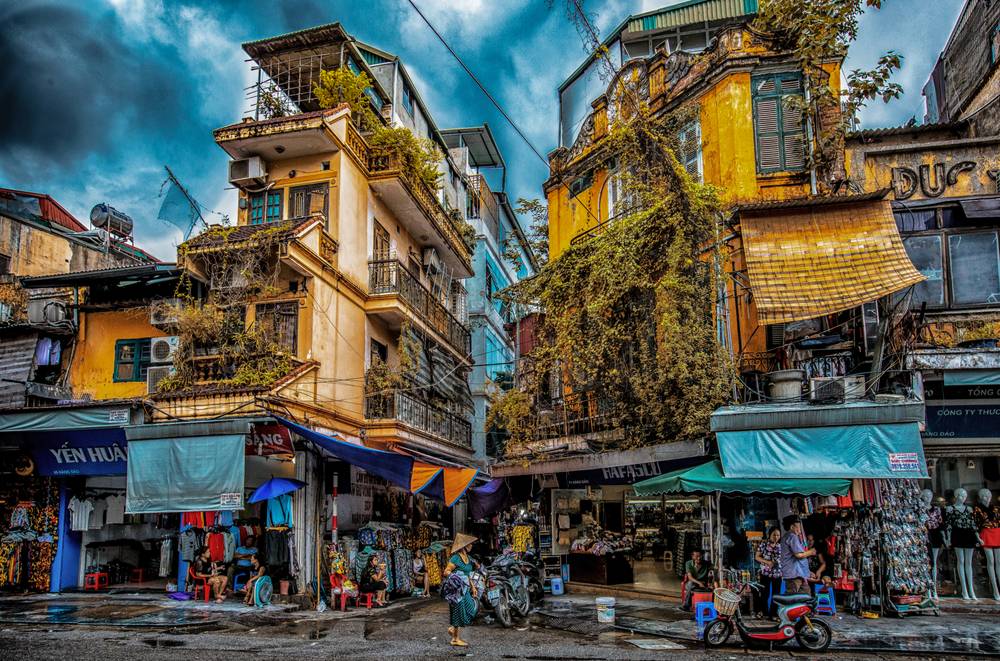 Looking to travel in Hanoi? Well, we’ve got the best Vietnam Hanoi travel guide on where to stay in Hanoi, the best Hanoi restaurants, shopping in Hanoi and the best nightlife spots!

The best place to begin in Hanoi is with the city’s top tourist draw – the Old Quarter.

Here, centuries of commerce can be charted amid labyrinthine streets and tiny alleyways. Hanoi, however, isn’t all about classic images of old Asia.

You’ll find classy lounges that wouldn’t be out of place in any world metropolis and bohemian hangouts where locals, foreign residents and visitors gather to soak in the atmosphere.

If you’re wondering what to do in Vietnam, and where to start, Hanoi is a good welcome. There are loads of Hanoi city tours available, otherwise just walk the streets and take in the wonderful sights, sounds, smells and tastes!

Tip: Book all of your travel in Hanoi and around Vietnam here.

A complete Hanoi travel guide, including where to stay, where to eat, what to do and the Hanoi nightlife guide.

Where to stay in Hanoi

Previously looked upon as the poor relation of Hanoi’s two Sofitel-owned properties (hardly surprising when the other is the revered Metropole Hotel), the Sofitel Plaza was re-launched in April this year following a major refurbishment. The new look is an appealing blend of Oriental charm and contemporary elegance. Major attractions include the setting near West Lake and lofty Summit Lounge bar on the hotel’s 20th floor.

You’ll get a modicum of peace away from the city’s insane traffic on the shores of bucolic Tay Ho (West Lake) at InterContinental’s impressive Hanoi property. Rooms in the main building are everything you’d expect from a major international chain, but for something a little more secluded book a room in one of the pavilions that jut out onto the surface of the water. For a nightcap or a sundowner, the hotel’s Sunset Bar — accessible via a torch-lit bridge — is perfect.

One of several smart, intimate boutique hotels that have muscled in on Hanoi’s hospitality scene, Golden Silk doesn’t try too hard to be trendy. That’s a good thing. It has smart, trim, comfortable and tasteful rooms and friendly service — a good value in the heart of the Old Quarter. Extra touches include a mini-bar and a steam room and Jacuzzi. 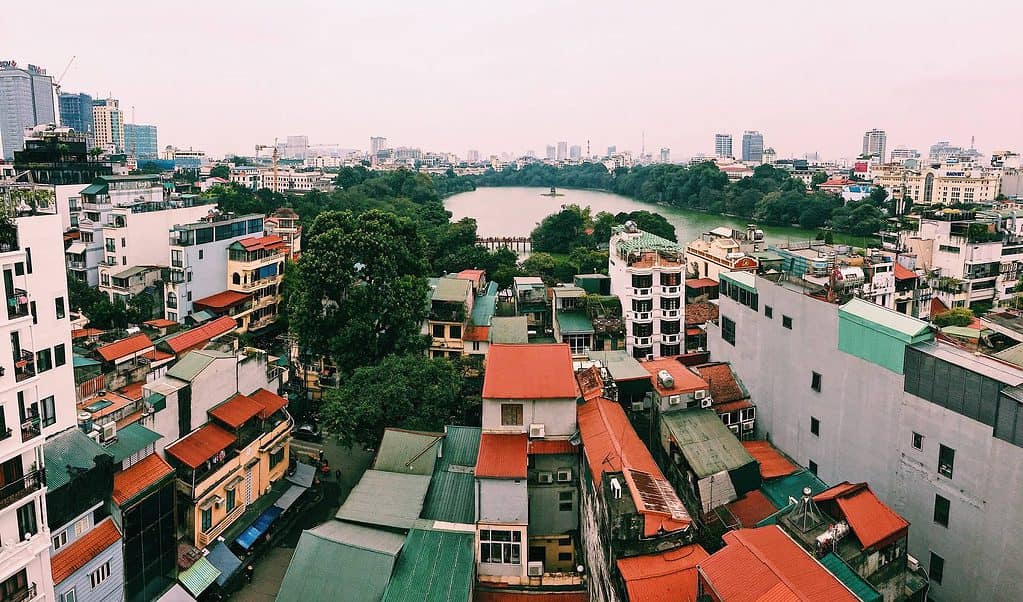 Where to stay in Hanoi, Vietnam

Looks like it tastes – colorful and fun. Rarely has a name been so apt. The English translation of this flawless venue is “delicious restaurant.” The concept is simple yet ingenious. Much of the best food in Vietnam can be found on the streets — the owners here have decided to serve local street staples in more up market surroundings. Gentrification hasn’t come at the cost of authenticity.

If you’re fortunate enough to be eating with a local you’ll navigate the menu easily. If you’re clueless just take a stab in the dark — it’s all good. The salads are exemplary, especially the goi ngo sen (lotus stem salad with shrimp and pork).

Founded by graduates from KOTO — a Hanoi restaurant that works to train homeless and disadvantaged children in hospitality skills — Pots and Pans is one of Hanoi’s best restaurants.

The food blends fresh Vietnamese produce with international cooking techniques and presentation. Dishes such as pork hock croquettes and Australian beef rolled in betel leaf prove that “fusion” is still a culinary style with lots of territory to explore.

Steak tastes good wherever you are. Argentineans are generally as adept at handling premium slices of beef as they are at kicking a football around — this new outlet hits the mark as unerringly as a Lionel Messi free kick.

The smart interior, which includes relaxed downstairs seating at the bar and a more formal dining area upstairs, is dotted with arty images of Latin America. The menu is meat-dominated. A full range of grilled items is available, but the star attractions are the steaks, which include flawless Wagyu tenderloin and prime USDA Angus rib eye.

Halia Hanoi is one of the city’s few fine-dining places worthy of the term, having won a string of accolades and a loyal audience since opening two years back. Fusion is the ethos here, with fresh Asian ingredients and marinating techniques that wouldn’t be out of place in Paris. Standout dishes such as slow-cooked duck breast with chestnut stuffing and a tender poached cod with mushrooms and Chinese spices nail the brief with nonchalant flair. 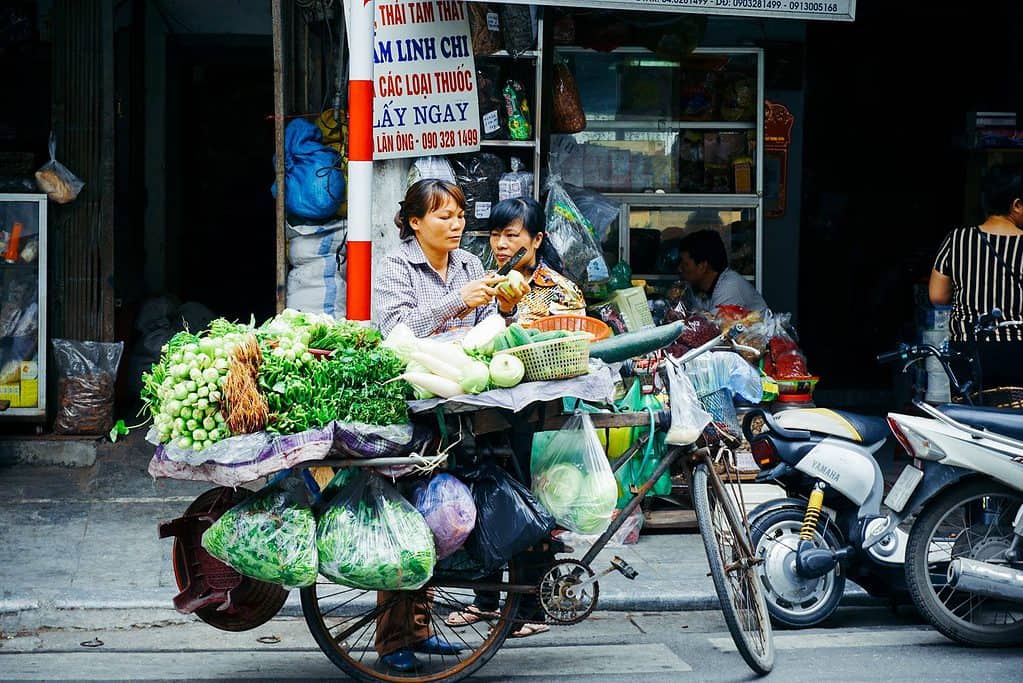 What to do in Hanoi: Nightlife

Another venue that marks Hanoi out as artier than anywhere else in Vietnam, Tadioto is the brainchild of poet, scriptwriter, journalist and all round Renaissance man Nguyen Qui Duc. The venue serves as a gathering point for the city’s creative and intellectual set. While most easily described as a bar, it’s also a forum for the arts with literary readings, installations, live music and exhibitions.

Hanoi Rock City is proof that despite a midnight curfew, Hanoi has nonetheless developed a hip nightlife scene. Outdoors, a massive English-style beer garden — complete with giant screen for big sporting events — packs in revelers most nights. The upstairs space is dedicated to all things musical, with live bands and DJs playing everything from straight ahead indie and rock to dubstep, heavy bass and reggae.

The CAMA guys have been providing righteous light in the general murk that is Vietnam’s left field music scene for more than five years. The independent promoters put on an annual music festival that’s the closest thing Vietnam has to Glastonbury, bringing more than 50 international acts to the country since starting out.

This, their latest venue, draws the city’s music lovers with its eclectic program of live acts and DJs. With a range of potent cocktails and local and imported beers, the bar is a convivial place even if there’s nothing on. 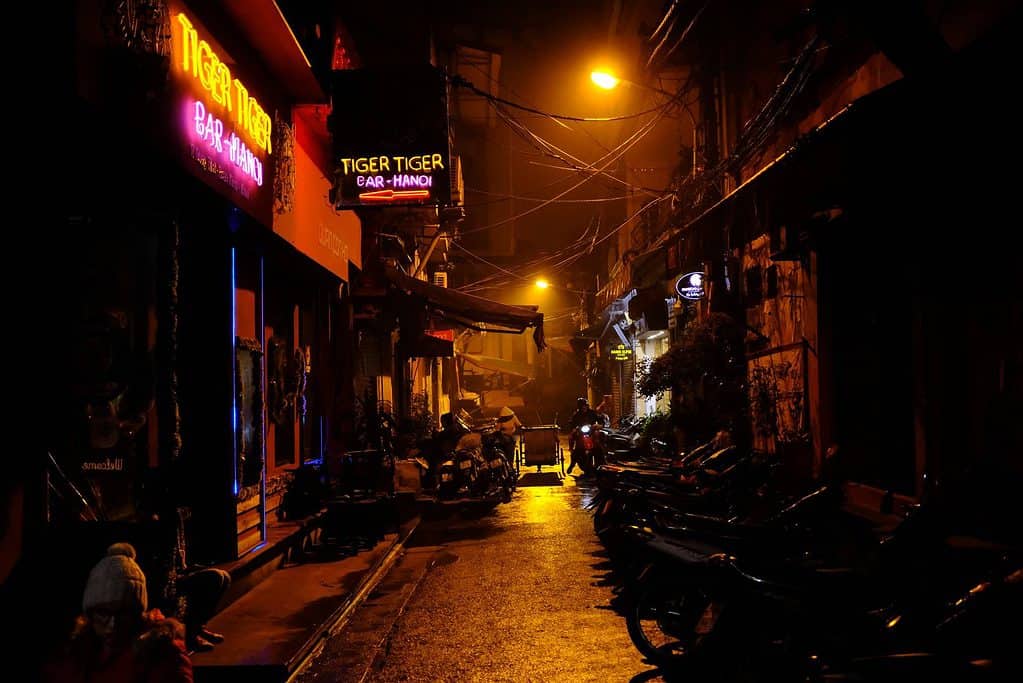 What to do in Hanoi: Shopping/Attractions

In many ways the Old Quarter is the Asia of popular imagination: vibrant and often stomach-turning market scenes, vendors in conical hats and hidden pagodas patrolled by impassive cats and shaven-headed monks. When planning what to see in Hanoi, you definitely need to include Old Quarter.

Shopping opportunities abound at markets such as Dong Xuan and streets such as Hang Gai (silk) and Hang Da (leather). Meanwhile, the area’s famous Communal Houses — mini-temples that are mostly protected from the street by well-disguised entrances — provide respite from the bustle.

Dining possibilities may be endless in Hanoi, but most visitors don’t even manage to get beyond the basics. Street food is deeply engraned in the culture of Hanoi. Join one of the many street food tours to learn more about the local (and always excellent) fare that you wouldn’t have a hope of finding on your own.

Ho Chi Minh’s mausoleum draws more tourists, but when it comes to investigating Vietnam’s rich tapestry of cultures this excellent museum is the best place to start. Vietnam has around 54 ethnic minority groups — mostly in the mountainous regions. In contrast to other museums in Vietnam, most of which are either politically skewed or offer little or no meaningful insight, this one details its subject matter intelligently through a range of media, including video and photography as well as costumes, tools, implements and arts and crafts. This tour includes a visit to the museum with lunch.

That’s it – our Hanoi travel guide!

Search and compare  for flights to Vietnam on Superboxtravel!