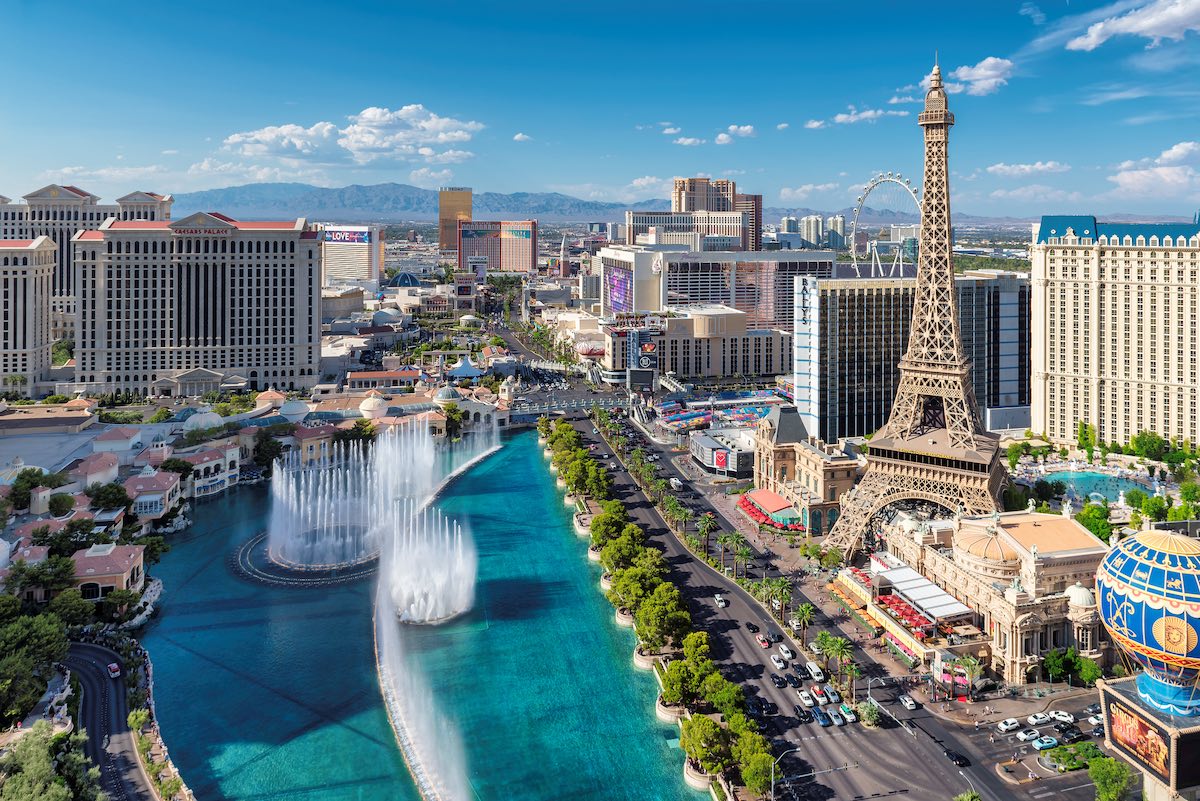 Large crowds of tourists have returned to Las Vegas – with the city’s casinos reporting near record numbers.

With the ongoing Covid-19 pandemic having had a major impact on the tourism industry worldwide, Las Vegas was no exception to this – with the 26th-most populous city in the U.S. having seen its world-renowned ‘Las Vegas’ strip resembling nothing but a ghost town for months on end.

And, there is no doubt that the city suffered greatly from the ongoing lockdowns and business closures that were brought about due to the Covid-19 pandemic – with financial losses having been recorded in the billions and billions of dollars.

However, fast forward to this present time – and the contrast could not be any greater.

Compared to the last year, March, 2021, the number of visitors to Las Vegas increased by a near 50% in the month just gone – with more than 3.3 million visitors having made their way to the Nevada state city – according to the Las Vegas Convention and Visitors Authority.

And, there is no doubt as to why so many people are now heading to Vegas – with the city offering so much for visitors.

Whether you’re looking to do something adventurous or ‘out of the box’, wanting to party the night away at some of the world’s most famous bars and nightclubs – or looking for an activity that the whole family can enjoy – Las Vegas really does have it all.

The city even offers some more ‘unusual’ attractions for those looking for something a little ‘different’ from the usual mainstream entertainment.

Casinos In Vegas Are Reporting Near Record Numbers

With the huge numbers of tourists – once again stepping foot onto the city’s iconic Las Vegas Strip – the city’s casinos are undoubtedly reaping the rewards, with the state of Nevada’s Gaming Control Board reporting a near 27% increase on takings compared to March last year (2021).

In fact, the $1.35 billion that the state’s casinos took last month was just short of the record amount of revenue recorded in a single month – which currently stands at $1.36 billion (July 2021).

Visitors To Vegas Can Expect Long Queues And Waiting Times

Of Course, with large numbers of tourists comes long queues – and therefore for those looking to head to Vegas right now will have to prepare themselves for potentially significant waiting times upon their arrival into the city, as well as throughout the duration of their stay.

Hotels in the city, which is infamously known as ‘Sin City’, are also experiencing an influx in bookings – with more than 80% of rooms reportedly being occupied.

And, with U.S. airlines continuing to add new direct Vegas-bound flights to their schedules, we are likely to see these numbers grow – especially with the city once again playing host to some of the world’s best and biggest shows and conventions on the planet.

One Of The City’s Major Casino Resorts Has Recently Reopened

Just last month we reported that one of the most famous casino resorts in Las Vegas – The Palms Casino Resort – was due to reopen its doors from the end of last month (27 April).

Although not located on the Las Vegas strip itself, there is no doubt that the resort will attract a huge number of visitors – with many wanting to check out its newly renovated property, which comes following new ownership and a $600 million refurbishment.