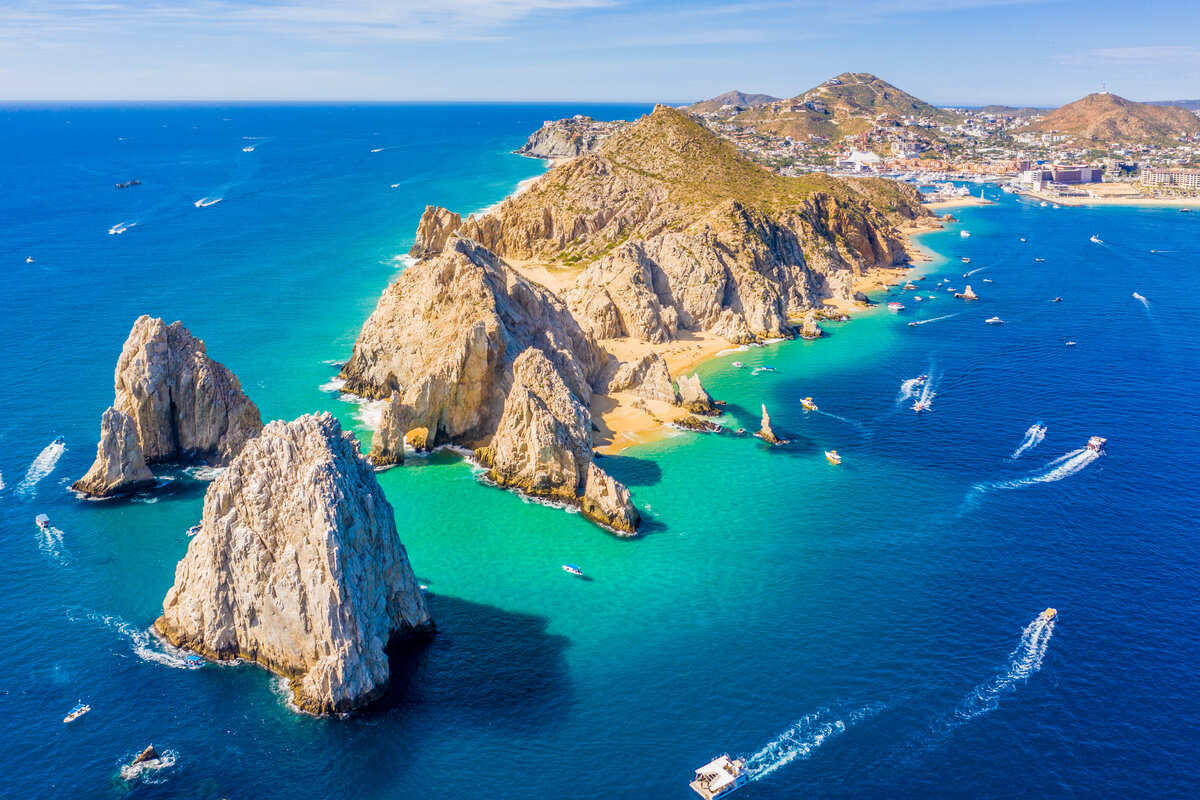 Ever since it opened up for tourism following Covid, being one of the first in the Western Hemisphere to do so, Mexico has been smashing arrival records. Its numerous beach hotspots are now some of the world’s most sought after vacations, and while Cancun has seen a notorious, albeit expected surge, it is bowing out as another promising destination takes center stage: the up-and-coming Pacific gem of Los Cabos.

For years, Mexico’s Caribbean coast had been at the forefront of the country’s tourism campaign, and judging by its pristine nature and vast cultural wealth, we can certainly understand the appeal. However, from the moment restrictions were dropped and flight frequency increased, Cancun – and the wider Caribbean – did not bounce back as fiercely as this other competitor.

That’s not to say it’s doing bad – it is surely smashing records – but wait until you see Los Cabos’ numbers:

Los Cabos Is The Hottest Destination In Mexico Right Now

According to the Los Cabos Tourism Trust (Fiturca), the influx of both domestic and international tourists in the region has far exceeded earlier expectations for the first semester, being now 24% higher than they were compared to 2019. In total, that translates into more than 2 million arrivals, or roughly 7.8% of all Mexican air traffic overall.

From January to May 2022, Mexico welcomed 25.4 million tourists, a 25.9% increase over previous years, and a truly phenomenal comeback for the Latin American hub when other countries like Canada and Australia, who opted for a hard-stance pandemic approach, continue suffering heavy losses – even after loosening curbs, which Australia did perhaps too little too late.

Back to Los Cabos, accounting for nearly 8% still doesn’t comprise a clear majority, but this is where things get really interesting. It is is yet to see an overwhelming wave of tourists other places like Cancun, Tulum, and even Mexico City normally deal with during the peak travel season, but it is growing, and doing so at an abnormally fast rate – much faster than Cancun even.

Its figures may be far lower at present, but compared to the saturated Cancun, which posted a laudable, yet more moderate 10% increase over 2019 figures, at least up until July, Los Cabos’ recovery so far is proving much more solid (and stronger). Keeping the momentum, it should be on track one day to possibly beat Cancun as the top Mexican destination.

Who Is Behind Los Cabos’ Surprising Success?

Of course, the Caribbean’s reigning queen will be a hard one to overthrow, but it’s also a fact that Los Cabos is closing on her, holding the potential to outpace other racers by year’s end. Of course, Americans play a huge part in making Los Cabos such a hot topic right now. 22% more of them have visited in 2022 versus 2019.

Out of those, 23% hail from Los Angeles, 16% from Dallas and 14.7% from Phoenix. Lastly, Fiturca mentions private jet operations in the area have been skyrocketing as well, up to 81% more than the pre-pandemic era. Before eyebrows are raised, flying private is actually way more affordable than many here think.

This newfound success isn’t attributed solely to international visitors, either: more Mexicans are being drawn to this trendy hub, up 34% from 2019 (as per Fiturca). Mexico City residents, including both Mexicans and American expats living in the metropolis, make up precisely half the sum, with Tijuana trailing behind at 19.1%, Guadalajara at 13.5%, and the rest of Mexico at 17.4%.

Elsewhere in the hospitality sector, hotel room occupancy reached 75% in Los Cabos, 54% more than 2019, proving the municipality’s world-class resorts and luxury accommodations are now rivaling Cancun’s once-untouchable Hotel Zone. Taking these data into account, and its rising popularity among Americans, what makes Los Cabos so great in the end?

Worry not: we have taken it upon ourselves to list a few of the main reasons:

We don’t know about you, but these are all good enough reasons to make Cabo our next winter getaway. How about you?