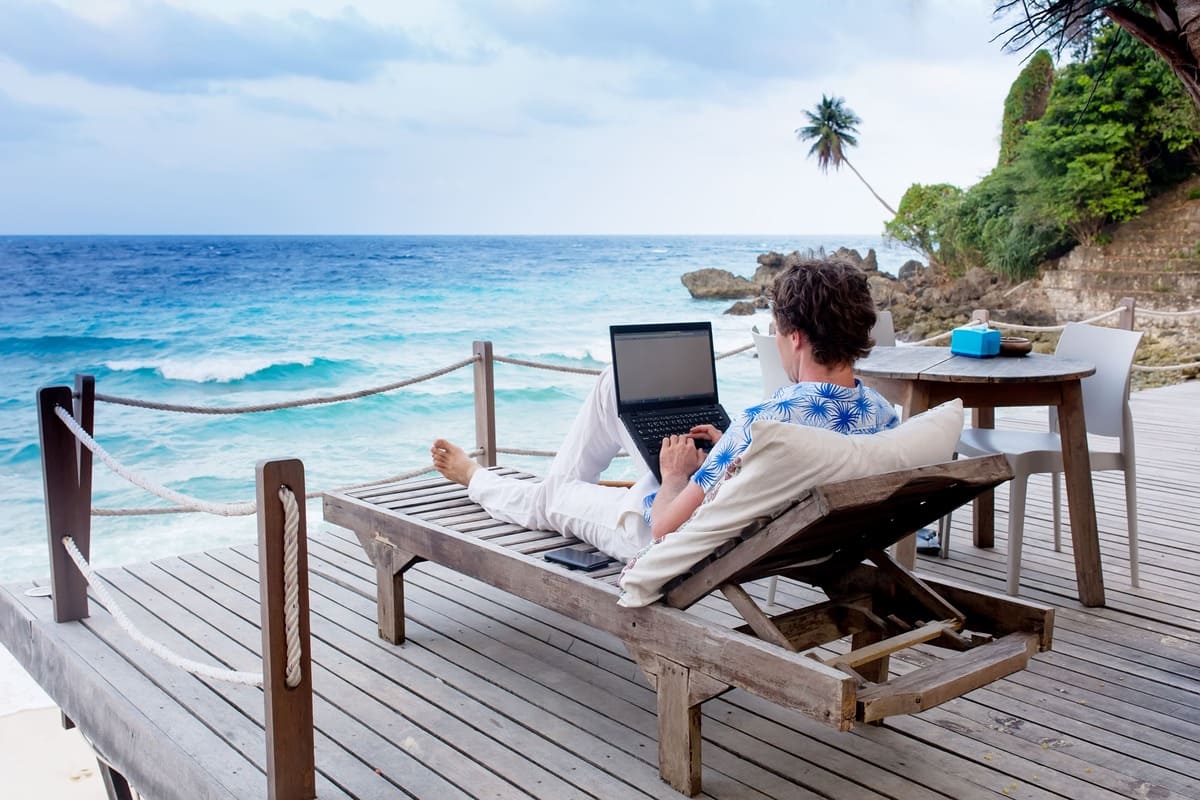 With digital nomadism on the rise and remote work becoming the norm, Mexico is overshadowing other countries as one of the friendliest destinations for temporary, self-sufficient migrants, even though it is yet to announce its own Nomad Visa. Great weather all year round, incredible culture, and super friendly locals? What’s not to like?

Throughout the health crisis, Mexico pursued what many had deemed an unorthodox approach by leaving its borders open for vacationers and long-term travelers. While most of its neighbors, including the U.S. and Belize, limited travel, it opted for far more lax measures, subsequently climbing to the top of the global tourism charts.

Even though the Americas have again reopened on a larger scale, all eyes remain on Mexico as it ascertains its status as a freedom-loving hub – and now, a nomad haven.

Mexico Getting Increasingly Popular Among Young Nomads Despite Visa Inexistence

Mexico is on a clear modernization path that sets it apart from all other Latin American competitors. Be it new scenic tourist trains and heavy investment in infrastructure, the roll-out of E-Gates for faster border screening, or a zero–tolerance policy when it comes to crime, the Mayan homeland is striving to be a fully developed international destination.

Naturally, it has started diversifying its tourist offerings, catering not only to luxury travelers, who keep flocking to Mexico as demand for budget vacations fades, but also to young digital nomads looking to reside south of the border temporarily, either to escape the bitter cold of their homeland or simply to challenge themselves as solo adventurers.

It seems Mexico’s appeal to this demographic is remarkably strong, irrespective of its own lack of a viable immigration route for nomads. Ángel Terral, AirBnB Mexico Country Manager, notes that the year 2021 saw a sharp 54% increase in long-term stays across Mexico. Of course, we should view this critically.

Not all Airbnb guests booking an apartment in Mexico City for an extended period of time – e.g., between one to three months – are necessarily digital nomads. They might have other reasons for extending their stays in Mexico, such as visiting family or friends, their studies, or even personal projects, but there’s no denying nomads make up a huge part of the sum.

In Cancun specifically, a large number of remote workers employed in the IT field has been noted, with Marco Erosa Cárdenas, President of the Mexican Chamber of Electronics, Telecommunications and Information Technologies (Canieti) arguing that those who ‘do not need to be in a workplace’ are likely to choose places like Cancun to stay for ‘a season’.

Elaborating further, Mr. Cárdenas said the pandemic has accelerated the ‘working from home’ trend, with the technology industry being ‘one of the most developed’ in this respect. He believes the pandemic has paved the way for programmers to live abroad while continuing to fulfill their work duties in the U.S. or Canada, or wherever their employing company is registered.

IT workers are only one slice of the cake, though: freelance writers, copywriters, designers, web developers, and language teachers are other professionals taking to the skies in droves. The figures are so expressive some hotels in Cancun are offering special packages to digital nomads setting up bases in the Riviera Maya.

Last summer, Marriott offered a special ‘productivity in paradise’ package for nomads. Effectively, they were able to book a minimum 7-night stay with a 30% discount across the entire Caribbean, most notably the Ritz-Carlton in Cancun. As part of the promotion, nomads had access to an extensive list of worker-friendly amenities, including co-working spots and a meeting room.

The Hive Cancun is another example of a digital nomad center, focusing exclusively on long-term stays for remote workers. Located only 20 minutes away from Cancun Airport, its strongest assets are fast, reliable WiFi across the property and a wellness culture: once they finish work, guests are free to unwind at the pool or one of the many saunas.

Elsewhere in Mexico, cities like Puerto Vallarta and Los Cabos are just as hot, with the former hosting a 5,000-people-strong Facebook group and both collecting countless nomad stories online. The megalopolis that is Mexico City is exploding in popularity, too, so much that locals are complaining of gentrification and excessive internationalization.

At present, 20% of Airbnb stays in Mexico fall within the ‘long-term’ category, or reservations exceeding 28 days, indicating nomads are taking over as one of the country’s most important customers. It’s important to note these claims are made based on data made available by a single platform only.

Commenting on why Mexico has become so massively popular within this niche, using AirBnB as a metric, AirBnB Mexico manager Ángel Terral opined it is due to ‘Mexico’s proximity to the United States’ and the fact it’s in a similar time zone, which increases ‘competitive advantages’ over destinations across the pond.

There is one caveat: Mexico is yet to follow the Costa Rica model. Unlike the Central American competitor, it has not unveiled plans to launch its own Digital Nomad Visa, in spite of the fact it already attracts more foreign workers and long-term visitors than other countries that have established visa routes of their own.

Visas Not Needed For Stays Under 180 Days

Currently, American and Canadian tourists can remain in Mexico for a full 180 days as tourists or business visitors. Regardless, some nomads deem six months in a country enough time before they jet off to their next destination. To them, Mexico’s lack of an appropriate visa will not pose too much of a problem.

For more information about visas to Mexico, we advise you to contact immigration specialists and/or the nearest Mexican Consulate.