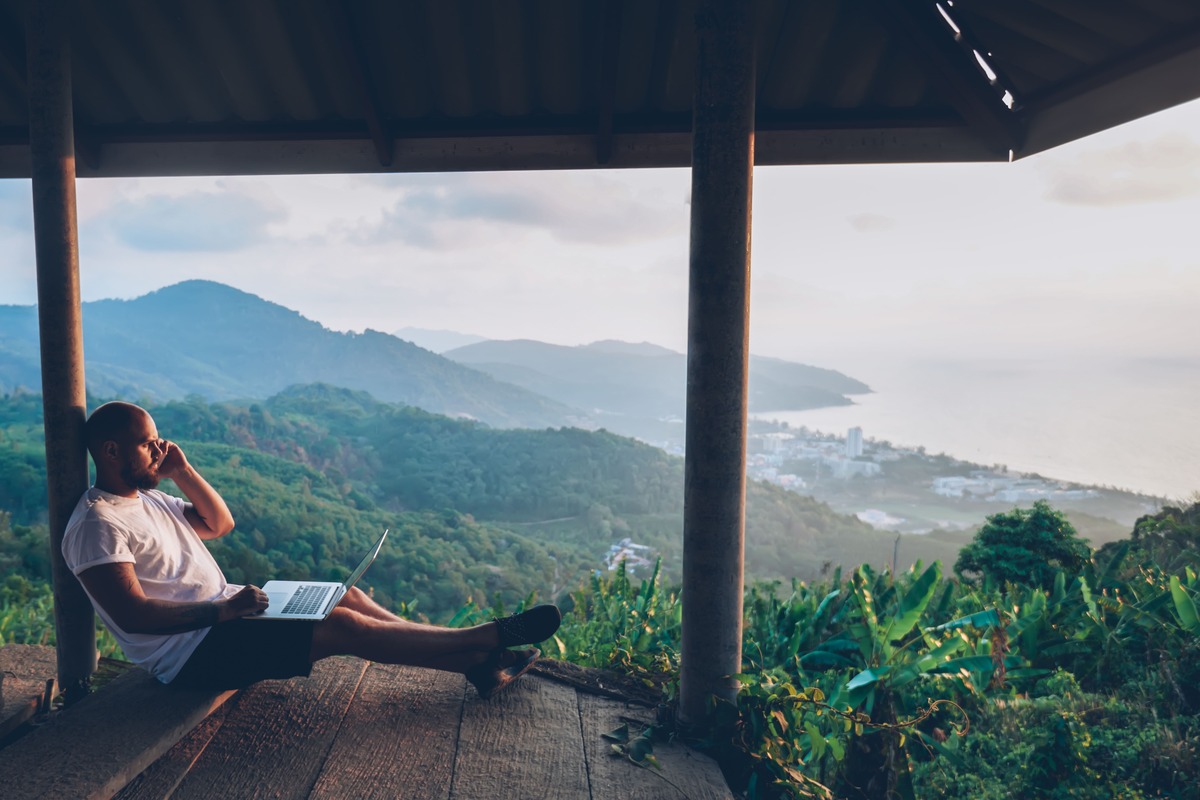 Despite being incredibly popular, digital nomadism is a concept many national governments are still skeptical of. Since immigration regulations have been traditionally strict, nomads and long-term travelers are advocating for these barriers to be lifted and travel rules made easier. Luckily, Airbnb is backing them up, holding talks with different leaders around the world to promote remote work and partnering with as many as 20 destinations to support the movement.

Digital nomad visas are a novelty, and in terms of both availability and accessibility, nomads are nowhere near the place they aspire to be. Although the number of countries offering these visas has been growing recently, especially after the pandemic subsided and borders reopened, they remain a minority and/or have difficult criteria that must be met.

On the bright side, as AirBnB puts it, there are some ‘remote worker-friendly destinations’ globally. There, nomads are not only welcome but have an opportunity to grow and expand their business:

Different digital nomad visas that have already been released have a lot in common, but at the same time, they can diverge drastically when it comes to financial requirements or just bureaucracy in general. Colombia’s visa, for instance, is one of the easiest to obtain: applicants must simply prove they make a minimum of $684 monthly.

The sum is way below the average national pay rate in the U.S., Canada, and most European countries, making Colombia an attractive destination for nomads, especially those who are younger and traveling on a budget. On the other hand, nations like Malta and Montserrat have much higher fees – the latter expects nomadic residents to prove financial resources of at least $70,000 per year.

Moreover, Costa Rica has launched an extremely simple visa process that is close to being entirely digital. It doesn’t subject applicants to thorough background checks – conversely, the Eastern European nation of Latvia has a more extensive list of requirements that must be met, including being considered a ‘highly qualified’ professional.

As you can see, there is hardly a consensus when it comes to setting up these rules, and there are currently no guidelines countries have to follow. Airbnb is, without question, the most powerful ally for digital nomads. Just last week, the vacation rental platform published a white paper in which it proposes a set of policy changes benefiting the category.

In essence, Airbnb is urging countries and some of the leading cities to ‘adapt’ and ‘improve’ the remote work experience. Besides adapting to the new travel trend, it wants governments to:

*Those include internet connectivity and community support for workers and their families, if applicable

According to Airbnb, these are the 20 destinations they will be partnering with to help support remote workers:

*Referring to numerous countries belonging to the geopolitical group

**AirBnB does not specify which parts of ‘rural’ France

Airbnb has been actively working with the destinations listed above to enhance the nomad experience. This close partnership will see the creation of ‘custom-built hubs’ for each country, as well as disclosure of important information regarding entry requirements, other visa policies that may apply, and of course, taxation.

Nomads have been known to favor destinations with more lax tax regulations and where they won’t face a crippling financial burden, such as Bali. When applying for Indonesia’s nomad visa, where Bali is located, Americans and other travelers may be eligible to live in the province for 5 years without paying any local tax.

Airbnb also stated they will find mutual solutions with these partners to promote ‘responsible hosting’ and acceptance of remote workers and long-term travel. These so-called ‘hubs’ will open later this year. The hubs will include all kinds of destinations, from whole countries, such as Colombia and Malta, to off path, smaller towns in Italy and France.

Not All Partners Have Digital Nomad Visas In Place

Out of the 20 listed, six countries below have not launched a specific visa for nomads or announced plans to do so. This is despite being popular nomad hotspots and/or having other immigration routes for long-term travelers:

Mentioning Bali specifically, Airbnb claims this partnership will ‘revitalize’ Indonesia’s tourism industry, offering a “fresh focus on longer, higher quality stays.” The platform further praises the Indonesian province for its “ample amenities, infrastructure and a lifestyle connected to nature and the local community.”

According to Nathan Blecharczyk, AirBnB’s co-founder, the company doesn’t want to act like it has all the answers at this point. However, they do believe that they’re ‘well suited’ for ‘information-sharing’, taking into account their ‘large footprint’ when it comes to travel. Blecharczyk was still transparent, stating ‘this stuff is not necessarily straightforward’.

There may be a surge in digital nomad conversions in the post-Covid world. However, not all destinations have shown receptiveness. Many simply don’t trust the process enough to open their doors to long-term travelers. After all, it almost always involves tweaking laws and loosening curbs on migration. This is something Western nations, mainly Europe, have been reluctant to do.

Even then, digital nomadism has been slowly carving its own niche in the Old Continent. Croatia, Albania, and the like are leading the movement. Airbnb continues pushing for a wider roll-out globally. The company has set an example by allowing its own employees to work remotely from one of 170 countries of their for up to 90 days every year.