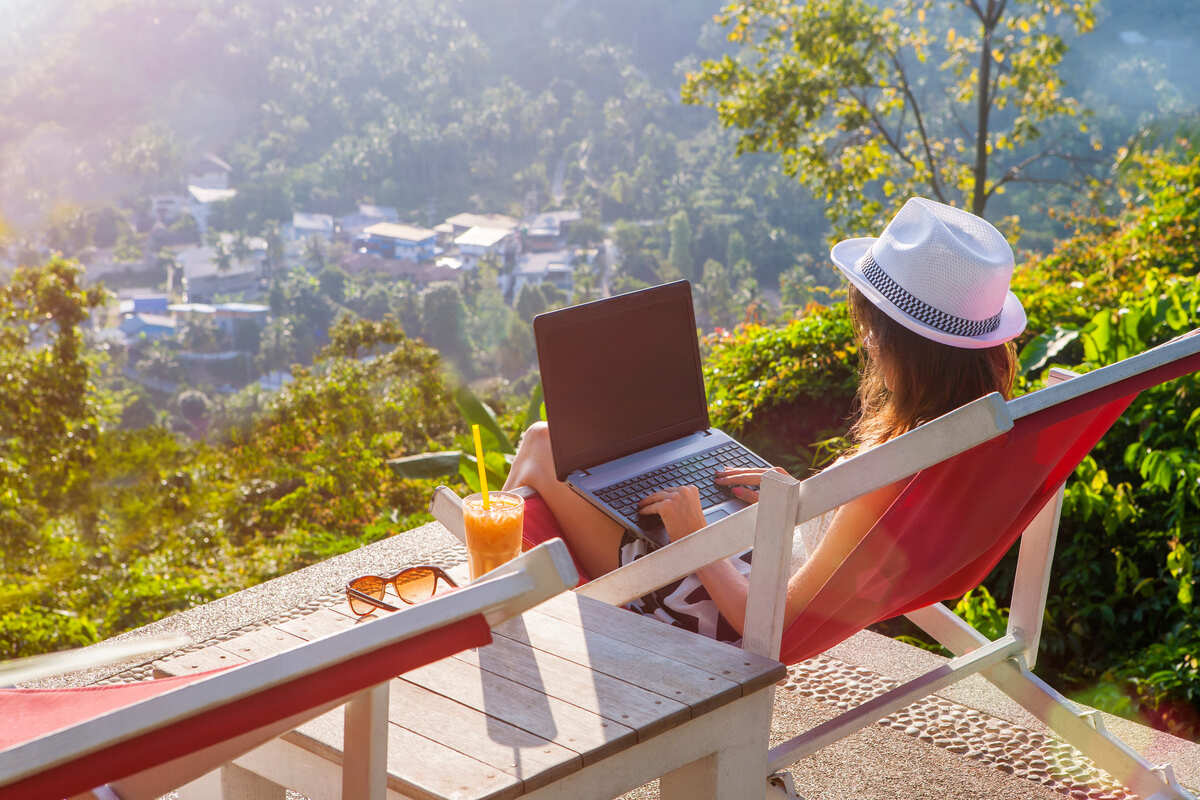 The Top 5 Most Affordable Digital Nomad Destinations In The U.S.

Acknowledging long-term solo travel as one of 2022’s leading trends, the famous home rental and booking platform AirBnB has unveiled the top 5 most affordable digital nomad destinations in the U.S. this year. Understandably, major cities like New York, Los Angeles and the luxurious Vegas did not make the cut.

The United States is not exactly known for being a digital nomad hub, mostly due to its strict visa rules, which keep most long term travelers out, as well as high cost of living compared to other budget destinations like Colombia or Brazil. For that reason, getting good value for money can be a challenge, especially in big urban centers and tourist hotspots.

That does not mean nomads living on a stricter budget can’t base themselves in the U.S. – they just need to know where to look:

The U.S.’s Most Affordable Long-Term Rentals Are…

In defining the top five most affordable nomad destinations in the U.S., AirBnB took into account the average nightly price for popular destinations only, where more than 1,000 long-term stays were recorded in the first yearly quarter. While ‘long-term stay’ is not a fixed period, it generally refers to trips longer than a couple of weeks, or even those exceeding one month.

With that in mind, the States’ best cities to live as a budget nomad are the following:

Angleton is Texas’ incredibly budget-friendly destination within the Houston-The Woodlands-Sugar Land metropolitan zone. A small city of less than 20,000 inhabitants, it has AirBnBs priced at a moderate $24,5 per night, far lower than Houston’s stratospheric $151, and a much more relaxed vibe than its neighboring metropolis.

In the municipality, nomads have a total of nine public parks to go on nature walks, besides being able to attend Brazoria County Fair, Texas’ largest, when booking stays throughout October. Despite being off the main route, it is not at all hard to get to: Angleton is only 43 miles south of downtown Houston and 18 miles north of Freeport, on the coast.

That way, young travelers can easily hit H-Town for a night out while still enjoying all the perks of residing in a quaint, traditionally Texan location.

A short two hour drive southeast of Minneapolis, Lamberton is a town in Minnesota home to roughly 800 inhabitants, nestled deep in the historical Redwood County. The area is famous for its abundance of nature, waterfalls, rivers and nature trails, something travelers are actively looking for after being confined to their homes for two years.

Basing themselves in Lamberton while exploring the beautiful surroundings, guests can expect to pay $24,4 per night, only a cent cheaper than Angleton, Texas. On the downside, Lamberton is much farther away from a big city than its Texan counterpart, although its remoteness is exactly what makes it appealing for nature enthusiasts.

As for cultural activities, popular attractions include the Corn Carnival Day and other rural events.

Yet another small city, Garretson has a population of 1,228 according to the 2020 census and owes its fame to the picturesque Split Rock Park, one of Minnehaha County’s most visited. In fact, it is only 23 miles northwest of Sioux Falls, the largest urban center in the state, making it a popular weekend getaway for locals.

When choosing to stay in Garretson as opposed to downtown Sioux Falls, nomads will not only get a much easier access to the town’s untouched nature, but also AirBnB fares that are about 82.3% lower. Instead of a crippling $130 nightly, budget nomads can find cozy rooms here for only $170,1 per week, or $24,3 per night.

If you’re a History lover, you might be interested to know Garretson is associated with the legendary outlaw Jesse James, being the site where he escaped a posse after robbing the First National Bank in Northfield.

You might have started to notice a running theme here. Once again, a small town features on this list, assuming the runner-up slot as the second most affordable AirBnB destination for long-term travelers: Catlett, a historical town an hour’s drive from Washington D.C., and one of the hidden gems in the state of Virginia.

Catlett houses a Historic District packed with late 19th and early 20th century landmarks, including a Gothic revival church built in the year 1872. Regarding accommodation, it is no wonder it is so popular among remote workers: it costs only $21.8 per night, or an average $610 a month, to live here as a nomad.

The town is particularly favored by those seeking culture, having been added to the National Register of Historical Places in 2008 due to its key role in the American Civil War.

The definitive winner, Tulalip (or Tulalip Bay) is an autonomous region of the State of Washington under the jurisdiction of the native Tulalip Tribes. Providing visitors with another nature escape, it boasts a myriad of forest reserves and lakes, as well as being in close proximity to the landmark Hat Island.

The average price per night in Tulalip is a record-low $16.9 per night, making it the cheapest long-term rental offer on AirBnB in the United States by a large margin. In nearby Seattle, the average monthly fare would be a staggering $4,590, or 89% more expensive to book. Interestingly, Seattle remains one of AirBnB’s most popular nomad destinations, in spite of the soaring prices.

Ahead of booking a stay, visitors are encouraged to learn about the place’s history and its status as a protected, autonomous area of Washington.

For more digital nomad news, including countries launching specific visas for the category, make sure you visit this link.