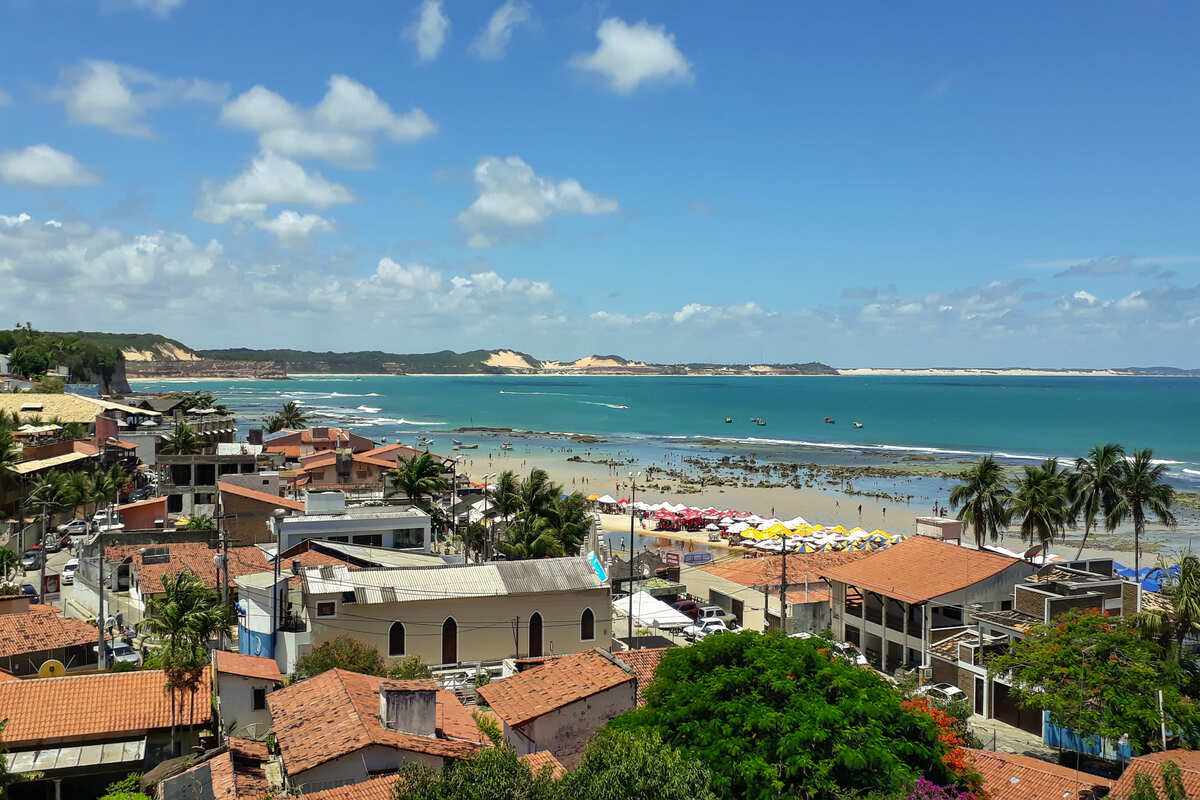 South America’s first-ever digital nomad village is set to open in Brazil, where remote workers will be able to base themselves as they explore one of the continent’s most exciting and culturally diverse countries. However, if you’re thinking tourist cliches like Rio or Sao Paulo have been selected as host cities, you are in for a big surprise.

Having spent two and a half years mostly sealed off from the rest of the world, Brazil is now keen on boosting tourism and being ahead of the curve when it comes to the latest travel trends. One of them is digital nomadism, a lifestyle that’s exploding in popularity in the post-Covid world, and on which the nation is banking on to boost its economy.

Having announced its own Digital Nomad Visa recently, it seems South America’s largest nation is preparing to become a major nomad hotspot:

The Nomad Village Brazil is a project run by the Portugal-based startup Nomad X, who identified the country, with which the European nation has close historical ties to, as the ideal location for building a digital worker hub. Of course, the kinship between Portugal and Brazil is not the only reason for this favoritism:

Europe may have come out ahead of other markets by opening up to nomadism a lot sooner, with Croatia being one of the first in the world to launch a specific visa for this category, but unlike Brazil, where the sun shines all year round, the Old Continent normally gets chilly and grey in the long winter months. Yes, even in the Mediterranean.

Even in the low season, coastal states in Brazil, especially in the North, still record temperatures well above 30 degrees, making it an ideal place for long-term travelers looking for somewhere warmer to linger a while longer. Interestingly, NomadX didn’t pick ‘The Wonderful City’, namely Rio, to welcome guests.

Instead, they are setting up the village in the unheard-of Pipa, a small coastal town in Northeastern Brazil where some of the country’s most breathtakingly beautiful beaches are located. Branding it an ‘escape’ from the harsh Northern Hemisphere winter, the company has picked Pipa’s Morada dos Ventos guest house to welcome participants.

The picturesque property is located in a natural setting only 800 meters from the gorgeous Amor Beach, and a 13-minute walk from the landmark Pipa Beach, the area’s main attraction. It features 3 pools, tropical gardens adorned with sky-high coconut trees, and bungalow-style apartments with varying levels of comfort. In sum, just the perfect nomad haven.

The guest house will serve this purpose from November 1, 2022 to April 23, 2023, comprising the Brazilian summer and some of the hottest months in the calendar year. Pre-registration is also open, and nomads can already secure their slots through the Nomad Village Brazil official website, where more information can be accessed.

How Can Nomads Get To Pipa?

The nearest airport to the place is Sao Gonçalo do Amarante International, serving the city of Natal, some 62 miles away. Currently, the only international flights arriving in Natal originate from Lisbon, Portugal, meaning there are no direct links from North America. Still, Americans can easily reach it via short layovers.

Brazil’s main entry points are in Rio de Janeiro and Sao Paulo, both only 3h10 or 3h20 away from Natal by plane. Yes, it’s a bit trickier to get to, but once you’re there, trust us, you won’t ever want to leave. As you might have realized, this is a pretty unusual location to set up a nomad village, far from Brazil’s busy urban centers and traditional tourist route.

On the other hand, the Brazilian Northeast is also where the country’s most scenic coastline is found, lined with up-and-coming tourist spots like Jericoacoara and Canoa Quebrada. Pipa itself is famous for its energetic nightlife and Bohemian vibe, known to attract thousands of tourists, both from neighboring municipalities and abroad, every year.

In fact, its relative remoteness is precisely what makes it an enticing destination: without being in a big, sprawling city where making meaningful connections can be more challenging, guests will be able to interact, and exchange experiences, much more easily, besides being surrounded by the stunning Brazilian nature in a quieter setting.

What Are The Conditions For Applying To Live In Brazil As A Digital Nomad?

Anyone who satisfies all of the requirements below can apply to live in Brazil for up to two years as a digital nomad:

*It is worth noting citizens of Mercosur and Mercosur-associated countries, such as Argentina, Uruguay, Paraguay, Chile, Colombia and others, already enjoy freedom of movement within Brazil and do not need to apply for visas working in the country

Although the Digital Nomad Village has an end date, as of now, it may well be extended into the future should it prove successful. Naturally, visitors wishing to stay longer can make their own private reservations for dates beyond April 2023, or move base elsewhere in the country (these 4 off path Brazilian cities could be a good starting point).

Read more about conditions of entry into Brazil and the latest Covid requirements here.