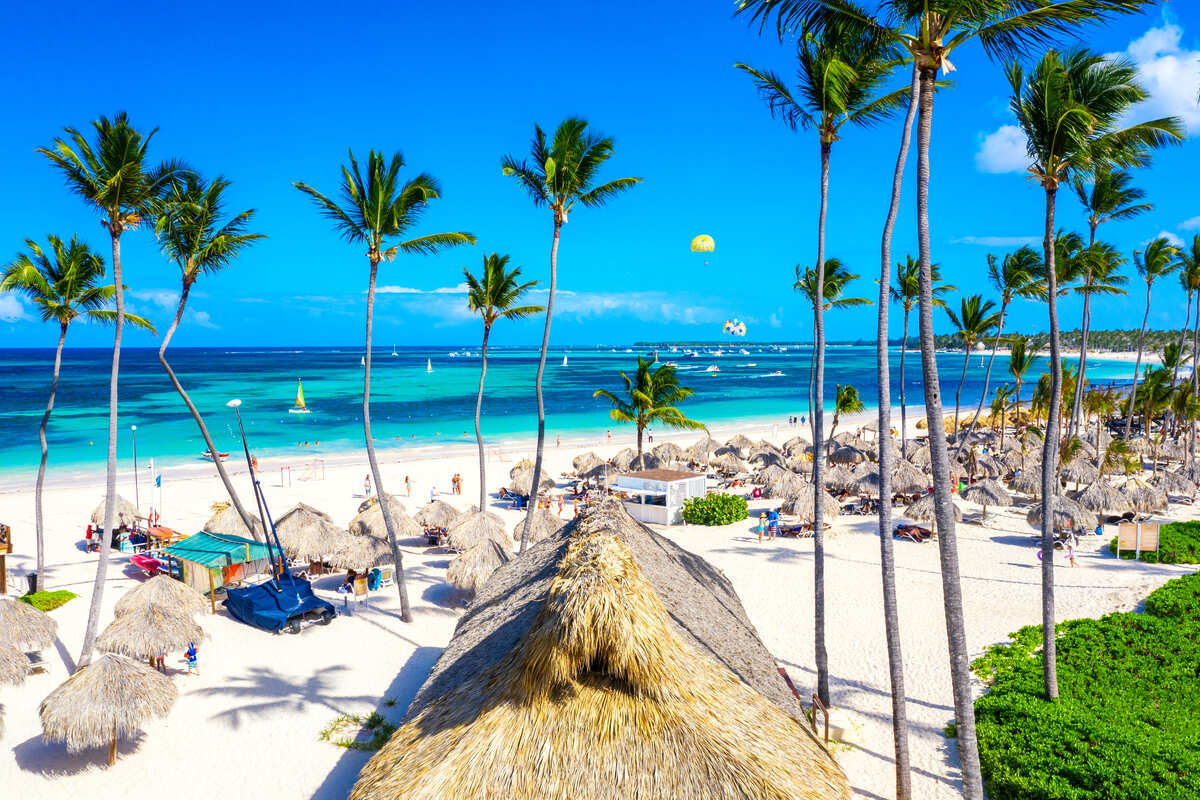 It’s an exciting time for Caribbean enthusiasts as the Dominican Republic has just been selected as the host destination for a luxurious all-inclusive mega resort, developed by Melia in partnership with Falcon’s Beyond. Luckily, they won’t have to wait long until the project is delivered, at least partially: the ‘first phase’ is opening as soon as December.

Punta Cana is one of the fastest growing destinations in the post-Covid scene, featuring some of the Caribbean’s most beautiful beaches, a resort strip lined with world-famous hotel chains and renowned for the quality of its services. Taking these powerful assets into account, it’s not hard to see why Melia and Falcon’s have favored it for their latest business venture.

Here is everything you need to know about the new tourism hub coming to the Dominican Republic:

What Are The Two Hospitality And Entertainment Giants Planning?

Cementing their decade-long partnership with entertainment development group Falcon’s Beyond, Melia Hotels International is about to launch an all-inclusive resort brand, starting in Punta Cana. Formally introduced as Falcon’s Resorts by Melia, the new property could eclipse in size, at the very least, all other competitors that have already set up base in the city.

It will see two other smaller hotels, namely the Paradisus Grand Cana and The Reserve at Paradisus Palma Real merged into a single, colossal structure, with a whopping 622 rooms between them, based solely on the number of available suites each has separately. However, further expansion is being considered.

Celebrating the news, Falcon’s Beyond CEO Cecil Magpuri said the company will play a huge part in creating an ‘unprecedented vacation experience that goes beyond expectations’, based on its collaboration record with some of the world’s largest hospitality brands, Melia included, and a 22-year History of ‘story-driven entertainment’. But what does that even mean?

According to Melia’s press release, the resort will be unique in the sense that it incorporates ‘immersive and interactive entertainment elements and technologies’ in a way that’s never been done before – and judging by the extensive list of amenities, originating both from the former hotels and enhancement plans, ‘immersive’ is a key word in this project.

Once it debuts officially, the first-ever Falcon’s Resort by Melia will feature:

While the grand opening is still going to take some time, the partners have announced the ‘first phase’ is due completion as soon as December. Namely, the re-branding of Paradisus Grand Cana, one-half of the future structure, will be taking place in time for the winter travel season.

This means guests will be able to get a sneak peek into Melia’s soon-to-be magnum opus much sooner.

The fine dining restaurants, multiple swimming areas and the highly anticipated swim-up suites will all be available by then. At a later date in 2023, during ‘phase two’, The Reserve at Paradisus Palma Real will get its own makeover, ahead of eventually becoming one with its former competitor.

In total, the large scale project has an estimated cost of $350 million.

Melia may be handling the hospitality side of things, bringing to the table a respected name and solid reputation in the hotel business, but it’s Falcon’s Beyond that’s revolutionizing the concept of ‘resort’ here. The new addition will, in fact, be part of the group’s ambitious Falcon’s Beyond Destination Punta Cana, set to become a Dominican attraction in its own right.

The development area, of which the resort is a part of, will house a theme park, scheduled to open between late 2022 and early 2023, coinciding with the Paradisus re-branding, as well as a ‘signature retail, dining, and entertainment district’. Effectively, a destination within a destination.

The inaugural Falcon’s Beyond Destination will include:

Of course, the ‘tourist colony’ will have easy access to the sea, meaning visitors will hardly have a reason to leave the complex. Those opting for different resorts will also be able to access the promising Katmandu Park and the lively Falcon’s Central, as designers plan to make it ‘directly accessible’ to guests of Melia’s network of hotels around Punta Cana and residents alike.

Of course, Punta Cana is only the beginning. The partnership is being extended to multiple destinations across the globe, starting with:

Falcon Beyond’s Destination Tenerife is set to open in 2024, once Punta Cana’s is up and running, and it should be shortly trailed by Playa del Carmen in 2025. As for Puerto Vallarta, its opening date has not yet been announced, though we can speculate it will happen sometime after 2026, should the brand follow this one-new-destination-per-year pattern.