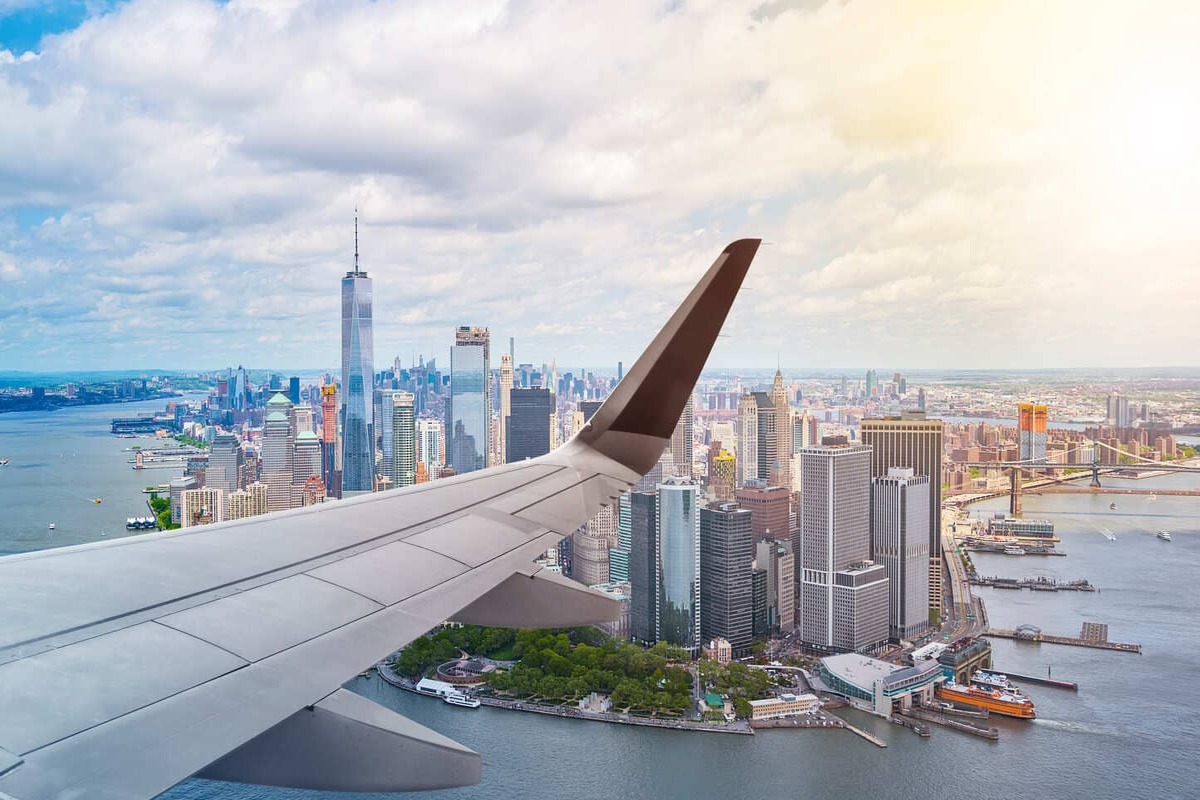 New York Is The Most Expensive U.S. City For Air Travel Right Now

Flight costs have soared through the roof since the world reopened for tourism. In the U.S., a pent-up travel demand has pushed prices up the highest, with the airfare inflation being attributed to a handful of destinations only. One of them is New York, named by TravelPerk the most expensive city for air travel right now.

The data compiled by the travel management company proves that the issues facing the aviation sector at present are not merely operational, or exclusively related to staffing shortages. These can also be traced back to fuel costs and the global economic recession, that is making flying increasingly expensive, particularly at major airports.

According to TravelPerk, travel costs in the Eastern U.S. have ‘increased the most’ in the second quarter, being the highest within the States, and on an extent, among the main global destinations. More specifically, the city of New York occupies the entire top three for most expensive airfares during the April 1st-June 30th period.

To put it simply, flying into and out of New York has never been costlier, whether it’s domestic or international routes. Fares for the ever-busy New York-Paris route has registered a staggering 62 per cent increase, the steepest rise on the list, while New York-Amsterdam is up a more moderate 36 per cent compared to the first quarter.

Domestically, flights from New York to San Francisco on the West Coast ‘nearly doubled’, indicating affordable air travel is seriously under threat, in Europe and beyond, for as long as the worldwide economic upheaval continues. The dire prospect has led even United to directly call out the American Government on their foreign policy strategy.

Namely, the country’s dependence on foreign oil, which has done Americans no favor after Russia started a violent campaign against its neighbor Ukraine, seriously disrupting the global supply chains. After all, Russia is the second largest oil producer, and the sanctions enacted against it have forced countries to seek alternatives elsewhere – at a cost.

Commenting on the data, TravelPerk Chief Revenue Officer JC Taunay-Bucalo confirmed inflated airfares in locations such as New York are directly linked to ‘increased fuel costs, a shortage of labor and disruptions to the global economy’. In more dispiriting news, Taunay-Bucalo expects this upward trend to remain for the rest of the year.

Comparatively, there may be some ‘relief’ for travelers who were unable to fly during the summer due to the prohibitive costs. Amid the oscillating prices, August and September may actually be the best months to travel, when fares should drop significantly, albeit temporarily, ahead of new hikes forecast for November and December.

Expensive tickets are not the only thing making vacationers reconsider New York as their destination, or even a connecting hub: TravelPerk has found that accommodation in the city has ‘some of the highest levels of inflation‘ for the second yearly quarter, at 49 per cent. On the bright side, it doesn’t beat Chicago, up 77 per cent, or even Boston, up 63 per cent.

This is still no consolation, seeing that these ‘modest’ hotel fares are coupled with cripplingly overpriced flights. Some other international routes where pronounced rates were observed include Berlin-London (43 per cent), London-Berlin (42 per cent), London-New York (35 per cent), and Sao Paulo-Amsterdam (28 per cent).

The West Coast Manages To Avoid The Steep Airfare Rises

Interestingly, San Francisco, one of the Western U.S.’s busiest airports, has not been hit as hard. Hotels in the city have seen a 22 per cent increase in hotel costs, besides having the ‘lower’ airfare inflation rates, quarter-over-quarter, in stark contrast with New York’s towering figures. In fact, San Francisco flights to London are down 4 per cent.

As air travel becomes marred by exorbitant costs and widespread disruption, passengers may want to consider other (somewhat) cheaper means of transport, including the railway. Luckily for you, on this article, we have already rounded up five of the most incredible train journeys in North America, including the scenic New York to Chicago Cardinal Train.