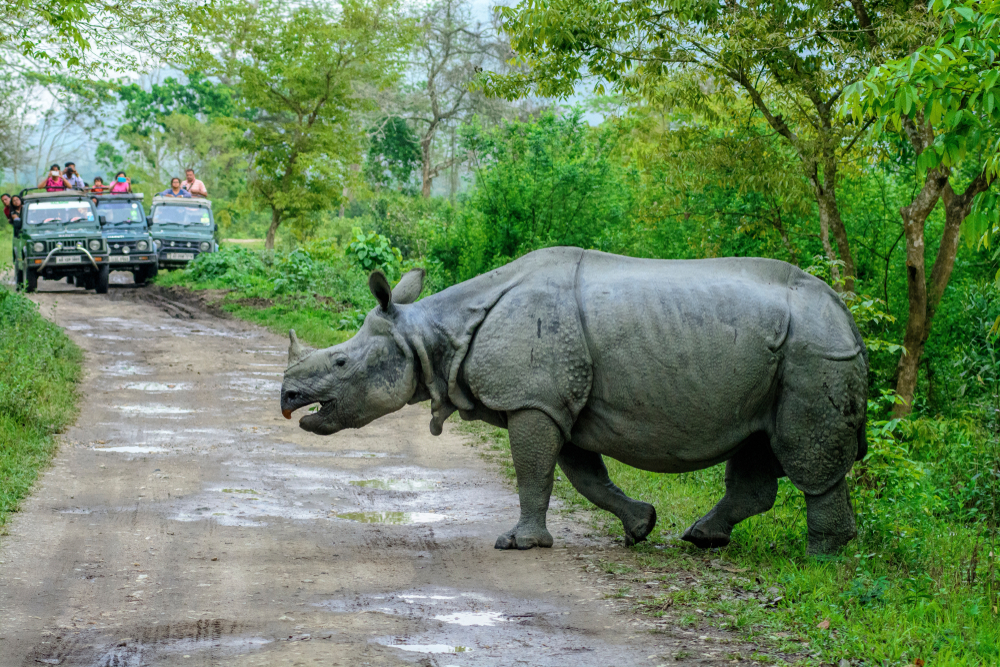 Elephant safari and jeep safari in the park were closed in May due to the monsoon. The park, which hosts two-thirds of the world’s great one-horned rhinoceroses, is a World Heritage Site.  Assam Chief Minister Himanta Biswa Sarma and Sadhguru Jaggi Vasudeva of Isha Foundation formally opened the Kaziranga National Park (KNP) for tourists for the forthcoming season.

Sadhguru and the CM, accompanied by Tourism Minister Jayanta Malla Baruah, also took a jeep safari at the park. They also unveiled three statues of rhinoceros at Mihimukh area of the park. These statues have been created using the ashes from burning seized rhino horns on September 22, 2021. As informed by a news report in East Mojo.

The state had created history when a stockpile of 2,479 rhino horns was consigned to flames to send a strong message to poachers. “The rhino statues thus created is an attempt to immortalise the efforts and dedication of those who selflessly protect Assam’s pride, the great one-horned rhinoceros,” Sarma said.

Earlier, addressing a ‘chintan shivir’ of ministers, legislators and top officials, Sadhguru underscored the potential of eco-tourism in the Northeast for the development of the region. “If private parties with competence in this sector are roped in, accelerated development can be achieved within a short span of time,” he said. “Tourism is one of the easiest industries to develop and also the most eco-friendly one. It engages a lot of people without ripping the land apart,” he noted.