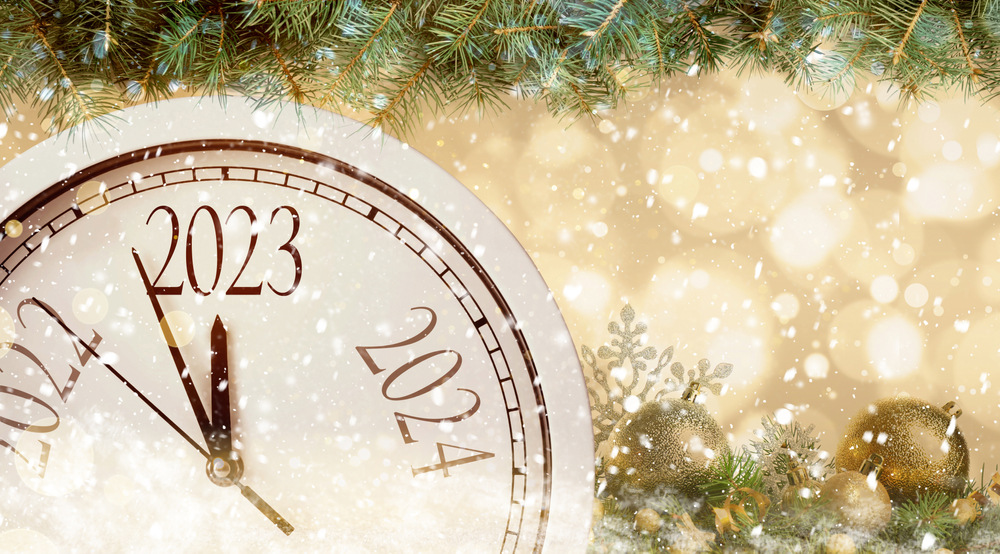 From wearing red underwear in Spain to lead pouring in Germany, here is how other countries bring in the New Year in the hopes of good fortune. As the end of 2022 approaches, the research team at Busuu have delved into different cultures to see how they will be bringing in 2023. For most people in France, New Years is like a mini Christmas with presents and money exchanged on the first of January.

Other countries like Spain have several superstitions and traditions that they believe determine what kind of year they will have, like toasting their drinks with gold in them. A spokesperson from Busuu said: “There’s so much anticipation for the New Year, people all across the world are waiting for the clock to strike twelve.

“It’s actually really interesting to see what other cultures and countries do to bring in the New Year – everyone has their own traditions and superstitions, some of which are really interesting. “In the UK you’ll probably go out for some drinks before singing Auld Lang Syne at midnight, the French do something similar too.

“But other countries have their own traditions that they carry out which they hope will bring them good luck in the year ahead. “For example if you ever decide to spend New Year in Spain you might want to pack some red underwear. The Spanish believe that wearing this colour on New Years Eve will bring good luck!”

How other countries celebrate New Years:


It’s no surprise that on New Year’s Eve the French dress to impress no matter what their plans are. People will either head out to restaurants or put on a buffet at home, and enjoy oysters and lobsters before exchanging small gifts with one another.

When the clock strikes twelve, everyone will turn on the TV and join in with the countdown before singing ‘ce n’est qu’un au revoir’ – their version of Auld Lang Syne. New Year’s Day tends to be very similar to Christmas, filled with tasty food, presents and money for children and lots and lots of champagne.


When it comes to New Year’s Eve traditions, Germans have quite a few. But one of the most interesting ones seems to be Bleigießen (lead pouring).

This tradition is believed to tell you what the new year will bring – people heat a little piece of lead in a spoon held over a small flame. Then they drop it quickly into cold water and the strange shape it then takes on reveals what the year will bring.

Germans will tend to eat meals that last sometime to help make the evening feel shorter. A popular food is raclette, where cheese is melted on a table-top grill and accompanied by meats, pickles and potatoes. Bowle (punch) is an absolute must have for Germans hosting New Year’s Eve. They love combining fruits, alcohol and juice for their guests. At midnight they clink with glasses filled with champagne and on New Year’s Day it’s common to attend concerts – the most famous one in the German-speaking world is Neujahrskonzert in Vienna, Austria.


In Spain there are a number of traditions that are carried out in order to attract good luck, like wearing red underwear!  The main tradition that people tend to follow is campanadas, which is when people eat twelve grapes in the last twelve strikes of the clock before midnight.

Another tradition is actually to run a 10km race, called San Silvestre. These races take place all around Spain, but the most famous one is San Silvestre Vallecana which takes place in Madrid. The Spanish will also dive into a tasty selection of appetisers throughout the evening which include ham, cheese and seafood before their main dish which tends to be meat or fish.

New Year’s Day is typically spent with family but the get-together tends to end around 6pm due to the celebrations from the night before.