The newest member of the Sticks’n’Sushi family has just arrived in London’s Soho, serving up delicious Japanese cuisine with a Scandinavian twist.

They have just opened their seventh restaurant in London at 40 Beak Street in Soho, which comes hot off the heels of their recent successful opening in Kings Road, Chelsea.

Created by Danish-Japanese brothers Jens and Kim Rahbek Hansen, the first Sticks’n’Sushi opened in Copenhagen in 1994. Now there are more than 20 restaurants across the UK, Denmark and Germany.

The concept is simple but effective: diners pick from a vast menu of Japanese “sticks” (skewered meat known as yakitori), fresh sushi and colourful salads.

The décor combines Japanese minimalism with the warmth and cosiness of Danish hygge. At Sticks’n’Sushi Soho the restaurant covers two floors, and the top floor in particular is quite striking. The large, open space streams with light from the many windows, and light fixtures hanging from the ceiling are inspired by Japanese Noren curtains.

The furnishings are charcoal black and very Scandinavian in design, with a quilt effect on the tables and functional chairs. Chopsticks balance on small rocks for added design flair. At the back of the restaurant is the bar (also black) with an impressive selection of Scotch and Japanese whiskeys.

The menu at Sticks’n’Sushi is a work of art in itself, and is self-described as a “photo album”. A professional colour photo accompanies every dish, so you know exactly what you are getting. It’s a big menu and we struggled to decide what to choose.

In the end, we opted for the Green Fish: a bowl of tuna, salmon and hiramasa tataki sashimi with lotus chips, and perhaps surprisingly, Parmesan cheese. We also tucked into Suzuki Kataifi: Japanese sea bass with truffle oil, and Hotate Kataifi: crispy scallops with miso aioli that were a total revelation.

What really struck me were the amazing flavour and texture combinations. Truffle oil and Parmesan cheese are an uncommon presence in a Japanese menu, but they complimented the dishes very well.

For our main course, we chose the Hell’s Kitchen Sushi: one of the restaurant’s most popular dishes. Tempura shrimp, avocado and a spicy sauce is topped with tuna to create a mouthful of joy.

This was accompanied by a Kushi Katsu “stick” – duck breast with panko breadcrumbs and wasabi Caesar – and a Shake Teriyaki “stick” – salmon, teriyaki and spring onion. Both were flavoursome and surprisingly filling.

We also ordered the colourful Green Bird Salad with marinated chicken and soy egg. While I thought the egg was runny and delicious, the chicken was too dry for my liking.

Our meal was accompanied with a glass of plum wine and the low hum of a jazz music, which created a nice ambience.

Sticks’n’Sushi Soho is an excellent addition to the growing family and I really enjoyed my meal. The food is beautifully presented with some unusual flavour combinations. There are still plenty of dishes on the menu I would love to sample, so I’ll certainly be back.

Getting there: The address is 40 Beak St, Soho, London, and the restaurant is in walking distance from multiple tube stops including Tottenham Court Road, Bond Street and Leicester Square. 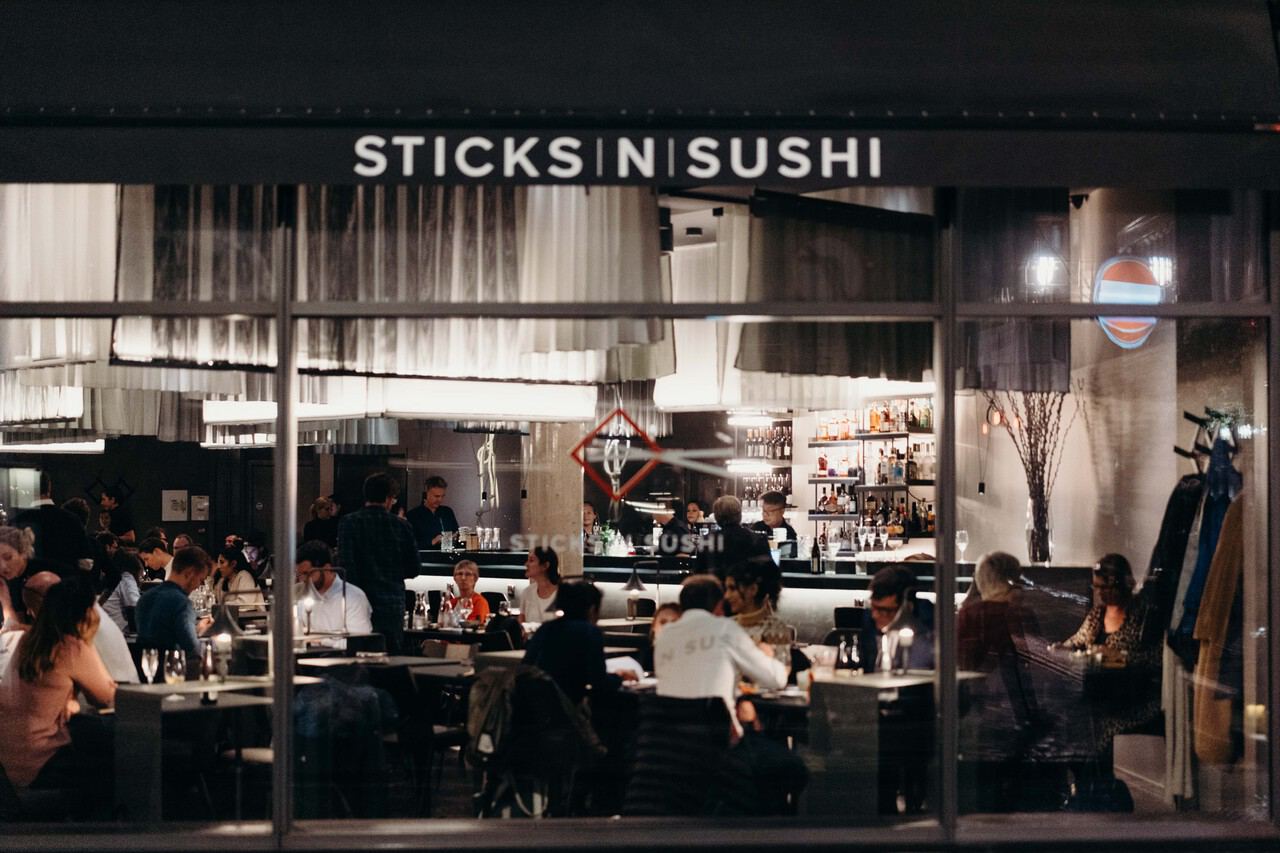