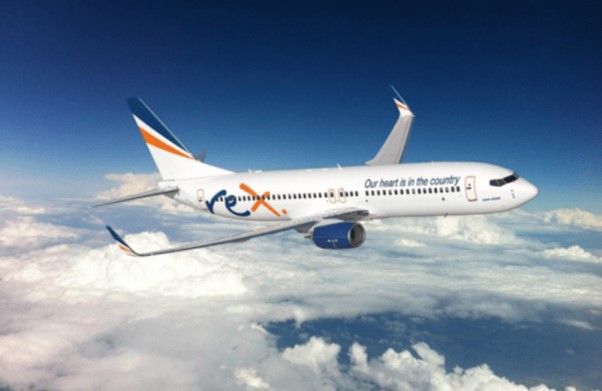 Rex turned a profit in September for the first time since commencing operations in February 2022.

Rex’s domestic aircraft network had increases in passenger numbers of 60%, 34%, and 77% from June 2022 to the first three months of the current fiscal year.

According to Rex executive chairman Lim Kim Hai, revenue growth has been considerably more significant at 84%, 47%, and 137% for the same three months, implying considerable yield gains.

According to Kim Hai, “the Board offered advice on 2 August 2022 that it expected FY 2023 to be profitable generally,” and the latest results have further reinforced that conviction.

There was a 16% increase in passenger volume on the jet network in the first half of October 2022 compared to the same period a year earlier. There was a 35% increase in revenue on 13% more flying, so this bodes well for the rest of the month.

Because of the COVID-related shutdowns in 2021, Kim Hai claims that Rex began its domestic jet operations in February this year.

He said it is ” unprecedented in the airline world” for a company to turn a profit soon after resuming operations.

According to the company, “this result was foreshadowed in our media release of 24 June 2022,” in which it was stated that “the agreements with corporates and travel agencies, finalised at the tail end of the prior Financial Year (FY), would very quickly translate into strong passenger and revenue growth.”

Due to the high demand, we are actively seeking to add two more Boeing 737-800NG aircraft to our fleet of domestic jets.