There’s terrific hotels, extremely good restaurants and very atmospheric bars, but most of all Les Deux Alpes has some of the best skiing in the Alps. It offers the highest slopes in the whole of Europe and the largest skiable glacier on the entire continent.

Oh yes, and for good measure, it also boasts the longest piste on the planet.

One of the most popular destinations with British skiers, who make up nearly 20 per cent of the visitors, Les Deux Alpes is the oldest French resort after Chamonix.

Les Deux Alpes sits on the edge of the spectacular Écrins National Park, the largest national park in France. When the resort first opened in 1939, its sole lift was a rudimentary tow rope, which sadly collapsed a quarter an hour after its grandiose opening ceremony. The village was fully developed as a ski resort after the Second World War.

Variety of skiing: Les Deux Alpes offers a huge skiable domain that takes in 46 lifts and 96 pistes, stretching over 200km of groomed slopes.

That includes the longest piste in the whole world. If you have got the energy, it is a lung-bursting 12 km from the top of the glacier back to the village. Along the way, you drop an ear-popping 1,771m.

Les Deux Alpes has runs to suit all abilities – from Olympian to beginner. Unusually, the pistes lower down the mountain are more demanding, which has given Les Deux Alpes the nickname of “the upside-down resort”.

Breathtaking views: You don’t even need to be a skier to be stunned by the vistas. Pedestrians can travel to the top of the glacier at 3,421m via a charming funicular railway that tunnels through the side of the mountain.

At the summit of the Dôme De Puy Salié, there is an astonishing suspended glass platform known as the Belvédère Des Écrins. From there, you get an intoxicating 360-degree view of the surrounding area, including the Écrins National Park and Mont Blanc in the distance.

While up there, you can also visit the magnificent natural structures inside the ice caves which have formed in the heart of the glacier.

The photogenic nature of the resort has also attracted filmmakers. Jeremy Clarkson raced up down the main drag here for benefit of The Grand Tour cameras a couple of years ago.

Guaranteed snow: Even when visitors to other resorts are struggling to find any snow and starting to consider the merits of spending a day at their hotel spa, you can always be sure of getting on to the slopes at Les Deux Alpes.

It is open for skiing all year round. A quarter of the skiing in the resort takes place between June and September at 3,600m. Visitors can ski over 110 hectares on the Girose and Mont de Lans glaciers which are perched high in the mountains overlooking the town.

Family-friendly:  Children are very well catered for. In the Les Cretes area, it has a kids’ park for skiers under the age of ten. Here children can learn to freeride in safety. At the bottom of the slopes, there are also five free lifts for skiers under five years old.

Each year Les Deux Alpes puts on two events specifically for children. The Junior Foliz Festival, running this year from 15 to 19 April, offers a range of child-friendly winter sports. Meanwhile, Micro Kids, held on 14 April, is a snowboarding competition for children.

Party resort: Very popular with university ski trips, Les Deux Alpes knows how to enjoy itself. Offering 25 bars and three nightclubs, it is the resort that never sleeps. Apres-skiers particularly enjoy having a post-piste drink in the lively mountain-top bar, Le Panorama, and then getting the lift down to the resort. Much safer than skiing back after an aperitif or two!

Festivals:  Les Deux Alpes hosts several buzzing festivals every year. Perhaps the most popular is the Rise Festival, which is held every December at various outdoor venues throughout the resort. There are few more exhilarating experiences to be had in the mountains than skiing all day and dancing to a great band on the slopes all night. This year’s Rise Festival – whose catch-line is “Party on Top of the World” – takes place between 14 and 21 December.

Les Deux Alpes has 29 hotels. You can find one to suit your pocket.

There are 70 restaurants to choose from. One of our favourites is the excellent Diable Au Coeur, situated at an altitude of 2400m at the top of the Diable lift. Its vast terrace gives visitors splendid vistas of the nearby peaks. The attractive, wooden-clad interior is decorated in a traditional fashion with curly hunting horns and vintage skiing equipment. In the centre of the dining room stands a blazing fire.

You can take off your ski boots and – nice touch, this – warm your feet in a pair of slippers supplied by the restaurant. 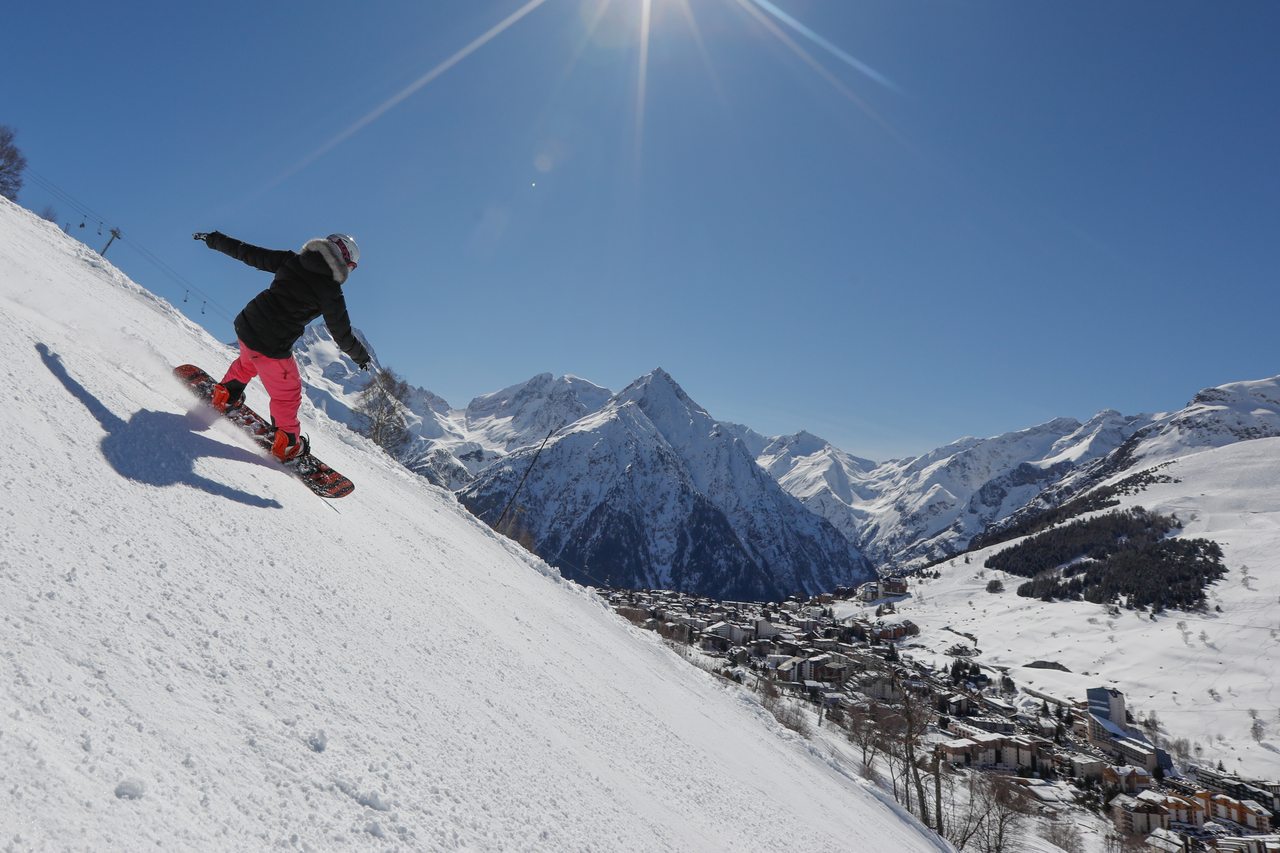 10 Amazing Cities to Visit in Asia