I made a calamitous mistake at Bilimungwe bush camp. Failing to close my chalet door firmly as I went for lunch, some mischievous baboons entered. They ripped the mosquito net, ate the soap and tossed a cushion into the lagoon, likely startling the elephants which were hosing themselves with murky water just metres away. Yet this is what I came for. Not baboons rummaging through my stuff, obviously, but thorough wildlife immersion. By Mark Stratton

Your choice of accommodation helps to shape your safari experience. The options may sound a little bamboozling: whether to select a lodge, tented camp, or bush camp? But it’s the latter that’s more likely to lead to the most visceral and exhilarating encounters and a sense of being submerged in nature.

In issue 80 Travel Africa featured an article differentiating options in Zambia, where Bilimungwe is located, in South Luangwa National Park. Lodges and tented camps were described as ‘hotels in the bush’: more permanent, often open all-year, with more rooms and constructed from modern building materials, with restaurant-style dining.

By contrast, bush camps were termed ‘intimate, low-impact hideaways’: often seasonal and built from natural materials with a sense of exclusivity hosting perhaps a dozen guests, and unfenced so animals may pass freely through — a quality I recall in Chad’s Zakouma National Park at an eight-tent bush camp, when a fellow guest discovered a lioness in her en-suite bathroom, presumably not there to use the bucket shower.

You can of course experience wonderful game drives at lodges and tented camps, but at a bush camp wildlife comes to you. “Bush camps are a thoroughfare for animals, while being stylish and comfortable, albeit without luxuries like aircon,” defines Alex Stewart, Bilimungwe’s Australian camp manager.

Ranging from indigenous-style woven huts (like those at Kafunta’s Island Bush Camp) to the innovative tree-nests of Chisa Busanga in Kafue, bush camps more typically feature a small number of canvas safari tents on platforms with a double bed and al-fresco en suite bush-shower.

They are sometimes satellites of a bigger facility. Bilimungwe, for example, is one of six exclusive camps operated by The Bushcamp Company, which also runs the 18-room Mfuwe Lodge. Each bush camp has a unique set-up and design. While Bilimungwe’s more robust chalets are open from mid-May to December, Kuyenda (with four thatched huts) and Chamilandu (three treehouses) open only from June to October.

“I’d recommend a lodge for beginners, but for old hands a bush camp is the best way to really experience nature intimately,” guide Masuzyo Zimba tells me.

I am curious to understand better how a bush camp operates and what makes it different to other accommodation options.

Bilimungwe is several hours’ drive from Mfuwe, but it took longer than anticipated to get there, stopping to view lions and playful painted dogs. The camp is camouflaged beneath a huge Natal mahogany tree flanked by three waterholes. Alex waits with her 10 members of staff to welcome me with a chilled drink and refreshing towel.

Main lounge
All bush camps feature a focal lounge to socialise and dine. This may be a tented structure dismantled each season or, like Bilimungwe, more permanent, built on a raised platform with teak hardwood decking and timber uprights supporting a thatched roof. Typifying the bush camp oeuvre, it’s open-sided so anything may wander in, like the female warthog that gave birth to six piglets under the dining table.

The main lounge is open-plan and multi-functional. There’s a relaxation corner with four rattan chairs for chilling with an evening drink or reading supplied wildlife guidebooks and magazines. They have a chessboard plus local boardgames, like mancala (African backgammon).

An open bar offers a selection of spirits arranged along a delightful jackalberry ebony shelf fashioned by a South African carver who used deadwood to construct furnishings in-situ. There’s a permanent tea and coffee station while a terracotta filter jug has cool drinking water drawn from Bilimungwe’s deep borehole. Guests use refillable water-flasks, helping to save 50,000 single-use plastic bottle per year.

To one side, the shared dining table communally seats eight. Alex feels bush camps should bring people together to share stories, a reason why they rarely have wi-fi or phone signal. “This conflicts with a bush camp’s ethos,” says Alex. “95 per cent of our guests say thank goodness for that”.

Lounge deck and main lagoon
Annexed to the main lounge is a lower wooden deck flush against the lagoon. It has a sundeck with three spherical rattan chairs shaded by an umbrella and sprinkled with cushions, plus a brunch area, where the chef prepared a Middle Eastern buffet of beef kofta, salads, and home-baked pittas, served off a suspended hardwood mantle.

The deck is prime position for watching the wildlife that visits the lagoon. Besides baboons raiding Chalet 4 during brunch, elephants sauntered in throughout the afternoon while kudu and bushbuck were omnipresent.

“This is what a bush camp is all about. We share this environment with the animals so there’s always something for them to wreck. We just have to clean up afterwards,” sighs Alex.

Chalets
Bush camp rooms typically offer a thin barrier between you and what’s outside, allowing you to immerse yourself in the pulse-raising roars and howls of the night. Bilimungwe’s four chalets fan out from the main lounge. There’s two doubles and two twin-rooms. Rooms are aimed at adults (if children are under 12 the whole camp must be booked) because the juxtaposition of wildlife and young children in this open environment isn’t ideal.

These spacious chalets use natural materials: raised on wooden platforms supporting polished hardwood floors and airy thatched roofs with reed-woven walls open from waist-height to the eaves; the gap is gauzed to keep out the insects and, theoretically, baboons.

The shower delivers firm pressure with water from an individual solar-water heater. There’s a western-style lavatory where toilet waste joins grey washing water into a septic tank, which drains into a soakaway filtering cleansed water back into the ground. His and Hers washbasins are beautifully carved from reclaimed leadwood. Outside the bathroom is a cold-water shower typical of bush camps, although if indulging after dusk, be brisk before mosquitos’ hone in.

At Bilumungwe, Chalet 1 is the most private so if you wanted to stand stark naked on its verandah only the baboons would bat an eyelid. It overlooks a private waterhole at which elephants and warthogs happily drank and wallowed oblivious to my presence, and this encapsulates the bush camp experience.

By night little paraffin lamps guide you to the main lounge, though you are accompanied by a camp guard for safety sake. Alex said they once had to hammer shut a guest’s door because he was prone to sleepwalking.

Dining
Shared dining is quintessential to bush camps, as is eating all daylong: breakfast, brunch, afternoon tea, sundowner snacks, and then dinner.

Afternoon tea was provided by Jason Mwanza, senior waiter and barman, who brought iced-tea and carrot muffins around 3.30pm. Typically the camp manager and guide join guests for the evening three-course candlelit dinner, and nowadays meals have evolved from the beefsteaks and two veg of yonder safaris past and we ate delicately-spiced samosas and a lamb curry. Invariably wine is included.

Expect also a few alfresco dining experiences. After my second morning game-drive a bush-pizza brunch was laid on. Chef Dickson Newa uses an adobe bush oven, set in a woodland glade five minutes’ drive from camp. I rolled out a prepared doughball and added pizza toppings then Dickson baked it. Washed down with a Pimm’s, it was wonderful.

Breakfast Boma
Also alfresco, 75metres from the main lounge is Bilimungwe’s breakfast boma. A ‘boma’ is a stockade to keep animals in, although in this case, to keep them out. “We had to erect the wooden fence because elephants seemed keen to join us for breakfast,” says Alex. Chairs are arranged in a semi-circular arc above the Luangwa River with wonderful sunrise views towards the distant Chindeni Hills. Breakfast is simple with fresh coffee or tea, cereals, flame-griddled toast, fruit and eggs. There’s also a fire-pit, lit at night for guests to sit and compare the day’s sightings over drinks.

Kitchen
“The biggest challenge is wanting to make something and not having the right ingredients. We get twice-weekly deliveries that come from Lusaka because sourcing good produce locally is difficult,” explains Chef Dickson. He works his miracles in a simple kitchen located in a brush-walled compound a short distance from the lounge. The kitchen is brick-walled to deter enthusiastic elephants looking for an easy snack.

Besides a long table worktop, a meshed cabinet protects fresh vegetables from forays by smaller hungry critters. Solar power chills a freezer where meat and wine is kept while LPG-cylinders power his stove. The solar-panel batteries and invertor are housed in the kitchen. Two solar panels about two metres wide are located nearby and provide all the bush camp’s electricity. Outside the kitchen, in reused oil-drums, Dickson grows herbs including oregano and basil to supplement his dishes.

Star deck
One lasting bush camp memory is starry night-skies. A few years back Bilimungwe added a star deck for night photographers, who were unable to view the sky from beneath the spreading mahogany tree. The wooden construction is a stilted jetty jutting out into a depression that multi-tasks as an occasional BBQ platform.

Staff quarters and laundry
Alex and the resident guide occupy small houses while the other staff share brick-walled accommodation within the same fenced kitchen compound. All the staff are men. “It would be socially taboo to have married women here or unmarried girls,” explains Alex. The guys share simple brick-built dorms with three beds in each with a separate ablution block and laundry room. A whiteboard displays a daily domestic rota for their own cleaning and cooking. “We won’t cook souffle roulade among ourselves,” laughs Dickson. “We could have three-course meals like guests, but we’d still need nshima (cornmeal porridge) to feel full”.

Activities
Two open-sided safari Land Rovers are stationed at Bilimungwe, as well as a resident guide, who was on leave, so Masuzyo joined me from Mfuwe Lodge. Bush camps offer sunrise and sunset game drives but their intimacy usually ensures you’re not sharing your vehicle with a full complement so you can dictate your preferences. My fellow guest adored elephants, so I was delighted to enjoy more time among these amiable giants.

South Luangwa is well known for walking safaris, a key bush camp activity. Walks led by a guide plus a compulsory armed scout lend a frisson of excitement to your safari, and it’s possible to hike between The Bushcamp Company’s six camps. We walked 2.5 hours to Chindeni Bushcamp as Masuzyo explained the bush’s minutiae, like the remarkable structure of fungi-cultivating termite mounds. Such detail goes beyond Big 5 obsessions and epitomises why bush camps are the perfect next level for those thirsting for greater depth about African wildlife.

However, not everybody who stays need be wildlife fanatics. “Most guests are here for two or three days, but we get those who stay longer but never leave the camp. They’ve just come to relax in the wild surroundings. This is probably the biggest difference to lodges. Days are less structured, you can do anything you want,” says Alex. “Except go wandering around the bush by yourself.” 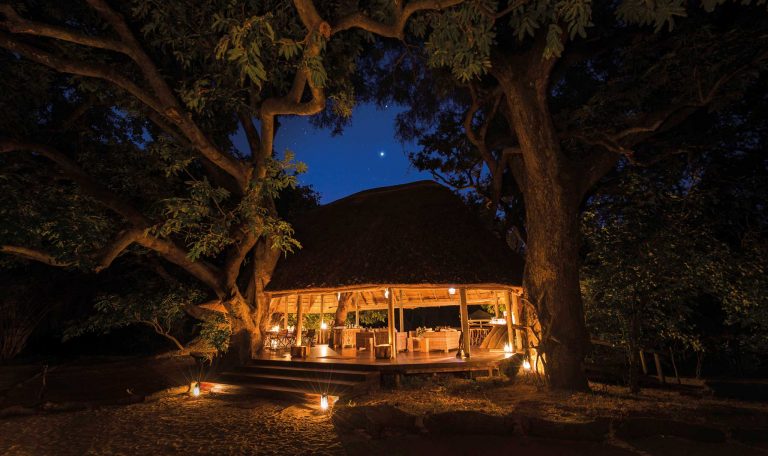 Budget Friendly Activities to Experience Australia Like A Local!