The Best Boutique Hotels in Macau

Most hotels in Macau follow the over-the-top style typical of the mega-resort casinos that transformed the Chinese region into the “Las Vegas of Asia” in recent years. But dig deeper and you’ll find places to stay where the charm of old Macau lives on. From a colonial-era manor house in Coloane to a Taipa bolthole, stay in one now of these awesome boutique hotels in Macau – bookable on Culture Trip. 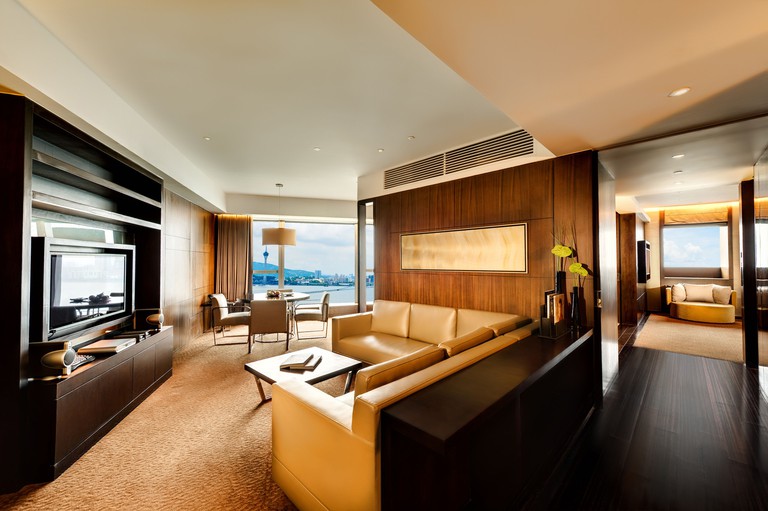 The gleaming facade of curvy glass at towering Altira cocoons a lavishly appointed property with rooms and suites facing the glittering Macau Peninsula and the Chinese mainland beyond. The panorama is best viewed from the lofty infinity pool, where floor-to-ceiling windows blend sky, sea and mosaic tiles beneath a rounded, atrium-like ceiling. An award-winning spa features crystal steam rooms, rhassoul treatments and an ice fountain, while other high-end delights include Ying – a Michelin-starred Cantonese speciality restaurant – and an outpost of Tokyo’s celebrated Tenmasa restaurant. 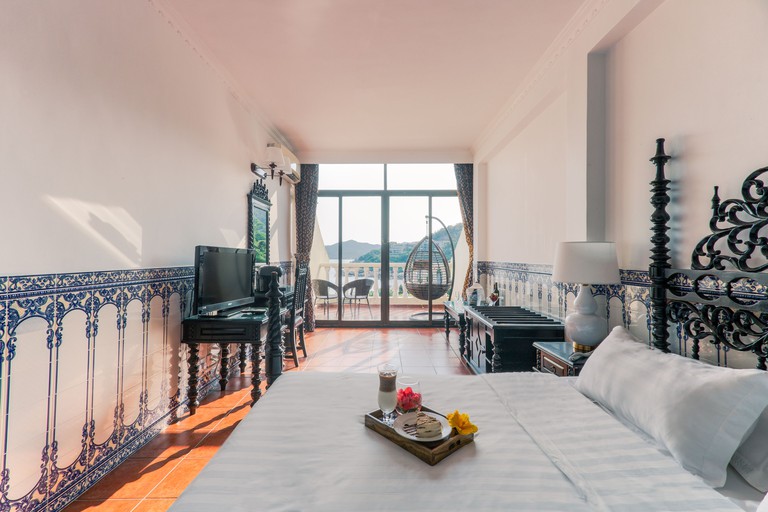 Drawing on its 1930s origins as a colonial-style manor house, the Coloane exudes old-world charm. It taps into the heritage of Portuguese pousadas – typically older buildings converted into upmarket hotels. Verandahs with rounded balustrades and aesthetic nods to Portuguese arts and crafts (think wine corks and decorative tilework) lend a European feel, while the restaurant offers traditional cuisine and regional wines. Not tempted by the nearby beach? There’s a respectable swimming pool on-site, and access to short hiking trails in the surrounding hills.

Enjoy the view of Fisherman’s Wharf from the Rocks Hotel 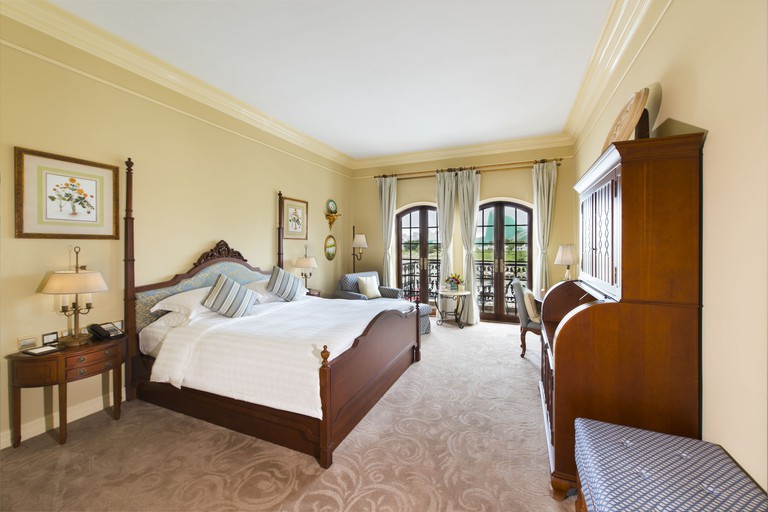 From its wrought iron railings and chandeliers to its curved staircases and floral wallpaper, the Rocks has a Victoriana feel, and overlooks the harbour near Macau’s main ferry terminal. Expect antique furniture, period-style paintings and gilded freestanding tubs in each room. Don’t leave without visiting the Portuguese restaurant on-site or enjoying a sundowner at the rooftop bar.

Tuck into Nanyang cuisine at the Caravel Hotel near Inner Harbour 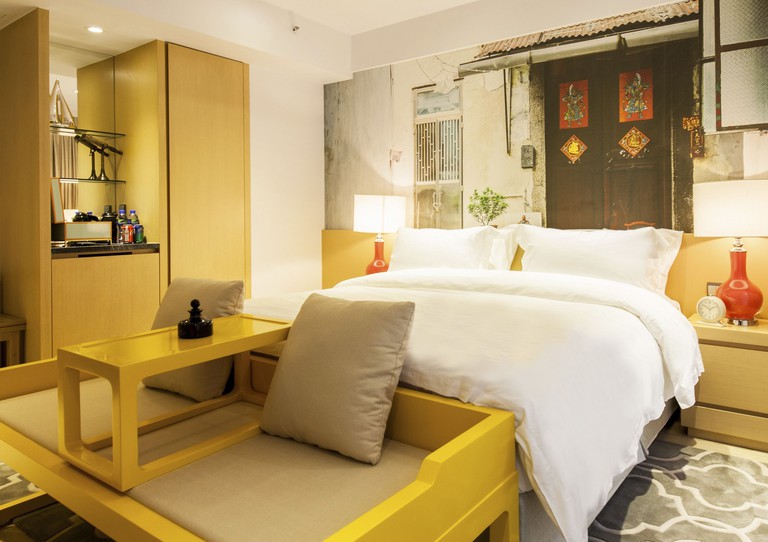 The triangular facade of the Caravel occupies a knot of streets and lanes near Camões Garden. Modest-yet-comfortable rooms feature huge photographic prints of urban Macau scenes. There’s a subtle hipster vibe along with a restaurant specialising in Singaporean-style Nanyang cuisine – a blend of Chinese staples with Malay and Indonesian flavours. Work off any related indulgences in the 24/7 complimentary gym. 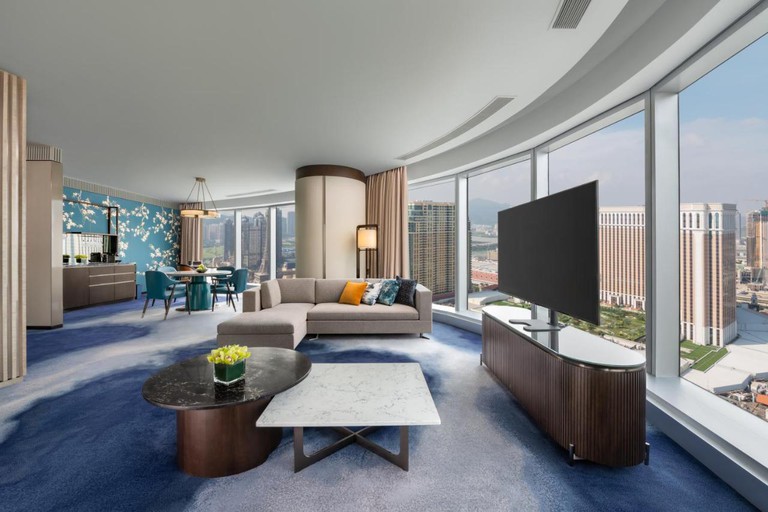 Nüwa is one of many luxury hotels in the upscale City of Dreams entertainment, leisure and shopping complex in Cotai. Rooms and suites are tastefully opulent, while the floor-to-ceiling windows offer tantalising views of the glorious oval swimming pool and almost futuristically swanky hinterland. While the complex is blessed with over 25 restaurants and eateries – many of them Asian fine dining – the three-Michelin-starred Jade Dragon will top most foodie lists for Chinese cuisine.