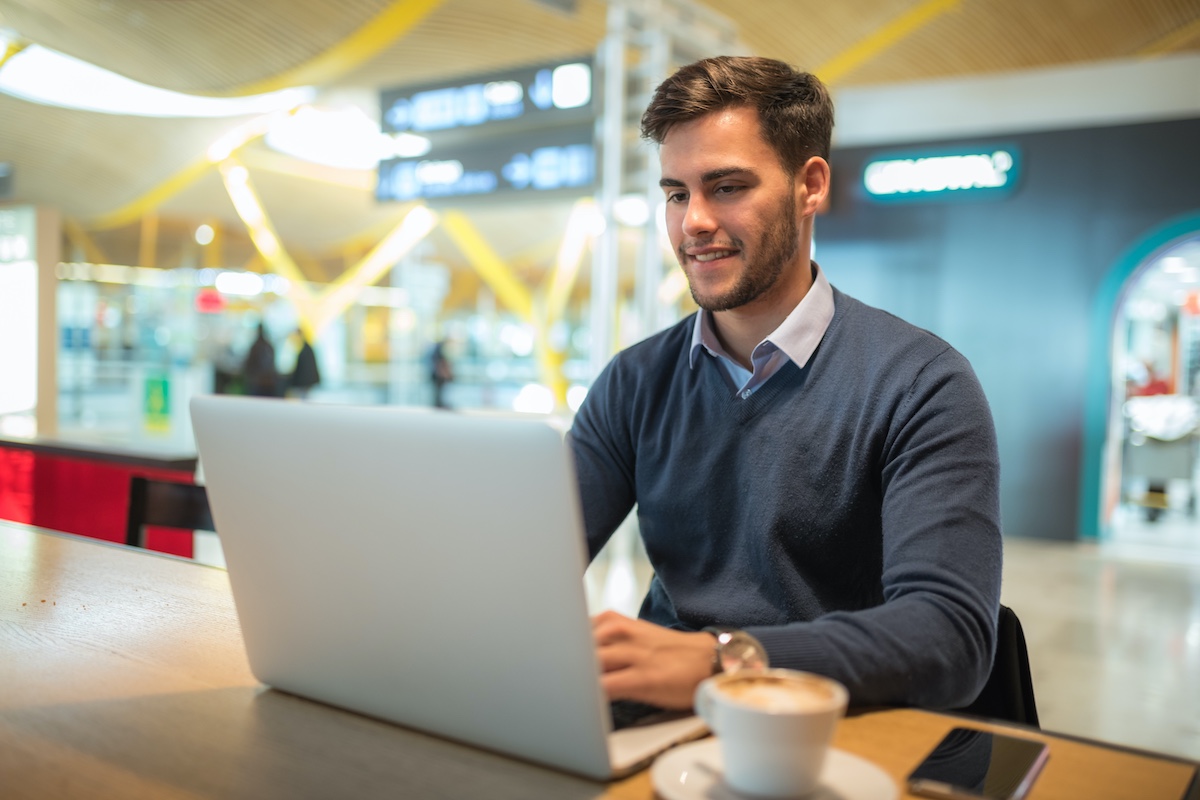 Now that remote work is more common than ever, more travelers like to use waiting times at the airport to work and be productive. The bad news is that not all airports have the infrastructure or suitable spaces to work comfortably.

The loud noises, the crowds, the lack of tables, and the horrible —or unavailable— internet connection sometimes make it impossible to work. However, this could change soon since there’s a new trend that might start to get popular in international airport renovations.

Amsterdam Airport Schiphol has recently announced a new coworking and meeting space at one of its terminals. This is particularly useful since the Netherlands is one of remote workers’ favorite destinations.

We’ve seen a very busy summer, and next year is expected to be super busy as well, so being able to catch up with work during waits for delayed flights or long layovers makes it less stressful. Even though many travelers —especially digital nomads— are experts at improvising workspaces using their luggage, here’s a list of airports with coworking spaces available:

The new Spaces Lounge has six fully-equipped areas with a capacity for more than 100 passengers, as well as four meeting rooms and food and drink options. According to the details provided by BTN Europe, this coworking space is located above the airport’s Departure Hall 1, and a spot can be booked for a fee.

The structure has been developed by the company IWG, which specializes in workspaces. Gavin Phillips, IWG Benelux regional vice president, said that they’ve seen a growing demand for flexible workspaces at airports and train stations.

Frankfurt airport handles travelers from all over the world since it has great connectivity to many worldwide destinations. It’s good to know that this international airport has coworking spaces, including a conference center and work benches with free wi-fi, power outlets, and USB ports, in almost all gate areas. The internet connection is unlimited, and some benches have great views of the airport runway.

Just a few weeks ago, Dubai International Airport also opened a special lounge for remote workers and business travelers. According to the information shared by Khaleej Times, The brand-new coworking space is called Their Patio and is located at Terminal 3.

The lounge has meeting rooms, private call rooms, and shared offices. It can host up to 398 passengers per day, and travelers must pay a fee to use the space, which is around $12 for two hours and $13.5 for three hours.

This airport in Brazil also has a cool colorful lounge for digital nomads with comfortable couches, tables, and fantastic views of the runway. The Urban Cowork Airport Lounge is located at Terminal 2.

Travelers can stay in this VIP area for up to three hours for a fee. The coworking space includes conference rooms, workstations, showers, Wi-Fi, snacks, and flight information.

Jabbrrbox’s Booths At US Airports

This private booth concept has been growing, and now there are many special boxes available at different airports. The Jabbrrbox can be rented for just a few minutes and offers busy travelers isolated soundproof spaces —ideal for those recording audio or making phone calls— with a comfortable seat and a table, power outlets, and Wi-Fi.

There are “escape pods” in some of the most stressful airports in the United States and abroad. The Jabbrrbox costs $15 for 30 minutes, $30 for one hour, and $45 for 90 minutes. The prices have risen to debate on social media.

These are the US airports where travelers can currently find a Jabbrrbox: