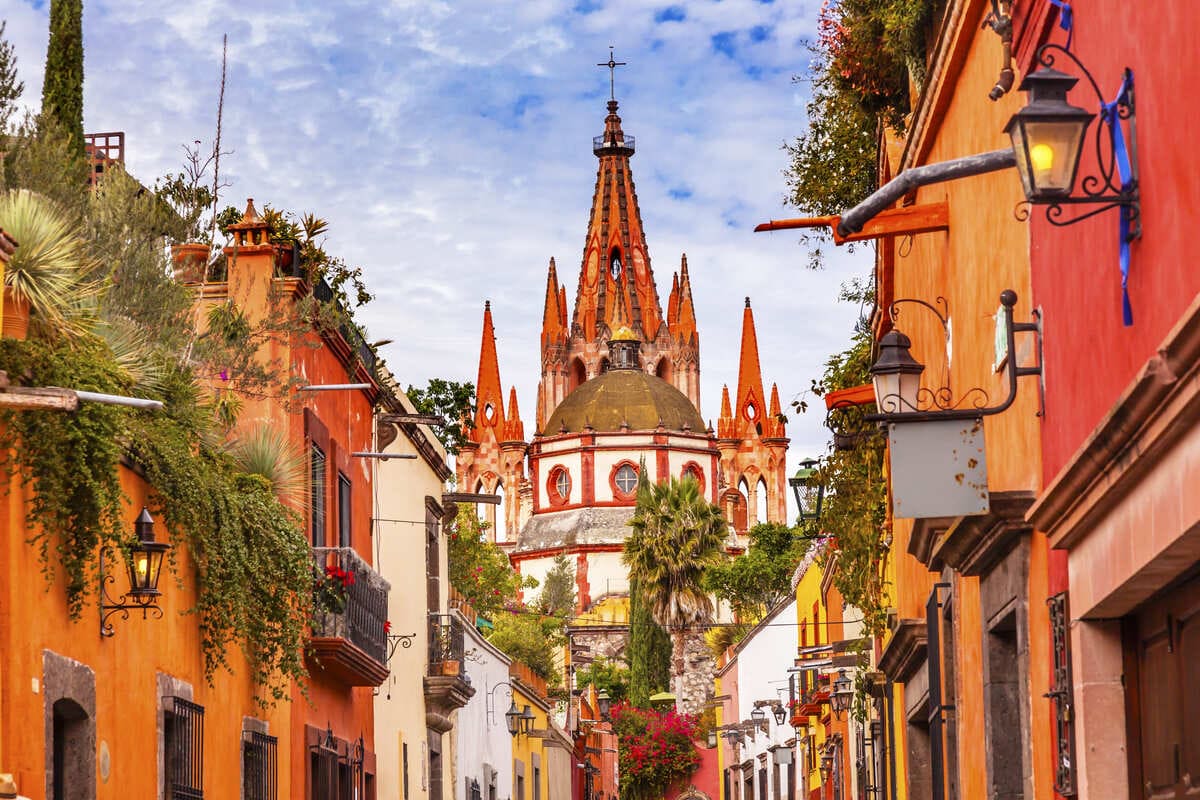 Mexico may be popular for its pristine beaches and Mayan heritage, but in truth, it is an incredibly diverse country whose cultural offer extends far beyond the usual tourist hotspots of the Mexican Caribbean. It is home to a plethora of historical cities not many Americans dare explore, and that had been largely overlooked for decades – up until now.

After hearing about this beautiful colonial gem nestled in the heart of the Guanajuato state that looks straight out of a fairytale, you might even feel inclined to give Tulum a miss this fall.

Mexico’s colonial-era settlements are getting more popular by the day, featuring on numerous travel lists online and going viral on video sharing apps such as Instagram and TikTok. Yes, the Riviera Maya remains the top attraction south of the border, preparing to host over 9 million tourists this winter only, but other relatively smaller destinations have experienced a revival lately as well.

Having said that, it’s really no surprise one of Mexico’s best kept secrets is now out in the open:

This Is Where You Should Be Going In Mexico Next

San Miguel de Allende is a city part of the Guanajuato state, located 170 northeast of Mexico City and only 60 miles from Guanajuato City, the state capital. Back in 2018, it was crowned the world’s Best Small City at the World Travel Awards, proving it’s been trailing a successful path way before Mexico’s Tourism Renaissance*.

*How we’re dubbing the North American giant’s record-breaking return to the top of the tourism charts in a post-Covid scene.

As asserted by CEIC, a data provider tracking tourism growth in specific destinations, the state of Guanajuato, of which San Miguel de Allende is a part of, has witnessed a steady rise in arrival numbers in the first quarter of the 21st century, going from just over 400,000 yearly visitors in 2007 to nearly a million, or 956,465 in 2018.

While this year’s official figures aren’t in at the time this article was written, the state has already been declared Mexico’s fifth most important tourism hub in 2022 – after all, turquoise-water beaches and luxury resorts is only a component of Mexico’s much greater appeal. More and more, visitors are drawn to its historical relevance and vast cultural wealth.

Arriving in San Miguel, tourists who have been to Europe already, or more specifically, the Iberian Peninsula, will have the impression they were transported back to Spain or even Portugal: the old historic center is an inconsistent maze of 16th, 17th and 18th century buildings that could easily pass as one of Spain’s traditional Old Towns, featuring the former empire’s iconic ocher-tinged skyline and vibrant-colored houses.

Of course, towering high above the picturesque streets below, there is a majestic monument evocative of Neo-Gothic architecture, and the city’s leading tourist attraction, the Juan de San Miguel friar – a quintessential Latin American postcard.

These landmarks have been recognized not only by UNESCO, which declared the ‘Protective town’ of San Miguel and the Sanctuary of Jesus Nazareno de Atotonilco World Heritage Sites, but also by visitors who in recent years have flocked into the Mexican gem to bask in their splendor.

Some of San Miguel’s strongest points are:

Lifestyle blogger Alyne Tamir, who’s approaching her landmark 100th country and amassed more than 335,000 followers on Instagram alone while encouraging women to travel, has visited San Miguel de Allende recently and spoke to Travel Off Path about her experience. According to Alyne, it is one of the most ‘photogenic and Instagrammable cities’ she’s ever visited:

That’s not to say Alyne thinks San Miguel is Instagrammable in the ‘boring and generic way’: it is full of ‘Old World charm’, with a kind of beauty that doesn’t seem artificial – it’s been maturing and getting finer over five centuries.

Additionally, Alyne highlights San Miguel’s up and coming art scene, and the weekly displays taking place at local parks every Sunday, where tourists can purchase paintings and other unique handmade souvenirs.

Kashlee Kucheran, founder of Travel Off Path (TOP), is another one of thousands of North American explorers to have been drawn to San Miguel’s mysticism. Despite agreeing the city is stunning, she adds ‘it’s not very affordable‘ compared to other budget colonial-era destinations, such as Guadalupe (Zacatecas) or Valladolid (Yucatan).

Even then, Kashlee believes tourists can ‘for sure’ get some good value compared to hotel fares in the Riviera Maya or even the capital. For the travel expert, one of the benefits associated with San Miguel’s rising popularity is the obvious ‘changing of infrastructure’.

New boutique hotels, modern spa facilities, art galleries and leisure centers ‘that wouldn’t have been here 15 years ago’ are now an inherent part of the tourism offer – not to mention better food availability.

Kashlee concludes that San Miguel is a ‘very fine‘ city where Americans can find the best of both worlds. Namely, it is both a wellness destination and somewhere History is found in every corner, courtyard, and intricately built churches: ‘It’s becoming upscale, so it’s great for an upscale traveler who still wants to sample some culture‘.

Some of San Miguel de Allende’s must-sees include:

How To Get There

Queretaro International, serving the city of Queretaro, is the closest airport to San Miguel de Allende, roughly an hour driving.

Alternatively, tourists can arrive via Del Bajio International in Guanajato, an hour and a half away from the city, or drive from other entry points farther away, such as Mexico City (4 hours).