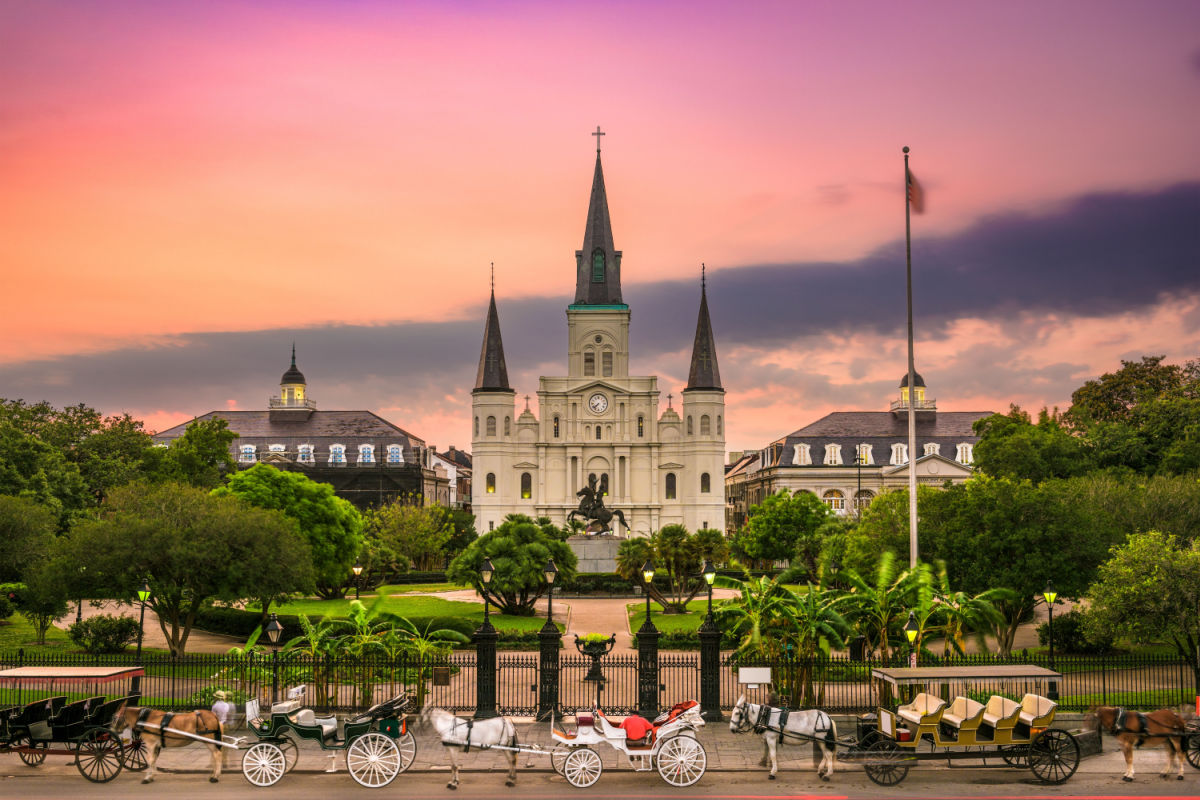 This Is The Most Authentic And Cultural City To Visit In The U.S. For 2023

If you’re searching for award-worthy destinations on your 2023 travel bucket list, then look no further than one of the most accoladed cities in America. There’s a reason why this destination in the United States is the most authentic and cultural city that keeps travelers coming back time and time again.

With a regular appearance on Travel + Leisure’s and Conde Nast Traveler’s Best City Lists, it has just recently won the U.K. award from Wanderlust Magazine for “Most Desirable City” and the Gold Award for Best Culinary Destination from Travvy Awards.

It’s impossible to put New Orleans into one category because what makes this city so charming and unique is its diversity, a result of its iconic historical and cultural influences. From the music that bursts on its streets (an eclectic mix of jazz, blues, reggae, and rock) to one of the biggest carnivals in the world — Mardi Gras — it’s unbelievable that all the best things can be found in just one place.

Despite the love given to this city by travel experts, it’s the visitors that sing its praises and make it America’s favorite sweetheart. New Orleans was the number one trending destination by Priceline this year, with online searches increasing by over 2.5 times (153%), so the city is no secret, but there is always something new (or old) to discover.

A City With Unique Heritage

New Orleans is one world’s most distinctive cities due to its unique heritage, which includes African American, French, and Spanish influences. New Orleans was under French and Spanish control until the United States took over its rule and introduced slaves from Africa and the West Indies following the 1803 Louisiana Purchase.

This was where the term ‘Creole” was born, which you’ll hear thrown around, and was used to describe French and Spanish descendants after America took control. Another term you’ll hear is “Cajuns,” which describes the French who came to New Orleans via Canada. You can see these different influences demonstrated in its cuisine, language, and distinctive lingo, or by walking to areas such as the French Quarter, where you can admire the architectural styles of the ‘second generation’ Creole and Greek revival.

For The History Buffs

New Orleans has more historic districts on the National Register than any other city in the United States, so history connoisseurs will have plenty to explore amongst the 32 districts. You wouldn’t want to leave without a ride on a New Orleans streetcar, which is the world’s oldest continually operating street railway system that has been operating since the 19th century.

Take your pick between a variety of museums from the go-to hub for New Orleans history — the Historic New Orleans Collection or the National WWII Museum, which is considered one of the best in the country. For something more eerie, Lafayette Cemetery No.1 is one of the earliest cemeteries that has also become a pop cultural reference from Anne Rice’s book “Interview with a Vampire.”

For architecture lovers, take a visit to Longue Vue House and Gardens with Greek Revival architecture, or head to the Garden District, one of New Orleans’ oldest neighborhoods with some grand historic mansions with stunning details.

New Orleans’ culture shines bright with its diversified food scene, with Creole, Cajun, and Soul food being the most popular in the region and a major draw for earning the city’s culinary accolades every year. From James Beard Award-winning restaurants like Cochon Restaurant to your not-so-average hole-in-the-walls and some of the oldest restaurants in the city, like Antoine’s, which opened in 1840 — there is a food scene that fits everyone.

Creole is known for its rich and sometimes spicy dishes such as gumbo, redfish Courtbouillon, and shrimp Creole, while Cajun cuisine is typically on the spicier and bolder side, but both share crossovers. The popular Jambalaya rice dish is both a Cajun and Creole recipe, but you’ll need to eat your way through the city so you can find the subtle differences between each version.

For The Lively Souls

You don’t have to go to Jazz Fest to enjoy the best of New Orleans’ lively music scene, as it’s hard to find an area that isn’t bustling with live music. Preservation Hall on Bourbon Street is a national landmark that honors the history of music in America and has become a Mecca for jazz fans with typical New Orleans jazz style, so make sure you give a nod to the city’s history here. A stroll down Frenchmen Street is the perfect place to relinquish control to your ears and let them guide you while local dives and music clubs will keep you on your heels all night.

Street performers have a history of making their mark in New Orleans before they play at more formal establishments, and you won’t find a lack of talent on the streets. Head to the French Quarter around Royal Street or Jackson Square for some local performances, which are known to attract an energetic crowd.