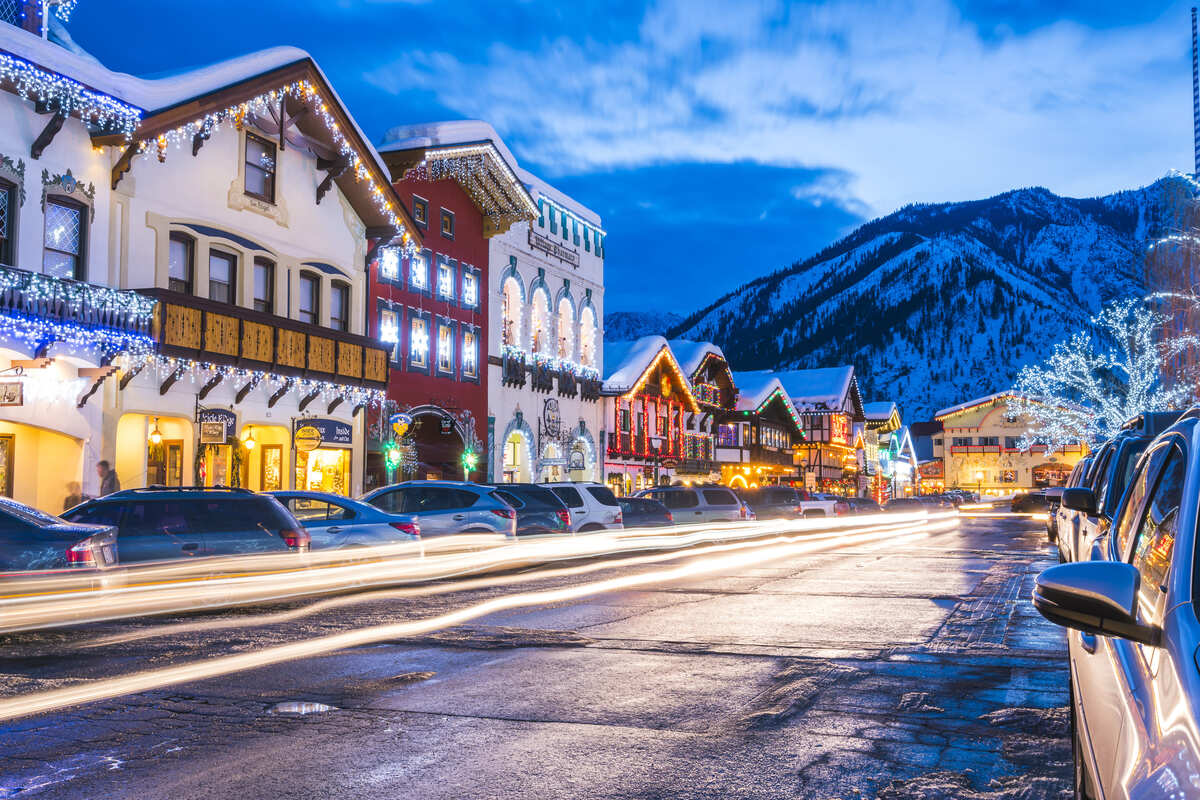 This Is The Prettiest Small Town In America For Winter Getaways

Winter is fast approaching, and with recent projections pointing to a shocking increase in flight prices, hesitant Americans should probably decide on a vacation destination sooner rather than later. Luckily, one of America’s largest lifestyle publications has elected the prettiest American town to visit over the snowy period, making choosing easier – but we may have an unlikely winner.

In a continent-sized country rich in nature where plenty of wintry hotspots can be found, deciding on a yearly getaway can be tough. Normally, tourists would flock to one of the various ski resorts of Colorado in hopes of enjoying the great frosty outdoors, but the cost of living crisis is certainly pushing them away from these overdeveloped sites and influencing them to consider other cheaper, arguably more authentic alternatives instead.

But where exactly? Where should Americans be heading this winter to get into the Christmas spirit?

And The Prettiest U.S. Town For Winter Breaks Is…

Country Living has recently published a list of the ‘Top 40 Prettiest American Towns To Visit In The Winter’, taking into account not only solid precipitation or snowfall but also their ‘historic architecture’ and ‘dramatic landscape.’ According to them, these are cities that simply look like ‘picture-perfect postcards’ in the wintertime.

We must admit we were expecting them to bestow the honor on either Colorado, Alaska, or Maine; that’s not exactly how it panned out. Although the seasonal classic Glenwood Springs did make the list, entering at a respectable number five, and Alaska’s quaint Sitka also charted inside the top ten at number eight, it’s the state of Washington that took the crown.

More specifically, the small city of Leavenworth, in Chelan County, was deemed America’s fairest. With a population of under 2,300 inhabitants, this is a settlement entirely modeled after a German Bavarian village. While we could not establish other relevant historical ties to Germany, this design can be traced back to a sixties initiative.

Back then, the city was structurally re-imagined as an Alpine German village, mimicking the traditional timber-lined Bavarian buildings and idyllic chalets. Ever since, the town’s likeness to this ancestral region in Germany has been widely promoted as a tourist destination, with Oktoberfest and other Bavarian-inspired events being held annually.

If visiting German Weihnachtsmärkte, or Christmas markets, is on your bucket list, but you’re still not confident about flying all the way to Europe amid the surge in prices and that country’s tighter stance on airborne viruses, ‘visiting Leavenworth might be the next best thing to visiting Germany at Christmastime‘ – so argue the editors at Country Living.

To them, some of the top attractions are:

Resorts in the area include the Stevens Pass and Mission Ridge Resort, both within 35 miles of the city. When staying closer to town, visitors have a range of ‘village inns,’ luxury mountain retreats nestled in the Cascades Mountains, and even pensions to choose from. Its variety of accommodation options is, in fact, one of Leavenworth’s strongest assets.

With prices starting at only USD 149.36 in one of the most affordable inns, it is much more accessible than Aspen, Deer Valley, and the like. It is also located close to a domestic airport: the Pangborn Memorial Airport (EAT), serving East Wenatchee, is only 29.1 miles, or a 40-minute car drive from Leavenworth.

Which Towns Are In The Top 10 As Well?

The top 10 prettiest winter ‘small town’ destinations in America are:

In spite of claiming the number one spot, the state of Washington only appears a second and final time on the extended top 40, with the Pacific hub of Port Townsend peaking at number 26. The most popular states for small, picturesque towns to be visited during winter were Colorado, with six entries in total, and Pennsylvania, with four.