Tips on How to Take Better Travel Photos

I’m only an amateur photographer, but over the past five years as I’ve traveled the world as a digital nomad, I’ve received a lot of nice compliments about my photo’s, both on social media and in our newsletter. I’ve even had some requests for advice on how to take better travel photos.

So I figured it was time to share some of what I’ve learned about travel photography. 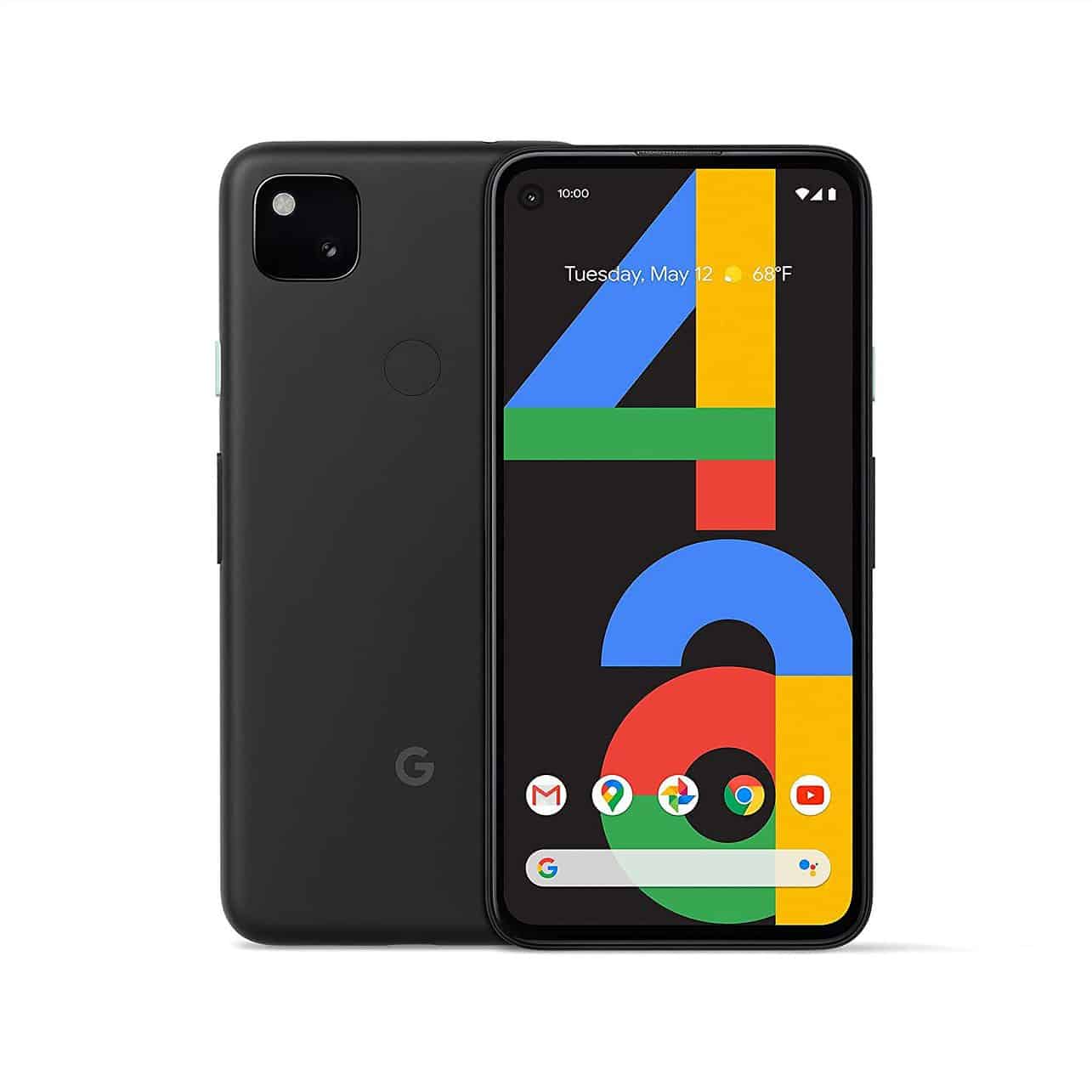 Personally, I’m a huge of fan of Pixels for the quality of their cameras.

How to take better travel photos

Don’t worry: this isn’t a super-geeky guide about fancy cameras or how to use apertures or f-stops. Because, frankly, I don’t know what an f-stop is, and I take pics with a Pixel 4a.

Which brings me to our first topic.

The more serious I grew about my travel photography, the more I agonized over whether I should be using a proper camera rather than my Pixel phone. I did a great deal of research and came away with these conclusions:

Camera phones have made huge strides over the years in terms of quality. Frankly, what most camera phones can do today is extraordinary.

But! They can’t do everything. Even today, zooming with a phone camera doesn’t produce the best quality. So if you’re hoping to be a professional photographer or take absolutely professional-looking pictures, you’ll probably want to invest in a proper digital camera.

But! Those phones can be very expensive. And complicated to use. On top of that, you’ll almost certainly end up needing different lenses, tripods, and other equipment. This can all be a bit overwhelming.

What’s the take-away? Get a camera if you want, but there’s absolutely no shame in simply using your phone either. The way I see it, the best camera is the one you have with you when you really want to take a picture. And your phone is probably always going to be with you. Just sayin’.

I might get a proper camera one of these days. But I’m not planning on it any time soon.

The “composition” of a photo is the way in which you arrange and frame the objects in the photo.

Serious photographers say one of the most important aspects of composition involves something called “the rule of the thirds.” That’s when you divide your picture into nine equal sectors using two horizontal lines and two vertical lines. These imaginary lines can help you frame your objects.

You can also think of the old Brady Bunch opening credits, except without the Bradys.

You might think that putting the central object in the center of the photo is best, right where Alice is. And it can be! But that can also be a bit static or boring.

So consider putting your object in the left or right column, specifically aligning it at the intersection of the imaginary lines — right between Jan and Alice, or even Carol and Greg.

By putting your subject at one of the intersection points, you leave room for the viewer’s eyes to move around the image and explore the picture, rather than simply looking at the subject and moving on.

Also important to composition are “leading lines” and “symmetry.” Remember when I said you shouldn’t center the objects in your photo?

Sometimes you should, especially if you can take advantage of some element that focuses the photo. Leading lines, like the stone path and walls in the photo on the left, below, draw the eye to a specific point. Meanwhile, symmetry is when different elements in a photo match or mirror each other.

When it comes to composition, all these elements can come into play at once: the Brady Bunch rule, symmetry, and leading lines.

More than anything, though, your photo is dictated by what you’re taking a picture of. What would make the photo as interesting as possible?

For instance, a picture of the Acropolis surrounded by the “symmetry” of some trees might be pretty cool. But what about if there’s an old Greek man standing in front of it? He becomes a “leading line” directly to the Acropolis, but he’s also positioned off to one side, between Cindy and Mike Brady, to make the composition more interesting.

Also, always consider the angle you shoot things from. My knees HATE me for it, but I’m constantly crouching down so I can shoot up at something. Heck, I’ll often lie flat on my back in order to get the picture I want.

This is usually the point where my husband Brent pretends he doesn’t know me.

And getting down to your subject’s level can really help capture a better sense of who or what they are, whether they be children, dogs, or flowers.

When it comes to lighting, here’s a rule that’s pretty firm: the light is usually best at sunrise or sunset. Mid-day means the sun will be directly overhead, and that light can be harsh. It can make objects look flat and less attractive.

The time shortly before and after sunrise and sunset is referred to as “the golden hour,” because it’s, well, golden. The light is softer since it has to travel through more atmosphere. That causes it to be more diffuse and warmer with lots of reds and golds. Golden hour light is also kinder to skin tones, and it creates a lot of interesting shadows.

Alas, the golden hour is rarely an entire hour long. It all depends on the time of year because of planetary orbits and ellipses and other scientific-y things that make my head hurt.

Often, I’ll get up before dawn to get those ten precious minutes of perfect lighting. This is another time when Brent might pretend not to know me, except he’s usually back in our apartment, sleeping.

Then again, if great photos were easy, everyone would take them.

Another reason I opt for the morning golden hour for photographs? Because even at popular tourist attractions, I often have places almost entirely to myself. I get better pictures and I get a better experience without having to fight the crowds.

So here’s another very important amateur photographers’ tip: once you’ve taken your photos, set aside time to simply savor the experience.

One other note about the golden hour, either at sunrise or sunset: clouds can be either your best friend or your worst enemy.

Clouds sitting right on the horizon can block the rising or setting sun, ruining everything. Or if they are the right height they can catch the rays, turning spectacular reds and golds and even purple if you’re lucky, all while reflecting the light back to the ground and doubling their impact.

Landscapes are beautiful, but you know what are always my most popular photos on social media?

Pictures of me and my husband.

Which makes sense. People really are interesting — and Brent at least is very handsome. And if you’re an amateur travel photographer, you’re probably most interested in taking pictures of you and your friends anyway.

That said, the era of selfies is kinda over. So consider all the above techniques when taking pictures of people too.

Oh, and here’s a tip on how to get the most natural smile from your subject: tell them not to think about sex. That almost always gets a laugh.

Do I Have to Edit? Plus, What is JPEG vs RAW?

You don’t want to have to “edit” your pics, right? I didn’t either. I admit at first I was a bit scared of the technology.

But don’t be. If I was able to grasp what I’m about to tell you, you can too.

When you go into the advanced settings of your phone’s camera, there is a place where you can choose whether you want your camera to save your pics as either JPEG or RAW files.

These are settings that determine how much information the file created by the camera’s image sensor keeps of each photo.

If you choose JPEG, your camera will automatically do some very basic processing and allow you to do some further basic editing to make your photos look a bit nicer.

Just not that much nicer.

But when you shoot in RAW, you can use editing software to take all of that extra information captured by your camera to edit your photo.

I’m sure more than once, you’ve taken a picture, looked at it, and thought, “Huh, that isn’t really as good as I thought it looked.”

Which is because you’re almost certainly shooting in JPEG.

Take a look at these two photos.

The top pic is kind of blah and doesn’t really pop. Meanwhile, the color and clarity of the second photo is way better. The image is much crisper.

That’s because if you have the RAW file — which I did — then you can use editing software to adjust the exposure, contrast, color saturation, and quite a few other things.

And, no, you aren’t “cheating.” All you’re doing is what professional photographers have always done. (But you can do it badly, making photos look over-saturated or over-contrasted. Part of what makes a photo “good” is that it captures reality. That should always be the goal.)

You can do some editing in your phone, or in Google Photo. There are also free editing apps like Snapseed. Personally, I use Adobe Lightroom, which costs me $10 USD a month, because I like the additional options, and because it’s so easy to use and comes with great tutorials.

But honestly, even a little editing can make a world of difference.

Wondering how to take better travel photos? Take a lot of them. The more you take, the more you’ll have to choose from. And the better a photographer you’ll become.

Guess how many pictures I currently have in my Adobe Lightroom folder right now?

And this is only the number of edited photos. The total number of pics I’ve taken is…well, I don’t want to say, because Brent will read this article at some point, and I want to maintain plausible deniability.

You absolutely don’t need to take this many photos. I’m kind of a nut.

But as with any skill, the more you practice, the better you’ll become.

Here are a few more things I’ve learned on how to take better travel photos:

The most important tip of all

Take the pictures you want for the reasons you want.

You’re probably not reading this article to become a professional photographer. As amateurs, we take travel photos because we enjoy it, and to capture our memories of the places we’ve visited and the people we know.

Sure, you’ll probably share your photos on social media, but no one will appreciate them the way you do. They’re your memories, after all.

Remember that. Do this for you.

As for rest of my advice, use whatever sounds useful and ignore the rest.