Weymouth is on my doorstep (I live in the Dorset countryside), but I blush to admit I have previously only visited the town once in the past decade.

More fool me, as it turns out Weymouth is buzzing with things to do, delicious food to eat and friendly locals. What’s more, despite a day of blazing June sunshine, the beaches were quiet and serene.

Weymouth is a fairly small seaside town with just over 50,000 inhabitants and forms part of the fossil-rich Jurassic Coast. The town is connected to the Isle of Portland (of lighthouse fame) by a long, straight causeway.

I was pleased to discover that Weymouth has not fallen victim to the melancholic “days gone by” atmosphere of some British seaside resorts and instead felt like an inviting place for young adults wanting a bit of fun and frolic.

Here are my recommendations of what to do during a stay in Weymouth.

The picturesque drive to Portland Bill Lighthouse, past Chesil Beach and along a hilly, winding road, is worth the journey alone. As we arrived at the lighthouse, the stormy clouds and dramatic clifftop background added to the drama.

The lighthouse itself, which stands at an impressive 41m (135ft) high, has been safeguarding the marina for over five centuries. Learn about the building’s history and lighthouse keepers at the visitor centre, and climb the 153 steps to the lantern room for some fabulous views of the Jurassic Coast.

Make sure you leave time to explore the lighthouse’s rocky surroundings, marvel at the crashing waves and smell that salty sea air.

On your way back from Portland Lighthouse, make a detour to Church Ope Cove, a bathing cove close to the village of Wakeham. The path to the cove takes you under the arch bridge of the ruins of Rufus Castle, which date to the 15th century. The cobbled path that takes you from the cove back to the main road is so pretty, with crumbling archways and pink wildflowers concealing ancient gravestones.

The other ruin worth a visit is Sandsfoot Castle, which overlooks the cliffs close to the Rodwell Trail. The artillery fort was built on the orders of Henry VIII but fell into ruin by the early 18th century.

The Rodwell Trail is a 2-mile trailway that follows a disused railway line and is suitable for walkers, scooters, bicycles and mobility scooters. The picturesque path is fully surfaced and takes in some lovely views of Portland Harbour and Sandsfoot Castle. This is a popular spot for birdwatching, and you may even see a great spotted woodpecker.

The trailway leads on to the causeway that connects Weymouth to Portland, and it is possible to extend your cycle on the Portland Legacy Trail.

We stopped at Taste Café at Chesil beach for a spot of lunch and a wander. I really enjoyed my Portland crab sandwich with a glass of sparkling elderflower.

4Paddle Board at Castle Cove

Paddle Boarding is all the rage at the moment, and for good reason. It is simple to learn, relaxing and doesn’t require extreme levels of fitness. You can either sit on the board or stand up and propel yourself forward as you admire the pretty seaside views.

You can head out to Weymouth Beach to paddleboard, but if you are a beginner, you may prefer Castle Cove, a secluded sandy beach with fairly shallow waters and few waves. Parking is free on the hill above the cove, and when we arrived, the place was deserted apart from a couple of families and one other lone paddleboarder.

Dorset Outdoor Activity Hire (DOAH) rent out paddleboards and deliver and collect them straight to your door. They provide everything you need, including wetsuits, life jackets and air pumps to inflate your paddleboard.

The picturesque harbour has a 17th century waterfront and forms the mouth of the River Wey. Historic buildings in a bright array of pastel colours line both sides of the harbour.

If you are yearning for a pint, there is an impressive concentration of pubs along the waterfront – we counted at least eight from our perch on the Harbour bridge. The Kings Arms serves an excellent pint of Guinness has been highly recommended.

Don’t miss a visit to Bennett’s for a plate of fish & chips (conveniently located next to The Kings Arms). A clear fan favourite, Bennett’s launched 32 years ago and serves one of the best fish & chips I have eaten in a long time. The servings are enormous, so opt for a medium unless you have the appetite of a very hungry horse.

6Zoom along the water on a wildlife RIB tour

Weymouth Harbour is also the spot to book a boat tour and take in views of the Georgian seafront and Portland Harbour, and Nothe Fort.

We joined a one-hour RIB tour with Weymouth Bay Rib Charters (£25 per person) and zoomed off to sail around the giant cruise ships, including a true behemoth named Norwegian Bliss, waving cheerfully to the people on board. The wildlife aspect of the tour involved looking out for Weymouth’s two resident dolphins, both randomly named Gary. Alas, no Gary’s appeared, but it was still jolly good fun.

If you (like me) love penguins and seals, then spend a morning at Weymouth SEA LIFE Adventure Park. The centre is home to two species of penguins: Humboldt Penguins and Fairy penguins – and they are never a disappointment when it comes to cuteness.

The centre is split into 12 different themed zones, one of the newest being the blue-spotted stingrays at the Tropical Lagoon. I really enjoyed the Shipwreck area containing sea goblins, spotted sexy shrimp (yes, that is their name) and bizarre upside-down jellyfish.

Nothe Fort, located just a short walk from Weymouth Harbour, is a Palmerston fort built in 1860 to protect Britain from French invasion. In World War II, it was used as a nuclear bunker and gunning placement, and to this day, it displays some impressive heavy machine guns.

Visitors can explore three levels, taking in some fantastic views of Portland harbour from the ramparts. The mid-level is the Victorian gun deck level, and the lower level is where ammunition was stored.

9Visit one of the UK’s coolest cocktail bars

Weymouth has some great pubs and bars, but few can top The PlayYard Cocktail Bar on St Thomas Street.

Lavishly decorated with blossom trees, striking wall-art by local artists and a geometric patterned ceiling, the bar opened during the pandemic and has been a huge hit with the locals ever since.

The menu’s focus is their “magical creations”, a selection of original cocktails that utilise scientific wizardry to make the drinks bubble and smoke.

We started with the strawberry volcano, a rum-based cocktail that promised “Volcanic Smokey Eruptions” and didn’t disappoint. It also tasted delicious, and importantly, wasn’t too sweet.

Most cocktails cost £8 and are generous in quantity and flavour.

10Tuck into a great British curry at Shalims

If you love a good curry, then you need to book a table at Shalims. The British Indian curry house on Commercial Road opened its doors in 2000 and serves up a mouth-watering menu of classic curries and chef specialities.

We dined there on a Monday night, and the place was packed. I chose the Balti Special Masala for my main accompanied by mushroom rice, and the flavours were exquisite. My husband tucked into the Laal Maas, spicy lamb curry with ginger and garlic, and judging by the huge smile on his face; it was a hit. This was the perfect end to our stay in Weymouth.

Where to stay: St John’s Guesthouse is just a stone’s throw from Weymouth’s beach, with friendly hospitality, great breakfast and free parking. We recommend booking one of the newly refurbished King rooms, starting at £140 per night high season. Read our review here.

Getting there: It takes around three hours to drive to Weymouth – we recommend booking a hotel with free parking as it’s not the easiest place to find parking. If you are travelling by train, the station is only a 5-minute walk from the beach and a 15-minute walk to the harbour. 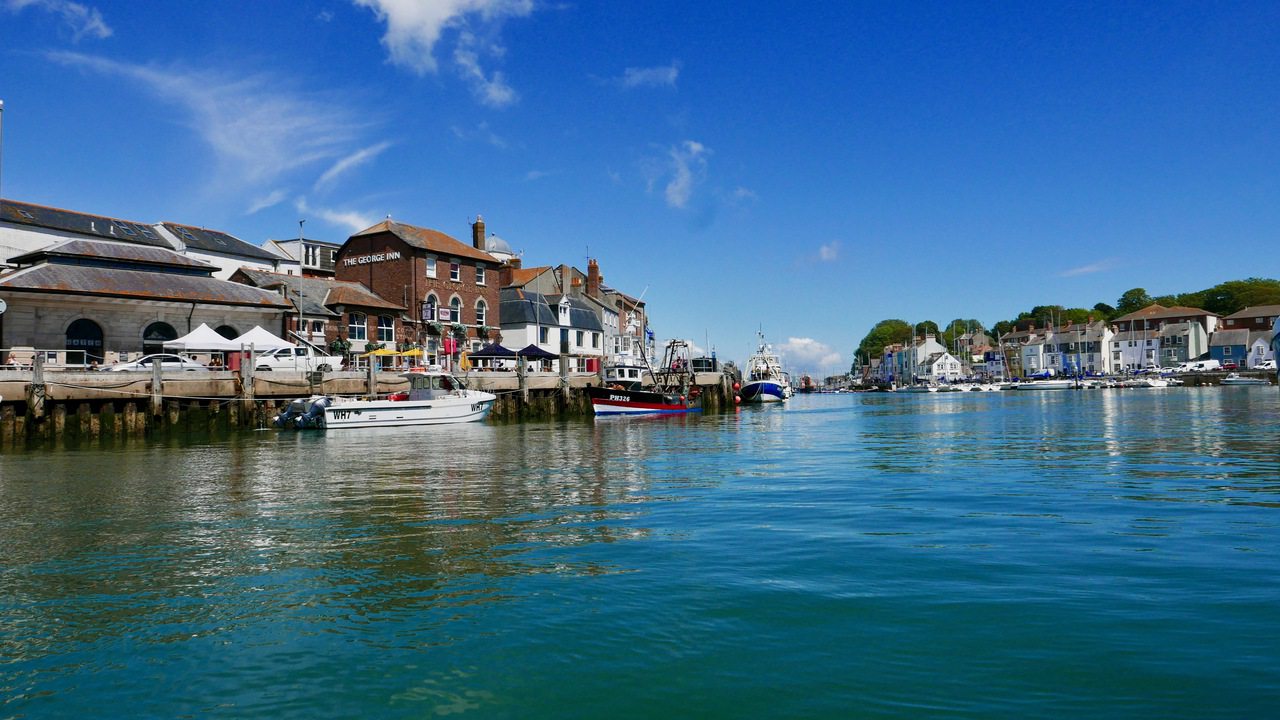 Top 10 Things to Eat and Drink in Mozambique

“Don’t panic, everything will be okay”