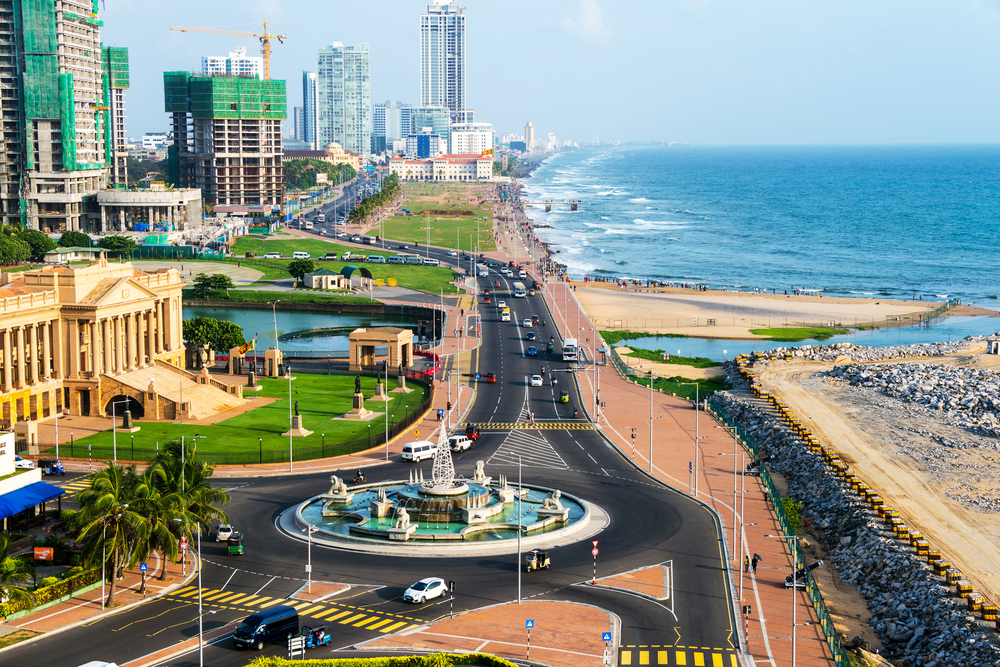 Sri Lanka, formerly known as Ceylon and officially the Democratic Socialist Republic of Sri Lanka, is an island country in South Asia. There are various reasons to visit this beautiful country, we list four for you.


With nearly 1600 km of palm fringed coastline Sri Lanka is one of the best destinations in the world for beach lovers. It offers many activities from windsurfing, kayaking, yachting, water skiing, scuba diving or for those who just want to relax on the beach. Unlike many other Asian destinations, Sri Lanka’s climate really does make it an all year round beach holiday destination. The best beaches in the southern part of the island include Tangalla, Beruwala, Mirissa, Bentota and Unawatuna where travellers can find chic boutique hotels, glowing coral reefs, gentle sandbars and undiscovered corners of paradise. Those who are interested in discovering less visited beaches should head to the east coast of the island, where there are many hidden gems to uncover, including the Uppuveli beach and Arugam Bay.

On the Western corner of the country, to the north of Colombo, is the Negombo, a large lagoon with several small rivers and canals, and the Indian Ocean towards the north. Visitors can enjoy the relaxing boating ride and escape the hustle and bustle of the capital. This beautiful island has some of the best beaches in the world but it is also a heaven for those who are interested in wildlife. Sri Lanka’s national parks offer everything from over 400 species of birds to safaris where visitors can spot elephants and leopards.

Sri Lanka is the home to one of the oldest civilizations in the world, and its written history exceeds 2,550 years. Spectacular sites consist of planned cities, magnificent palaces, and expansive man made reservoirs, stunning temples and monasteries, green gardens, hard to believe monuments and works of art are characteristic of the rich and jubilant lives the celebrated monarchy of Sri Lanka lived. The country’s cultural depth is also recognised by UNESCO, which has declared six archaeological World Heritage Sites in the country. From enormous dagobas (dome-shaped structures) and remains of ancient buildings in Anuradhapura and Polonnaruwa, to the stairway to the temple at Dambulla and the sensual frescoes of heavenly maidens at the palace at the rock of Sigiriya, visitors can experience these World Heritage Sites within a compact area called the Cultural Triangle.


Sri Lankan food is a unique and distinctive set of dishes inspired by the island’s natural produce and the huge variety of spices grown here. Visitors can enjoy Sri Lanka’s world renowned spices at their source by visiting a spice garden, where smells of cinnamon, pepper, cardamom, nutmeg and mace overwhelm the senses. Here visitors are provided an insight into an age-old industry of spice production, which attracted many European and Asian merchants to the ports of ancient Sri Lanka. Visitors can enjoy activities such as cooking classes, which are offered at many of the hotels and resorts. Alternatively, a trip to the food market and roadside stalls always provides a wonderful opportunity to taste the best of the local cuisine.


One of the world’s oldest forms of healing, Ayurveda — derived from the Sanskrit words for life (ayuh) and knowledge or science (veda) — originated in India more than 3,000 years ago and soon spread to Sri Lanka, where Sinhalese kings established Ayurveda treatment centres in the ancient cities of Anuradhapura and Polonnaruwa. There are around 6,500 registered Ayurveda practitioners in Sri Lanka, with around twice that number practising informally in the villages. Specialised Ayurveda resorts cater to authentic treatments and guests are encouraged to stay up to two or three weeks to obtain the maximum benefit from a combination of pure fresh air, a largely vegetarian diet, yoga, meditation and individually designed Ayurvedic treatments. In addition to a range of Ayurvedic treatments, Ayurvedic resorts offer yoga, meditation and lectures and the chance to learn how to cook food according to Ayurvedic principles, as well as go on excursions to nearby places of interest.