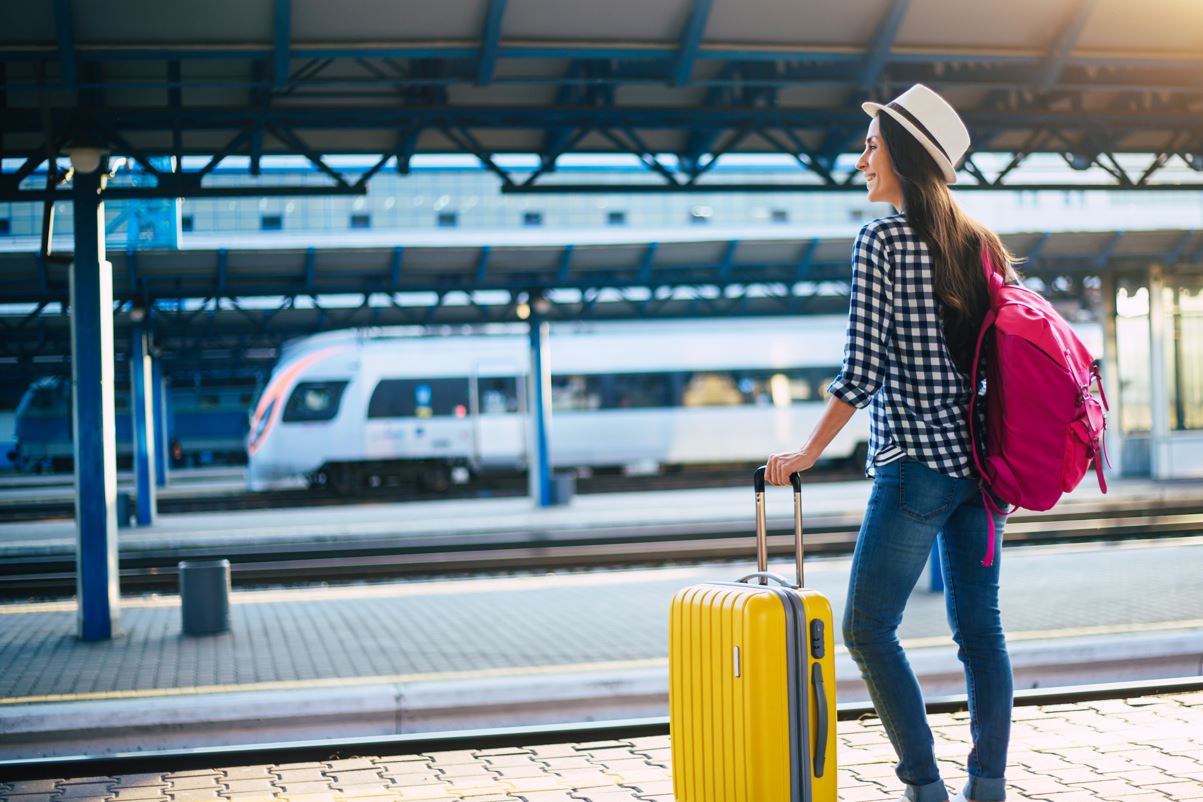 Travel in Europe has many advantages – with so many different countries in close proximity to each other, it is easy to experience countless varied cultures, activities, and cuisines all in one trip. Europe’s major cities are well connected with inexpensive short-haul flights, major highways, affordable bus routes, and a comprehensive rail network, which all make getting around the continent quite easy.

More and more, European countries are making significant investments in their high-speed rail systems. Just last week, Spain announced the addition of a fourth high-speed train brand giving travelers even more options, and more competitive prices, for travel throughout Europe. But with the increasing popularity of rail travel we must ask – is it really worth it?

There are many advantages of traveling by train rather than by plane in Europe. Most major train stations are located near the city center, or at least have good public transportation connections to get you there. Security and customs lines are nonexistent, and baggage policies are much more generous.

Seats on trains typically have more room than airline seats and can be more comfortable as well. Reliable and often free wi-fi access makes productivity easier, and most lines have quiet cars where passengers can work with fewer distractions. Train journeys are less likely to be full or overbooked which makes last-minute travel easier by rail, and the schedules are predictable and typically subject to fewer delays than flights.

Train journeys can be quite scenic, allowing passengers to take in the sights of more rural areas that are missed when traveling by plane, and they can also often offer great value to budget-conscious travelers. Train trips are often much cheaper than flights.

Many companies offer week or month-long passes that include multiple journeys throughout their network, making rail travel a great option for tourists who want to visit multiple cities.  Some European countries even promote rail travel to tourists by offering special incentives.  Rail travel is also far more efficient than flying, making it a great eco-friendly option.

But in most cases, time is money. While most can agree that rail travel has plenty of advantages, how does it measure up when comparing the length of time it takes to complete the journey? High-speed trains are fast, but are they faster than planes?

The answer is a firm no, but when taking into account time spent traveling to the airport,  standing in security lines, wait times, and the journey itself, some routes are quicker by train, in fact, some inter-European trips are 2 hours faster than flying!

A study by travel planning site Omio looked at the differences in rail and flight travel across several metrics to determine which routes are actually faster by train than a plane. The study took into account the duration of the journeys, the distance of the airport/train stations to the city center, minimum check-in times, and even the amount of carbon emissions produced by each mode of transport.

Which Routes Are Faster By Train?

The study revealed 27 European routes that took less time via train. Let’s look at a few of the most popular ones:

The train journey from London to Brussels is 121 minutes, while a flight is 65 minutes. But, when you add in a minimum of 90 minutes for airport check-in and 117 minutes for traveling to and from the airport, trains are a clear winner for this route.

The cheapest fare we found was on Eurostar. A one-way ticket on a Saturday in June is $79 and includes 2 pieces of luggage plus 1 carry-on, and free wi-fi. Tickets can be booked online, over the phone, or at the station. For comparison, a nonstop flight on British Airways for the same date is $66.

Traveling by rail from Frankfurt to Cologne will save passengers over 2 hours! Germany’s high-speed trains are impressively fast, and there are currently no direct flights between the two cities. That means that the actual duration of the journey takes 30 minutes longer when flying than traveling by train because you’ll need to make a connection.

A train ticket between the two destinations can be booked with Deutsche Bahn and costs less than $20 for a Saturday in January. The fastest flight route we could find for the same date is on Lufthansa, which makes an hour and 20 minute stop in Munich, and costs $232

A journey from London to Paris will take 136 minutes by train and 70 minutes by plane. When you add in wait times at the airport and the long-distance tourists need to travel to reach the airports in both cities, rail travel is a great choice.

A one-way early spring rail journey on Eurostar between London and Paris comes in at $84, while the cheapest flight on the same day with British Airways is $122.

A train journey between the Italian cities of Rome and Naples is only 20 minutes longer than a flight, and both cities have train stations very close to the city center, whereas the journey to the airports is not as convenient.

Trenitalia will get travelers from Rome to Naples for under $15 in 2 hours and 44 minutes. An ITA flight between the same destinations takes 50 minutes and costs $98.