Nestling on the southern tip of India between the Bay of Bengal and the Laccadive Sea, is the tropical island of Sri Lanka. It is the 25th largest island in the world and comes with a coastline hemmed with palm trees as far as the eye can see. Combined with temperatures that hover around 27°C (80°F) all year round thanks to its close proximity to the Equator, Sri Lanka has much to offer thalassophiles and sun worshippers – when it is not raining.

The island’s weather is dictated by two key monsoon seasons and, because they alternate, Sri Lanka can be seen as a an all-year round holiday destination. For when the eastern coast’s Arugum Bay is just too dangerous for surfing the Western coast’s sea off Kalpitiya with its prevalence of Blue Whales is hardly a shabby alternative. In short, there is always somewhere that’s dry throughout the year but plan your trip around these months to avoid washed out beach days.

In a nutshell, the best time to visit the west and south coasts and hill country is from December to March, while the best weather on the east coast is from April/May to September.

October to March – best to visit west and southern coastline

Includes: Chilaw in the west, Galle in the south, and the capital Colombo in the south-west

Though temperatures are a fairly constant 27°–29°C year round, this region experiences the Yala Monsoon Season from April to September. During this period the wettest months are April, May and June. Most of the beach hotels are in this region.

If you are looking to spend time on the beach get there during the months between October and March which promise the best weather – though a downpour cannot be ruled out.

If you fancy a dip in the sea then plan your holiday between January to March, when the sea is calm. Another perk is that during these months you are most likely to spot Blue and Sperm Whales.

Party-goers should get there in April for the Sinhala & Tamil Nadu “New Year” festival. This marks the end of Sri-Lanka’s harvesting season for the Sinhalese people. The festival typically lasts around a week and hosts an array of social and gastronomical events – plantain galore!

July marks the beginning of the traditional Esala festivals, with the first taking place in Kataragma. The festivals mark the commemoration of the first teachings given by the Buddha. Attend Kataragama’s event and you could witness whip crackers, elephants, Hewisi drummers and Borukakul Karayo stilt walkers.

Alternatively, August hosts the second of the Esala festivals, this time however taking place in the Kandy region. This festival specifically lasts ten days and, much like Kataragama, offers dancers, jugglers, musicians, fire-breathers, and lavishly decorated elephants for those who wish to take part. Be sure to try local delicacies on offer including Okra and banana flower.

It’s worth noting that Sri-Lankan schools are in full swing with their second term during May, June and July. So, should you be wanting a quiet or even child-free holiday, these are the best months to travel accordingly.

The Central Hills is a mountainous area located at the south-central part of Sri Lanka. The triangular shaped hilly area reaches heights over 300 m and covers around 20 per cent of the total area of the Island.

Because of its location and elevation the Central Hills tend to be cool throughout the year and indeed much cooler than the coastal areas averaging about 15°C. January through to March tend to be the sunniest and driest time. The wettest months tend to be October and November.

Do I need a visa for Sri Lanka?

Sri Lanka’s visas are divided into three categories: visas for business trips, visas for tourism and visas for transits.

If you are travelling on a short business trip or holiday (less than 30 days) you can apply for a Sri Lanka ETA/e-visa, which will be sent to you automatically by email once you have completed the application form and made the payment.

As of 01 August 2019 the immigration service of Sri Lanka loosened the visa rules for European travellers. It is temporarily possible (until 31 January 2020) to acquire a visa free-of-charge on arrival. It is however expected that this will lead to long waiting lines at the visa desks at the airports in Sri Lanka, which can be avoided by applying for the visa beforehand online.

Travellers from all over the world can apply only for their Sri Lanka visa from e-visa.co.uk. For European travellers it only takes five minutes to apply and costs £14.95 per person. e-Visa use smart application forms that automatically tracks down frequently made mistakes (such as filling in a wrong passport number) and offers a 24hr customer service. If your visa is rejected for whatever reason, the full purchase cost is reimbursed.

CLICK HERE to apply for your Sri Lanka visa

The ‘Maha’ monsoon season hits the Eastern and Northern areas from around November to March with the wettest months being November and December. So to avoid this get there between April to September.

August and September are generally dry and most preferable for family holidays though it can get very hot and at this time rain showers are short and sharp.

Note: Get there during school term January to April when everything is naturally a lot quieter.

The inter-monsoonal period is highly erratic and severe flooding and thunderstorms could occur at any location at any time. On the bright side this is the off-peak season and so no crowds which is great as long as you don’t mind unpredictable downpours.

The Deepavali (Diwali) festival, which means “festival of lights” also takes place every year either in October or November depending on the Hindu Lunar calendar. It is a truly beautiful event where you can witness the glowing houses created by locals, try local cuisine and visit Kandaswamy Kovil, one of the most admired Hindu temples of Sri Lanka.

MAKE SURE YOU ALSO READ: Road trip through Sri Lanka

READ ALSO: Top 10 things to see and do in Sri Lanka

Disclaimer: this article was sponsored by eVisa 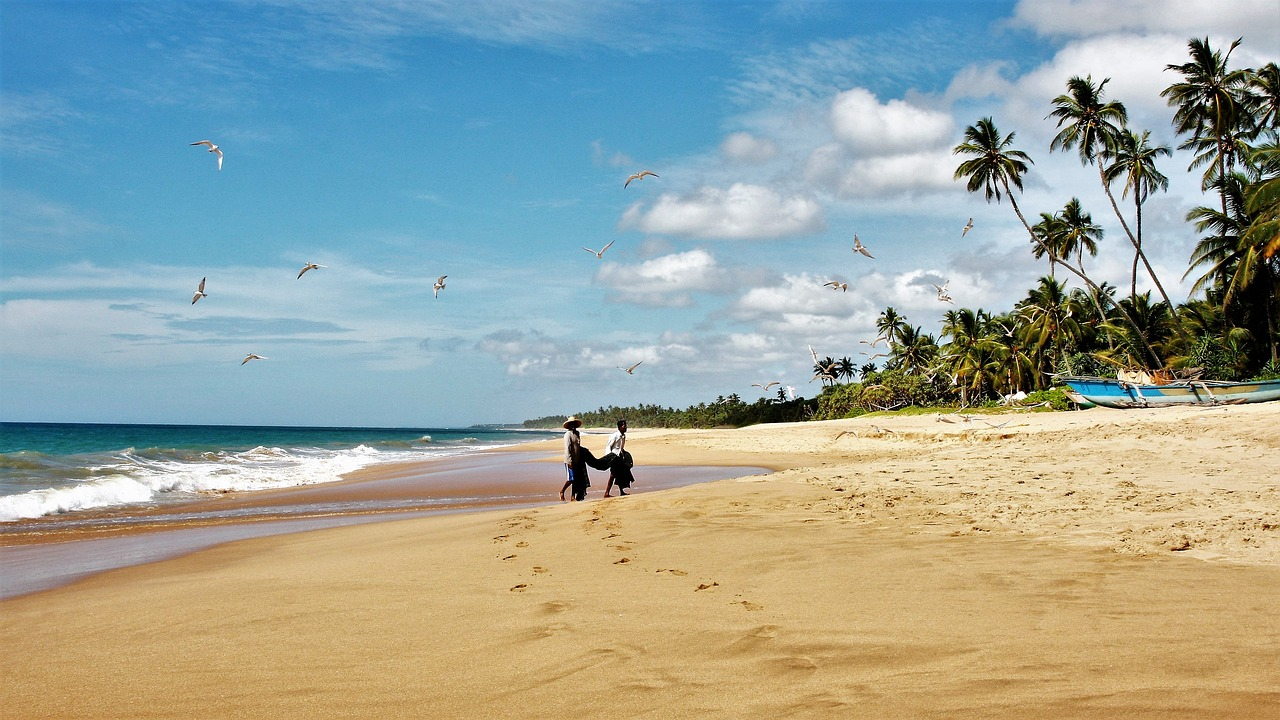