I should be on my way to Zimbabwe next week, back to Mana Pools and the mighty Zambezi, to Hwange and its myriad elephants, to the indomitable force of Victoria Falls. But Covid-19 has put a stop to all that, dramatically turning my travel dreams to dust.

Instead, together with friends, I’ll be in London getting on my bike to give back to Africa. I’m taking part in a new initiative, Ride4Rangers, set up by UK Africa tour operators aiming to raise £100,000 to support men and women on the frontline who risk their lives to protect the wildlife we love.

African tourism has been shattered by the impact of this unrelenting virus. It’s inextricably linked to the protection of wildlife, paying the bulk of ranger costs and salaries through park fees and conservation levies. If tourism stops, the money dries up, ranger patrols are reduced and poaching inexorably rises, potentially decimating years of conservation success.

“Covid turned the tap off for national parks,” Jean du Plessis told me last week. A top guide, ranger trainer and TV presenter, he’s the founder of Tanzanian safari operator Wayo Africa. “Zero income has been coming in since March, and it won’t come back for at least another year. The government is still funding and paying protection teams where they can, but it will be impossible to sustain this.”

This is where Ride4Rangers – and, hopefully, readers of this newsletter – come in.

From Saturday 15 August, around 50 people connected to the UK African travel industry will take part in the British LEJOG challenge, cycling the entire route from Lands End to John O’Groats over ten days. They’re encouraging others who love Africa to join them, even if it’s just for a part of the journey or (as we’re doing) cycling in their own localities, to help them reach their fundraising target and the cumulative distance of 30,000km – the equivalent of circumnavigating Africa.

But it’s not just happening in the UK, Ben Morison explained. Founder of Far & Wild Travel, he dreamt up Ride4Rangers, which is partnered with conservation organisation Tusk. “When we reached out to our travel industry colleagues, we were overwhelmed with the positive response and swift action everyone has taken, both here and across Africa, to make it a success.”

Operators in nine African countries (Ethiopia, Kenya, Mozambique, Namibia, South Africa, Tanzania, Uganda, Zambia and Zimbabwe) are joining in, clocking their own miles and raising vital funds. And they’re not just cycling: in South Africa’s Kruger National Park, a team will be walking in relay from north to south; in Northern Kenya, they’re ‘horse-riding for rangers’, traversing Borana conservancy into Lewa conservancy; and in Malawi there’s a charity run in Lilongwe.

For my part, I probably won’t get very far without wobbling off my two wheels – I confess cycling isn’t exactly my forte, so perhaps I should run instead. But having seen for myself the extraordinary passion and commitment of rangers and scouts over years of travelling to Africa’s wild places, I desperately want to be involved.

I want to take part for the rangers employed by conservation organisation African Parks in volatile countries like DRC and Chad, who’ve lost their lives for simply doing their job. For the scouts I met in Zambia’s Conservation Lower Zambezi who help alleviate human wildlife conflict, facing up to elephants in the dead of night that are hellbent on destroying crops of local communities. And for the ranger I met on his observation post, sweltering in the sun in Bumi Hills, Zimbabwe, who told me: “As long as the elephants are still here, I’ll still be here. I’m doing this so that one day, my children and your children will still be able to see this beautiful wildlife.”

There are countless more rangers I’ve come across through my work, continuing their work despite all the dangers.

I want to say thank you to them all.

For more information on the programme, and details of all participating companies in each country, visit https://www.ride4rangers.com

Want to donate or fundraise for Ride4Rangers? Visit https://www.ride4rangers.com/donate-fundraise for more information. 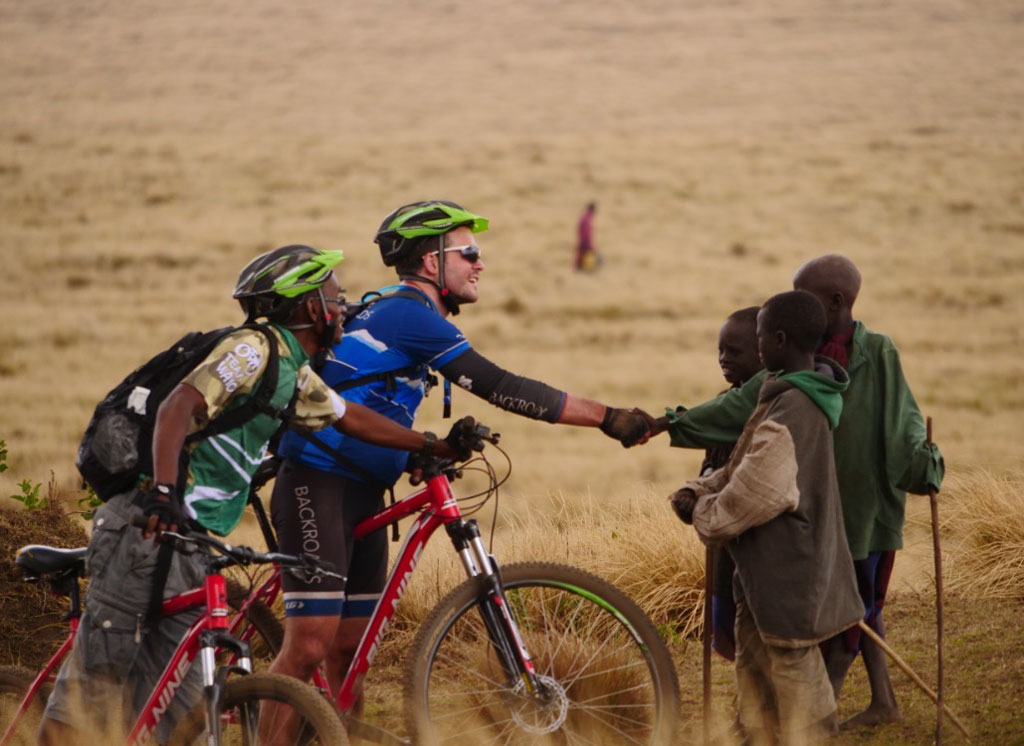 The Best Places To Go Hiking In The UK

Discovering Uzbekistan: At the centre of the Silk Road

El Rastro: The Most Popular Sunday Flea Market in Madrid