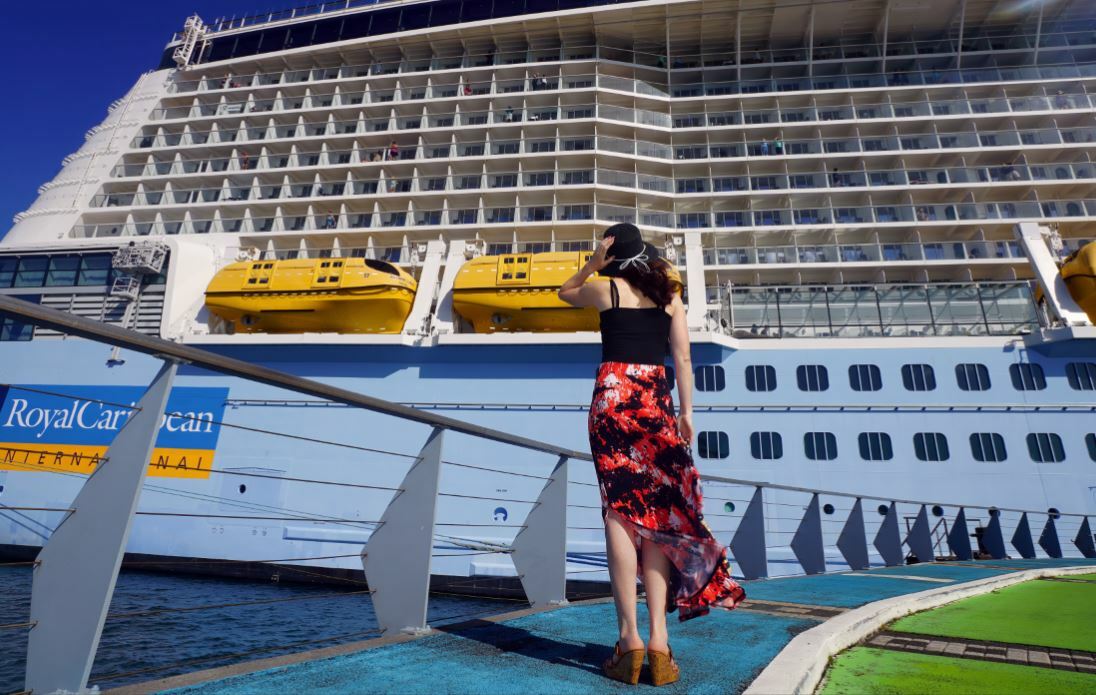 World’s Largest Cruise Ship To Make Its Debut Next Year

Slowly but surely, the cruise industry has resumed operations once more in the past few months – following a prolonged period of time during which cruise ships were prohibited to take to the water by the CDC – and the planned launch of the world’s largest ship suggests the industry is in pretty good shape at the moment. Here’s everything you need to know about Royal Caribbean’s new ship.

Royal Caribbean has enjoyed a busy summer. Cruises have resumed in earnest, with a host of cruise options departing from American ports such as those in Florida and Texas and heading for exotic locations such as the Caribbean, whilst the cruise line has been hard at work tweaking its restrictions in the wake of positive cases detected on board. However, it’s not new cases that have seen the cruise line in the news this week, but news of a new ship.

No stranger to huge cruise ships, the current largest ship in the world Symphony of the Seas is currently touring the Caribbean on a seven-night package, but it is soon to be overshadowed by a new largest ship in the world, Wonder of the Seas. Set to debut for the first time on March 4th, Wonder of the Seas will set sail for the first time from Fort Lauderdale, heading to the Caribbean as its first port of call. After a stint in the US, the ship will then make its way to Barcelona and Rome for European tours. However, this wasn’t always on the cards for the ship.

Wonder of the Seas was originally penciled in to be sailing from China. In April, details about tours departing from Shanghai and Hong Kong were released to the public, and the ship was set to be the first of its kind to be homeported in China. However, the appetite and demand for cruises from the US and Europe led Royal Caribbean to change its plans.

“The momentum taking off across bookings and our returning ships in the US and Europe is significant. With half of our fleet sailing again, we are encouraged by what we’re seeing. These regions are in the position to welcome a brand-new, innovative ship like Wonder of the Seas.”

With a length of 362m and a width of 64m, Wonder of the Seas boasts eight neighbourhoods onboard, as well as a redesigned pool deck and the sort of entertainment and dining facilities that have made Royal Caribbean a household name. Speaking about the ship, Bayley said:

“Wonder will shine bright as the world’s newest wonder in the Caribbean and the Mediterranean. And what’s in store is the ultimate vacation experience that highlights the very best of Royal Caribbean, reimagines renowned favorites and introduces new adventures every guest, no matter their age, can enjoy.”

The ship’s debut tours from Fort Lauderdale will see it take in destinations such as Cozumel, St. Maarten, Puerto Rico and the private island of CocoCay on its 7-night Caribbean sailings. From May, the ship will depart Barcelona and Rome on 7-night Western Mediterranean cruises, taking in iconic destinations such as Mallorca and Capri.