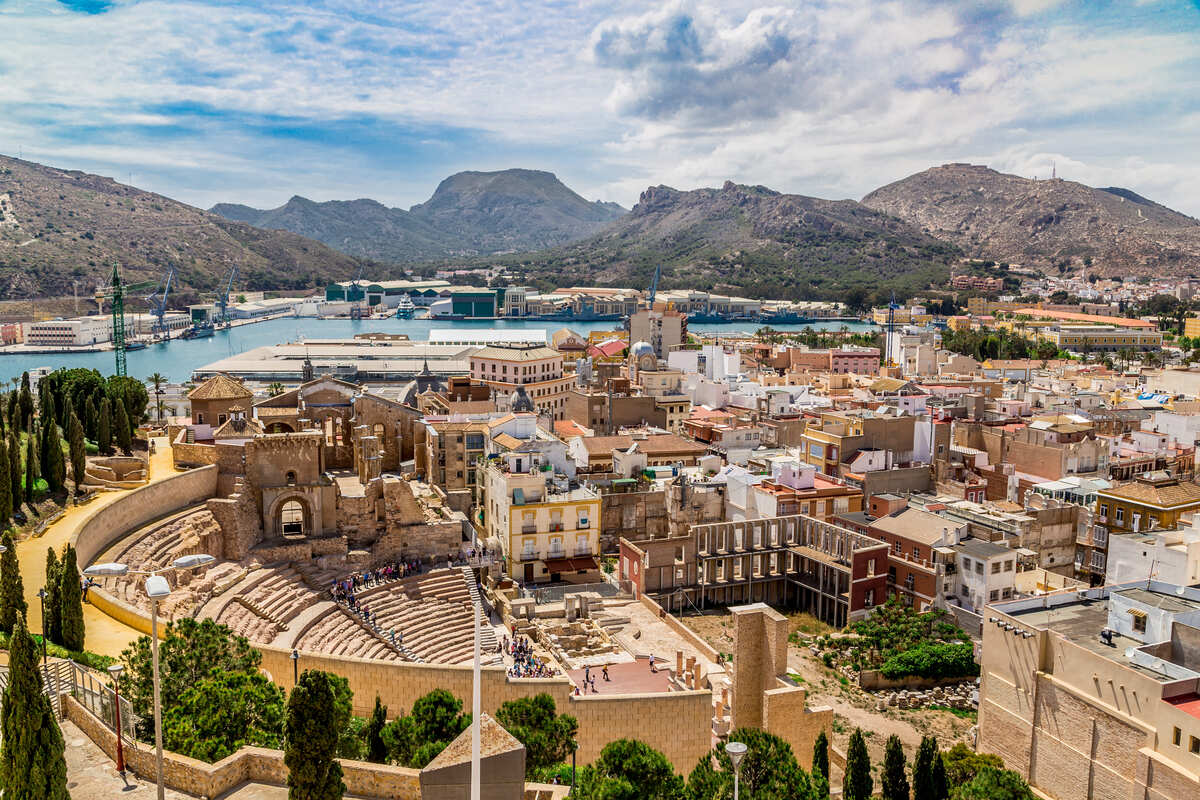 Two and a half years after it enacted its first round of travel restrictions, Spain has finally abolished all border curbs, welcoming back Americans irrespective of immunization status and without testing requirements. With this in mind, we have picked a not-so-obvious four incredible cities to visit in the country now that normality has been reinstated.

The birthplace of Hispanic culture and boasting both a sunny coast and world-class cities perfect for every budget, it is destined to reclaim its status as one of the most visited countries in the world during the post-pandemic era. All eyes are on Spain once more, and this time, the old queens of Madrid and Barcelona should take a back seat.

In this article, you will get to know four of the lesser-known destinations in Spain that are trending right now and learn why they’re bucket list material.

For Islamic architecture and medieval castles

Nestled in the eastern hinterlands of Andalusia, an autonomous province bordering Portugal, Granada is a small city of 230,000-plus inhabitants that owes its rising fame to a rich North African-Iberian past. While many Americans are not aware of this, large swathes of Spain were once conquered by the Moors, a Muslim empire.

Spain remained under Moorish control for nearly eight centuries, between the years of 711 AD and 1492, and the city of Granada served as an important military outpost and residential grounds for several consecutive dynasties. To this day, the city is home to Islamic monuments of inestimable value, including:

Besides its Moorish heritage, Granada is packed with Renaissance-era and Baroque churches, established after the Spanish Reconquista, when the native Christians reclaimed the land. The hilly Old Town itself is an absolute stunner, what with its maze of winding alleyways bordered by white Andalusian houses and smaller medieval landmarks.

When it comes to accessibility, Granada does have an airport, but it is only served by low-budget airlines within Europe. The largest airport close to Granada is the one in Malaga, one and a half hours southeast of the Costa del Sol, which hosts one-stop connecting flights from America, with layovers either in Madrid or Barcelona.

Once in Malaga, the easiest way to reach Granada is via train.

For quaintness and an atmospheric Old Town

On the far southeast of the country, in the Catalan-speaking provinces, tourists will find the charming Girona, where just over 100,000 live, and a historic burgh that’s traditionally medieval in character. Entering the Old Town sitting on the east side of the river Onyar will feel like crossing an invisible line and magically traveling 500 years back in time.

On the west bank, the more ‘modern’ part of the city – still remarkably old by American standards – is an agglomeration of narrow intertwining pathways, Spain’s classic vibrant-colored buildings, which reflect beautifully on the serene waters, and Europe’s trademark wide, pedestrianized streets lined with artisan shops and small cafés.

Our top sights in Girona are:

Much like Granada, Girona has a regional airport connecting it to strategic locations in Europe, such as Amsterdam and London, but not the Americas. In order to get here, U.S. visitors must either fly into another European hub offering direct flights or, perhaps more easily, take the train from Barcelona to Girona – the total journey time is less than an hour.

The original Cartagena – not its Colombian equivalent – this Mediterranean gem remains largely overlooked, unlike its illustrious counterparts of Marseille in France, Naples in Italy, or Split in Croatia, even though it is just as culturally relevant and even more fun to explore. It does get busy, especially in the summer months, but it’s certainly not overtouristed.

It was founded in the year 227 BC and modeled after the colossal Roman trading power of Carthage, which at the time, had been waning in influence. It quickly rose in prominence as a key trading port of the Western Mediterranean, and the countless architectural wonders it’s inherited from that period are telling of its prestige within Rome.

Moreover, the 200,000+ strong city has a series of Gothic, Baroque and Neoclassical structures, most notably the majestic City Hall, as well as museums and other art centers. On the seafront, Cartagena also features a modern promenade and an up-and-coming resort scene. The closest airport is Murcia-San Javier, 15 miles away.

For Basque culture and art museums

Bilbao was voted the Best European City in 2018 at the Urbanism Awards, and it’s not hard to see why. The largest metropolitan area in the Basque Country, one of Spain’s autonomous provinces and a historical nation within the country, it is famous for the riverside, contemporary art Guggenheim Museum and a colorful Casco Viejo.

The charm of Bilbao is not restricted to the mix of ocher, green and maroon 18th and 19th-century apartment blocks dotting its Old (Viejo) district: with over a million residents, it is the Basque Country at its most metropolitan, and in spite of the big city vibes, the Euskara language remains spoken to a certain degree among locals, and unique Basque customs are observed.

Other than those mentioned above, the main sights of Bilbao include:

Additionally, Bilbao is the gateway into other municipalities and historical sites, including the smaller Basque capital of Victoria-Gasteiz, and the idyllic Gernika, a town made famous by Pablo Picasso’s eponymous painting. Year-round flights to Bilbao Airport are available from within Spain, such as Madrid and Barcelona, and the layover hubs of:

All of the cities above offer nonstop flights to and from the U.S.

Only A One-Stop Layover Or Short Train Ride Away

While these destinations are not served by American carriers, reaching them entails either short train rides or one-stop layovers in larger EU airports. With Spain making multi-journey train travels free for the entirety of 2023, we cannot wait to admire the scenic Spanish countryside ourselves as we whoosh past castles and medieval villages on our way to: