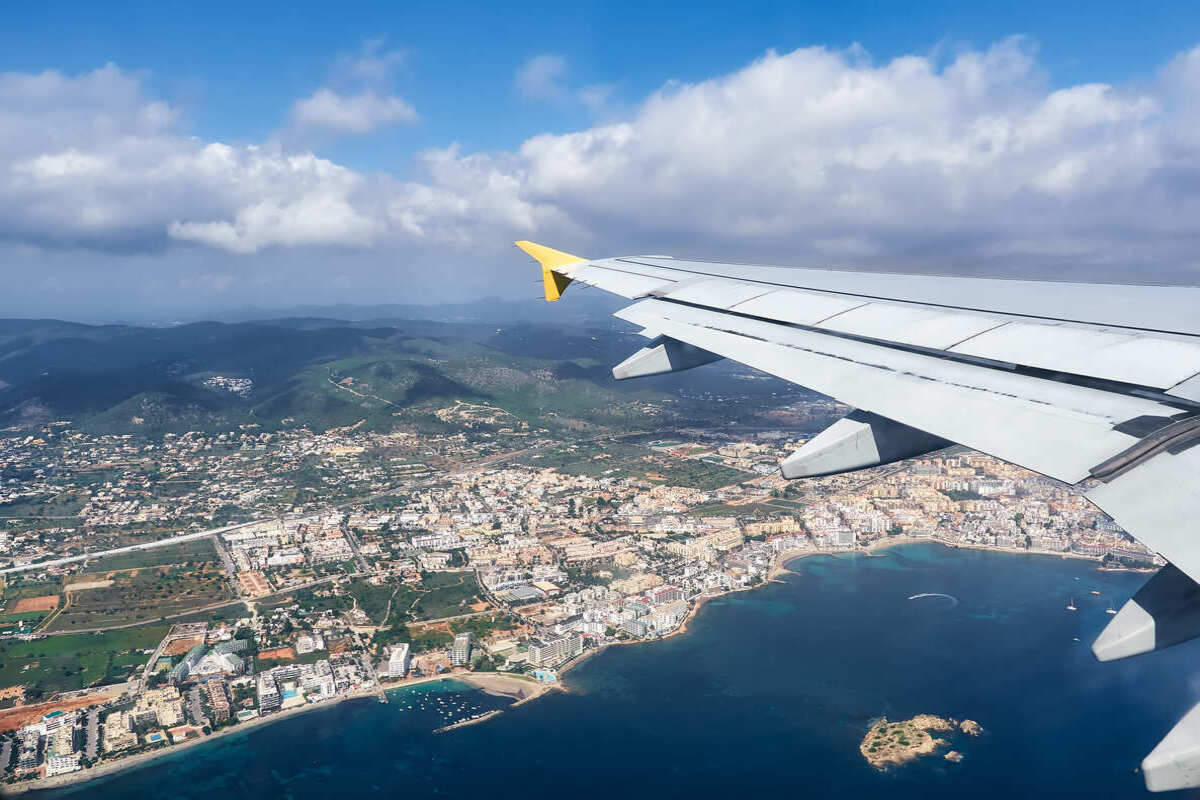 Covid may be gone, and many countries have reopened for normal tourism following two years of restrictions, but the outlook for international travel, especially when it comes to affordability, is still dire. In fact, tourists visiting Spain, one of the world’s leading destinations, should expect airfares to rise even further due to new green policies about to come into force.

Prior to the pandemic, Spain received a record 83.7 million tourists annually, effortlessly surpassing competitors like France and Italy to claim the status of Europe’s number one vacation hotspot. This should come as no surprise, taking into consideration all of its natural and historical attractions, not to mention year-round warm weather.

Unfortunately, the Iberian nation could soon lie out of reach of budget travelers if these estimates prove correct:

The European Union’s Crackdown On Gas Emission Is To Blame

The European Union (EU), of which Spain is a member, has taken up the mantle of leading pro-Green geopolitical entity. Having paved the way for the Paris Agreement, a legally binding global treaty focused on climate change that was later ratified by 196 sovereign states, it is actively pushing for a more sustainable society in the face of this threat.

Besides cutting down on fossil fuel and promoting clean energy sources, the EU is ready to address the elephant in the room: the negative impact international travel, particularly low-cost flights, has on the environment. Despite recent carbon offsetting measures, aviation continues to be a drive behind greenhouse gas emissions.

Openly advocating for green policies, the EU is planning to cut greenhouse emissions by ‘at least’ 55 percent by 2030, evidenced by its heavy promotion of sustainable travel. Should a new report issued by consultancy firm Deloitte materialize, tourists could be ‘discouraged’ from visiting Spain due to new taxation and the rising cost of flying.

This time, airlines flying to the Iberian Peninsula will find it harder to stem future airfare increases, like they famously did over the summer by cutting flights unceremoniously and fast-forwarding screening of new staff. In the near future, pro-green proposals will be enshrined into law across most of Europe, including Spain.

Spain Travel To Get More Expensive In The Years To Come

As an EU member, the country is subject to adopting the Fit for 55 Plan, developed in the wake of the Paris Agreement and that suggests a 5 percent quota of sustainable fuel across all flights. Last year, United Airlines became the first in the world to operate an aircraft 100% powered by Sustainable Aviation Fuel, commonly shortened to SAF.

The landmark moment seems to have rekindled interest in clean technologies, and it has certainly inspired a discussion on how air travel should be conducted in the post-Covid scene, at a time when the industry has a once-in-a-lifetime to reinvent itself and abandon older, less environmental-friendly practices. Besides the minimum SAF requirement, the EU is pushing for tighter curbs on carbon emissions.

Specifically, tourists traveling to Spain may be seeing ‘higher taxes’ on aviation fuel, a cost that is inevitably passed down to flight tickets, while the country itself could be losing billions of euros in revenue and as many as 430,000 industry workers, resulting from a predicted drop in demand. Currently, 14% of Spain’s GDP is traced to international tourism.

This figure places it alongside Portugal, Croatia, Greece, and Montenegro as one of the European hotspots relying most heavily on the highly-valued tourist dollars. Deloitte’s rough numbers project that up to 11 million tourists could give up on vacationing in Spain once the green plan is enacted, as they would be ‘put off’ by the surging costs.

As price hikes ravage Western European tourism, Americans are looking more eastward to countries such as Albania and Türkiye (formerly Turkey), where their dollars stretch the furthest. In fact, just this season, two new nonstop flights were added between the U.S. and Türkiye, proving travelers favor destinations where they get the best bang for their buck.

Meanwhile, Spain has been quietly slipping into the background after reports of air conditioning crackdowns that left tourists in a sweat during the last sweltering hot summer, as well as its controversial decision of keeping Covid restrictions in place when all of Europe has moved on from the pandemic.

What Have Spanish Authorities Said?

In spite of these setbacks and the darker prospect for Spanish tourism moving forward, the president of Spain’s Association of Airlines was quoted saying the aviation sector is ‘committed to achieving net zero emissions by 2050‘, in alignment with the EU directive. At the same time, he called for more ‘effective and favorable measures’ to reduce costs for tourists.

Namely, he suggests a wider roll-out of sustainable aviation fuel. At present, Spain is already one of the most expensive EU countries for visitors, as it requires Americans to provide proof of at least USD 98.00 (EUR 100.00) in cash or sufficient funds for each day of their trip throughout the entirety of their stay.