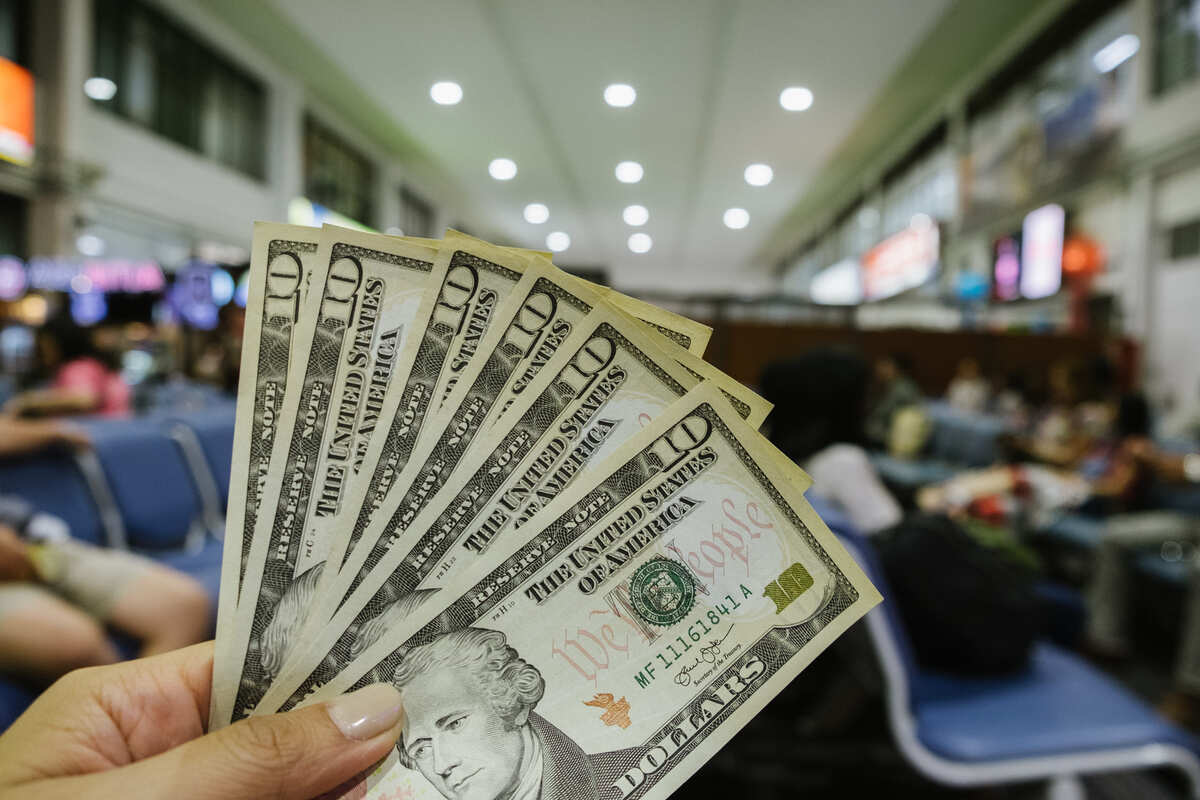 The U.S. Dollar Is Crushing It Worldwide Making Travel Cheaper For Americans

The U.S. dollar has never been as strong as it is now.

In spite of the United States’ slower-than-expected post-Covid recovery and latest political imbroglios, the dollar has moved upwards while most of the competing currencies, including the Euro and the British pound, which have always been much stronger, fell hard. In simpler terms, the U.S. dollar is absolutely crushing it, making travel much cheaper for Americans.

While we will not focus on why the dollar is so strong right now, given the economic nature of the matter and the fact that we are a travel news website, one thing you should know is that the ‘extra demand’ for dollars resulting from the mass purchase of bonds, has further strengthened the world’s most traded currency.

Consequently, as investors opt for dollars instead of other currencies from more volatile markets, these tend to drop in value:

The Dollar Is Now Officially Worth More Than The Euro, And It Could Be Coming For The British Pound Next

As stated in a Guardian article published this week, UK travel is ‘on sale’ – that is, for Americans and/or those earning in U.S. dollars. Tour operators in Britain have classed September as their ‘best month’ in overall performance since 2019. This means that, during the pandemic era, no other month has had as many bookings.

Effectively, Americans are flying to the UK in their droves to benefit from the weaker pound (GBP). While last year it was trading at GBP 1.00 per USD 1.37, this year it’s reached the dollar has reached a historic high of USD 1.03 to the pound. Since September 25, a week ago, it has fluctuated between the 1.08 and 1.11 marks.

According to Lana Bennett, the chief executive of Tours International, interviewed by the British publication, the booking surge is ‘quite good news’ for British tour operators. As Bennett puts it, there’s ‘a lot more certainty, more keenness’ on Americans’ part to take advantage of the depreciated pound.

Elsewhere in Europe, the dollar is exchanged at an even better rate, with the Euro currently exchanged at a USD 0.98 rate on October 02, 2022. Earlier this year, we reported Europe’s multi-national currency had hit parity with the dollar for the first time in recent history – now, it is worth far less, performing worse than the pound even.

Across Europe, Americans may find it cheaper to book flight tickets and reserve accommodation, especially along Europe’s easternmost flank. While not all destinations in the continent use the Euro, most of them are part of the European Single Market, and their currencies are semi-pegged to it, increasing vacation options for Americans on a budget.

This year, the European country where the Euro is in use and Americans will get the best value for their buck is Montenegro, which ranked at number seven on Eurostat’s comparative list of price levels for consumer goods and services. Interestingly, Montenegro is neither in the EU nor uses the Euro legally, having unilaterally adopted the currency in 2002.

Other European destinations that will be favored by Americans looking not to splurge, in spite of the dollar’s excellent conversion rate, are:

Out of those, Turkey is the cheapest for Americans traveling to Europe/Western Asia and based on the liquidation of the Turkish Lira, this should come as no surprise. In late September, it was close to reaching an all-time low of TRY 20.00 to USD 1.00, and due to the Turkish President’s controversial economic approach, it may not recover anytime soon.

Elsewhere in the globe, Japan’s yen is also facing a strong depreciation, with USD 1.00 now buying JPY 144.55 – throughout the pandemic, it oscillated between 103 and 115 yen, proving Japan’s conservative measures in tackling the Covid crisis, which were only partially reverted recently, took a heavy toll on its tourism-dependent economy.

In Latin America, traditionally an affordable destination for U.S. citizens, Argentina takes the crown as the country with the most depreciated currency. At present, on September 10, USD 1.00 equals a whopping ARS 147.54, a sharp drop compared to the start of the year when the exchange rate averaged ARS 100.

Inflation is at a record-high worldwide, threatening to plunge the world’s leading economies into a crippling recession pit. While in the U.S., the situation isn’t much better, the power of the dollar has remained a constant in the life of Americans, unlike Europeans, Brits, the Japanese or Turks, who have seen their own markets struggle to uphold value.

Weaker currencies are surely not good news for locals, but the overall economic depression may benefit those who are earning U.S. dollars and planning on traveling internationally soon. We must remind you this article was written based on information available at the time, and that currency exchange rates are liable to change daily.