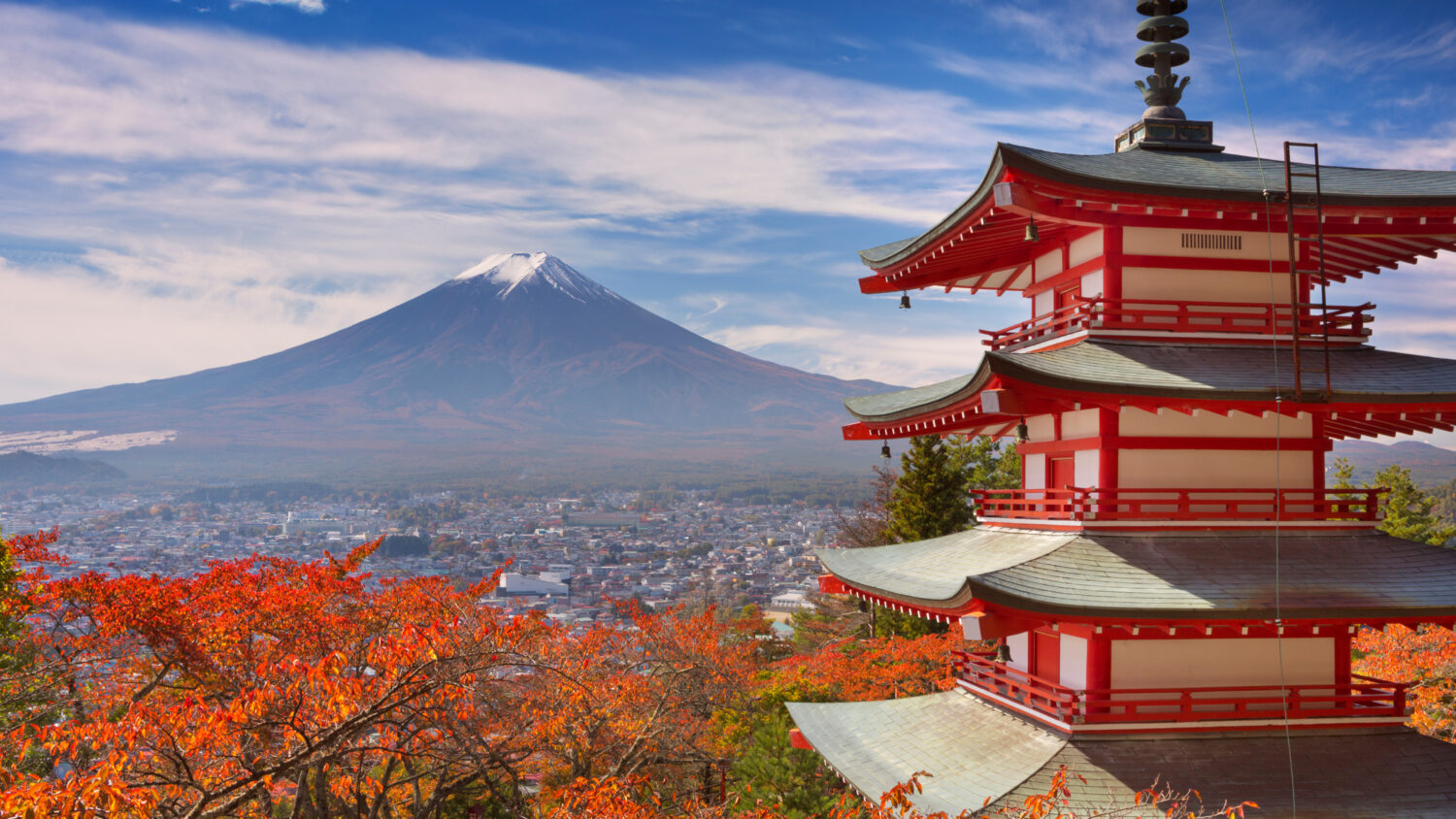 Japan’s announcement on 22 September that the country will finally restore visa-free travel for international visitors from October 11, as well as relaxing border control measures and ending the cap on daily arrivals to the country, has sparked a wave of unprecedented demand for travel to Japan.

The news coincides with the Japanese yen slumping to its lowest levels against the dollar in almost a quarter of a century, making Japan’s archipelago an attractive destination for visitors from overseas. In addition, current visitor numbers on the ground in Japan are well below the usual visitor numbers, again making Japan a very enticing holiday destination. Japan’s move to scrap most restrictions on foreign tourists, a significant milestone in the country’s tourism revival plan, symbolises the country’s end of the pandemic, as the last wave recedes.

Having experienced one of its busiest months for Japan holiday bookings since September 2019, Wendy Wu Tours, the UK’s leading group touring specialist to Japan, is reporting a staggering 170% uptake against on interest in Japan for September 2022 against the previous month of August. Carrying the largest number of tourist groups to Japan from the UK, Australia, and New Zealand, this news comes as the operator was granted special early exemption by the Japanese Government and Japanese National Tourism Office and welcomed back to Japan at the start of September, as one of the first companies allowed back with tour groups.

Commenting on the news, Wendy Wu, founder of Wendy Wu Tours said: “This is fantastic news for the travel industry and for everyone that has had to delay and defer their Japan travel plans over the last three years. We have been working hand in hand with the Japanese Government and National Tourist Board to prepare for this and so it’s so exciting to finally see this happening and to again reigniting Japan’s place on the global tourism stage.”

Ms Wu goes on to say: “September has been one of our busiest months on record for Japan holiday bookings and now with the lifting of restrictions and news of visa-free travel, we’re adding extra capacity to all tours in 2023 and 2024 as tours are literally selling out as soon as they go on sale. We’re seeing an unprecedented surge for late getaways this autumn to see Japan’s spectacular autumn colours as well as a rush for tours in March and April 2023, to witness Japan’s spring cherry blossom festival, and encourage everyone to take advantage of this extraordinary quiet time before tourism numbers exceed previous years.”

As it stands, from 11 October, entry to Japan for international tourists will require proof of a Covid triple vaccination or proof of a negative Covid test on arrival.