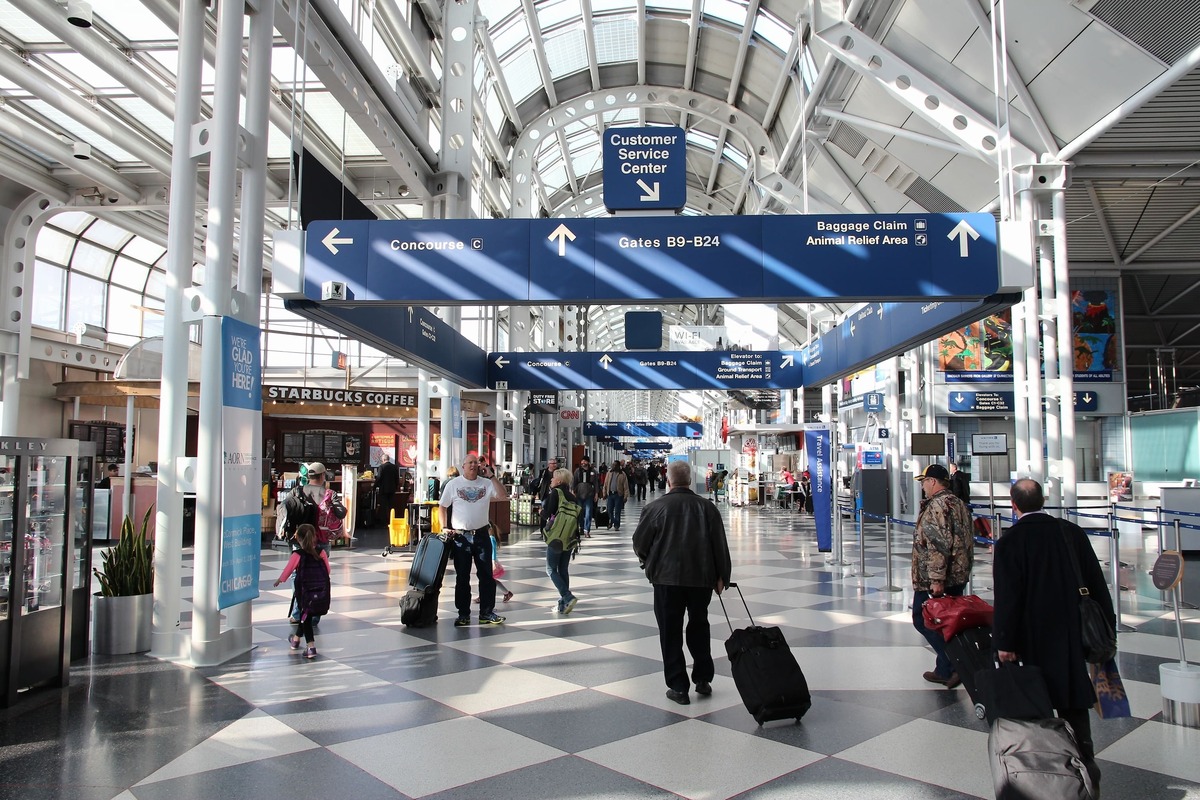 This U.S. Airport Is Now The Most Connected In The World

Further asserting its position as the world’s top transit and destination hub, a mega airport in the United States has attained this year the status of most connected in the world, ending a British reign that dated back years. In numbers, flying out of this airport, U.S. citizens can easily reach up to 262 destinations worldwide with 45 different airlines.

International travel demand has reached new peaks this year after a succession of countries reopened their borders and started welcoming tourists again. While this has led to some significant congestion, especially in North America, the phenomenon has inspired carriers to add brand new routes to their flight map, as well as boost connectivity overall.

With the dropping of restrictions returning to the United States from abroad, one airport, in particular, has benefited significantly:

Behold The King Of Airports

According to a report issued by aviation specialist OAG this week, Chicago O’Hare International is now officially the world’s most connected airport. In other words, it offers the most links to other destinations, both domestic and abroad, as well as the largest passenger capacity. The newly-crowned King of Airports overthrows the UK’s biggest: London Heathrow.

Unlike the previous report, issued as far back as 2019 in the pre-pandemic era, Heathrow has been deprived of its prestige by ranking at a record-low number 22. Although it still serves as many destinations as it did back in 2019, the number of ‘possible connections’ on its busiest day this year dropped by 40 percent, and it’s not hard to understand why.

In order to tackle flight disruption and reduce the cancelations resulting from a widespread worker shortage and other operational issues amid the post-Covid recovery phase, several airports in Europe have decided to introduce passenger caps. Heathrow was one of them, axing up to 350 flights daily in the busy summer months.

On the bright side, it is still Europe’s number one connecting hub, coming out ahead of a declining Amsterdam Schiphol, which was recently deemed Europe’s worst airport for delays, and even Germany’s main entry point of Frankfurt. The latter enacted one of the most drastic changes, limiting flights to 88 per hour, while Schiphol shut its doors to layover travelers.

What Are The Criteria Here?

All of these measures have contributed to the downfall of European airports on the global scene, paving the way for the U.S. to rise to the number one spot. The conclusion that Chicago’s is the world’s best megahub derives from data gathered between September 2021 and August 2022 from the top 100 airports worldwide for ‘international capacity’.

More specifically, OAG has calculated the number of ‘possible flight connections’ in six-hour window periods on August 12, which has been so far the ‘busiest day’ for international travel in 2022. Unsurprisingly, the United States claimed 13 spots in the top 20 tier, powered by its own domestic market.

The top 5, comprised entirely of U.S. airports, are the following:

New York’s JFK and Los Angeles International also featured in the top ten, as did Mexico City’s Juarez International, whose straining has led to the development of a new airport located 30 miles out. Mexico City’s was, in fact, the highest-ranking non-U.S. airport for flight connectivity, charting at a respectable number eight, up from 15 in 2019.

How Did Other Megahubs Fare?

Over in Europe, two airports that once ranked among the ten highest, Paris Charles de Gaulle and the aforementioned Frankfurt, dropped respectively to numbers 27 and 30. According to OAG, the second best in Europe is now Istanbul Airport, Turkey’s busiest one, trailed by Amsterdam, Madrid, and Munich. Those have all ranked within the top 30 or lower.

It went from being the region’s number two airport to not charging at all in the top 50.