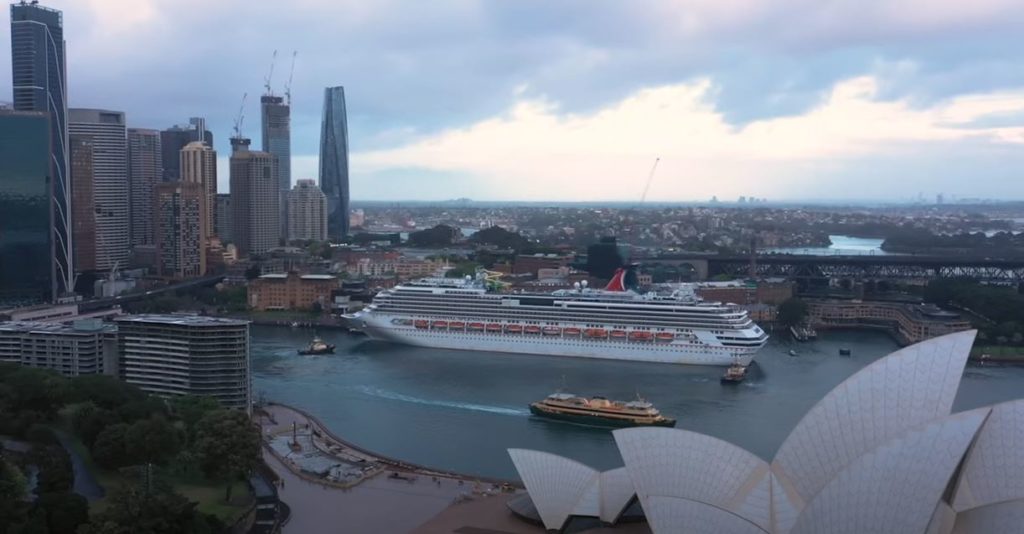 Friday marked the official start of the summer cruise season for Carnival Australia’s eight brands with the arrival of the Carnival Splendor, a ship from the Carnival Cruise Line, escorted by the Pacific Adventure, a ship from the P&O Cruises in one of Sydney Harbour most significant maritime events.

As the industry works to market cruising as a safe holiday choice, the Carnival Splendor is the first international passenger cruise ship to arrive in Sydney Harbour in over two and a half years.

Around 4 a.m. on Friday, 932 days after the departure of the company’s infamous Ruby Princess in March 2020, which left behind 28 COVID-related deaths and more than 600 infections, the Carnival Splendor arrived in port.

Sailing together from off the coast, the Carnival Splendor and Pacific Adventure separated off to approach the harbour alone, resting for a moment next to Fort Denison with the Sydney Opera House and Sydney Harbour Bridge as a breathtaking background.

The return of the Carnival Splendor was also fulfilled on a promise made by the crew of the Carnival Spirit the night before that ship sailed from Sydney in March 2020, marking the beginning of the two-year cruising hiatus. Across the length of the ship, cabin lights spelt out the message “WE WILL BE BACK.”

In 2022-23, during the peak summer cruise season, eighteen ships from Carnival Australia’s eight brands will make 667 turnarounds and port calls to 33 locations across the country.

Cruise travel in Australia is increasing, and Carnival Australia’s brands will play a significant role in that revival during the 2022–23 summer cruise season, according to Marguerite Fitzgerald, president of Carnival Australia and P&O Cruises Australia.

After more than two difficult years, the $5 billion cruise sector has seen a recovery and revitalisation pace that has surprised even industry experts.

In our role as Australia’s primary cruise line, we appreciate the patience and support of our guests and suppliers and the backing of federal and state authorities.

A sense of renewed optimism amongst regional ports of call has been palpable since our ships began gradually returning to service.

Ben Franklin, New South Wales Minister for Tourism, has said that the Premier is considering a post-Covid future in which draconian restrictions, such as those placed on cruises, are lifted.

“I am working closely with Carnival and the cruise industry to do what we need to do to make cruising as accessible and exciting as possible.”