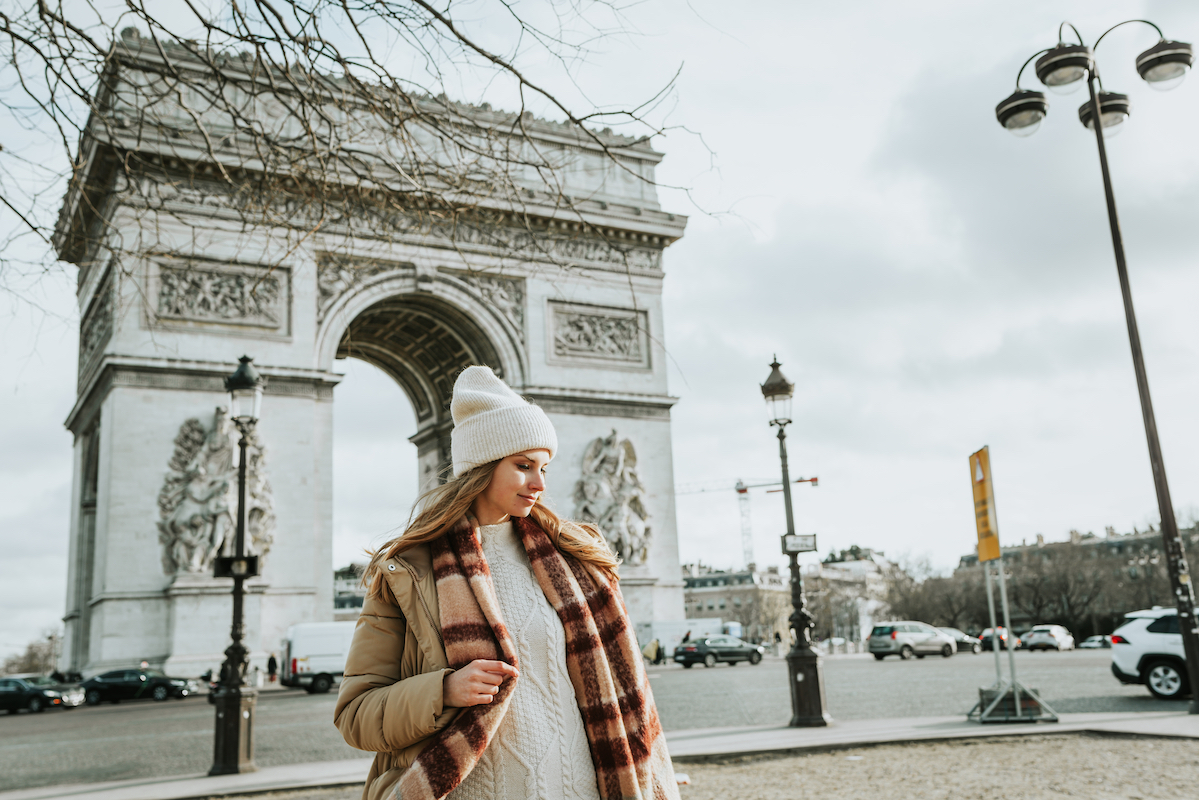 Summer has historically been the peak travel season in Europe.

But if you want to avoid huge crowds, pay lower prices, and enjoy milder weather, winter is a great time to visit many of Europe’s most popular destinations.

While it’s true that some summer destinations in Europe close for the winter (think smaller beach towns and island destinations), larger cities are busy throughout the year.

On this list, you’ll find cities that are perfect for visiting in the winter.

There’s nothing too cold on this list (so that rules out Scandinavian cities like Copenhagen and Stockholm, or Northern European cities like London and Amsterdam), but rather, you’ll find cities with milder winter temperatures, low crowds, and low prices.

Athens is an incredible destination to visit during the winter. You’ll be able to tour the ruins of the Acropolis, Ancient Agora, Temple of Hephaestus, and more with little to no crowds.

Popular islands like Mykonos and Santorini are ghost towns during the winter, and the majority of shops, restaurants, beach clubs, and hotels will be closed for the season.

Similar to Athens, Rome is a bustling and vivacious city in Europe, even during the winter months.

The city can become uncomfortably hot and crowded during the summer. But during the winter, it’s cool and comfortable, and you can enjoy the sights of the Colosseum, Pantheon, Trevi Fountain, and more without having to push your way through the crowds.

However, the nearby Amalfi Coast, with its famous destinations like Positano and Capri, does close for the season. If you want to visit the Amalfi Coast from Rome, it’s better to go in late spring, summer, or early fall.

Seville is one of the most beautiful cities in Spain, but it’s also one of the hottest. Located in Andalusia in southern Spain, Seville’s temperatures soar to 110° F in the summer!

It gets so swelteringly hot in Seville that most locals don’t even go outside during the daylight hours of summer.

But during the winter, you can enjoy mild temperatures in the fifties and sixties. This makes exploring Seville much more pleasant. You can also take day trips to other towns in southern Spain, like Cadiz and Córdoba from Seville.

Out of all the cities on this list, Paris does experience the coldest winter season, with average temperatures in the forties.

But it doesn’t get bitterly cold, and it rarely snows in Paris. In recent years, Paris has been experiencing extreme heat waves during summer, not to mention it’s the most expensive and most crowded time of year to visit.

During the winter (with the exception of the busy Christmas season), you can enjoy low crowds in Paris and have attractions like the Eiffel Tower, the Louvre, and Versailles almost to yourself.

Venice is a destination that has suffered from extreme overtourism in the last decade.

This small Italian city made up of canals and bridges feels like something from a bygone era. It’s a wonder a city like Venice still exists. The magic of the city is lost during the summer, when it’s hot, humid, and filled to the brim with tourists.

But winter is an incredible time of year to visit Venice. The only time you can expect high crowds and high prices is during the Venice Carnival festival that occurs in February.