A Guide to the Best Beaches in Tenerife

Almost all trips to Tenerife are centred around one thing: the beaches. Being the largest of Spain’s Canary Islands, you’ll find many incredible beaches in Tenerife.

Here are a few of the most popular beaches and a few quiet beaches in Tenerife. But first, let’s talk about getting around Tenerife.

If you want to beach-hop around Tenerife, you’ll need to know how to get around. There are three main ways to get around: by bus, taxi and car.

Getting around by bus in Tenerife is the most affordable way of seeing the island. You’ll be able to find the bus timetable at any of the bus stations, or you can ask your hotel for assistance (or Google).

The second option is by taxi. We recommend getting a taxi from the airport as it’s the easiest way to get to your hotel – check out Solhop. Once at your resort or hotel, you’ll likely find taxi ranks nearby or spot taxis while out and about. Taxis display a green light on the roof and will have an official plate with the letters ‘SP’ (servicio público – public service) on them.

However, hiring a car in Tenerife is the most convenient way to get around the island. There is a variety of car hire companies to choose from, with many different cars.

If you love exploring different beaches, here are a few of the best beaches in Tenerife.

Playa del Duque beach in Tenerife is often considered the main beach in Costa Adeje. This whole area is quite exclusive, offering a premium resort feel. While it is quite commercialized, this beach also offers opportunities for rest and relaxation. It’s also protected by a breakwater, making it safe for children and families.

You’ll also find all beach facilities, including sun loungers and parasols, toilets, showers, changing rooms and beach bars. It’s also one of the twelve beaches in Tenerife with facilities adapted for people with reduced mobility.

Where to stay: Bahia del Duque 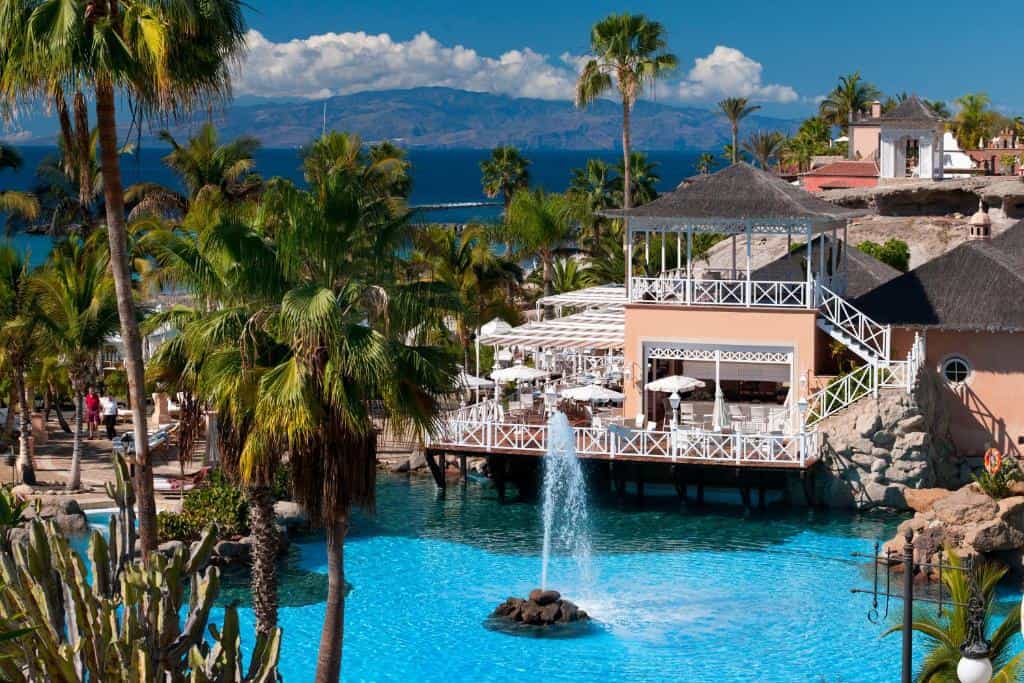 There’s a big parking lot (that’s free) along with changing rooms, toilets, showers, restaurants and bars. One of the best things about this beach is that it’s lined by beautiful palm trees – giving it a fabulous island beach feel. 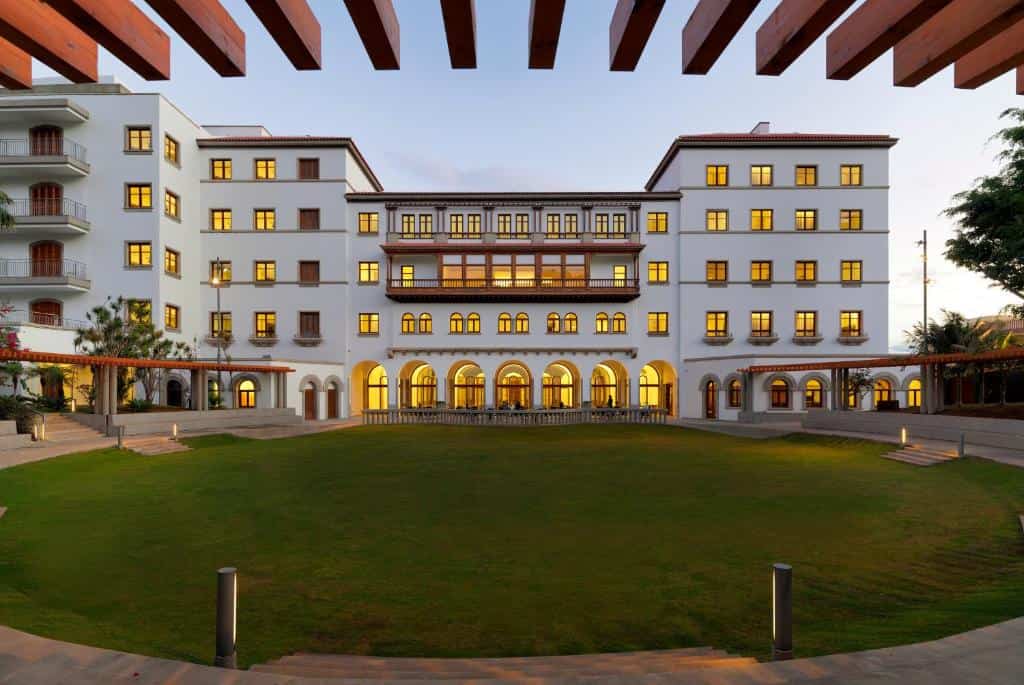 This stylish, urban hotel with a spa is located in a colonial-style building. The hotel is situated in a quiet residential area, just 50 m from García Sanabria Park. It is just 5 minutes’ drive from the ferry port with regular crossings to the other islands.

Where to stay: Labranda Bahia

Playa Jardín is one of the Puerto de la Cruz beaches. Located in northern Tenerife, it’s one of the most popular beaches in the region. It’s also one of the black sand beaches in Tenerife and is divided into three sections: Castillo beach, Charcón beach and Punta Brava beach.

Surfers will be happy to find the open areas, while other beach lovers can enjoy the promenade, gardens, children’s playgrounds, terraces and restaurants.

You’ll also find all beach facilities, including sun loungers and parasols, toilets, showers and changing rooms. It’s also one of the twelve beaches in Tenerife with facilities adapted for people with reduced mobility. 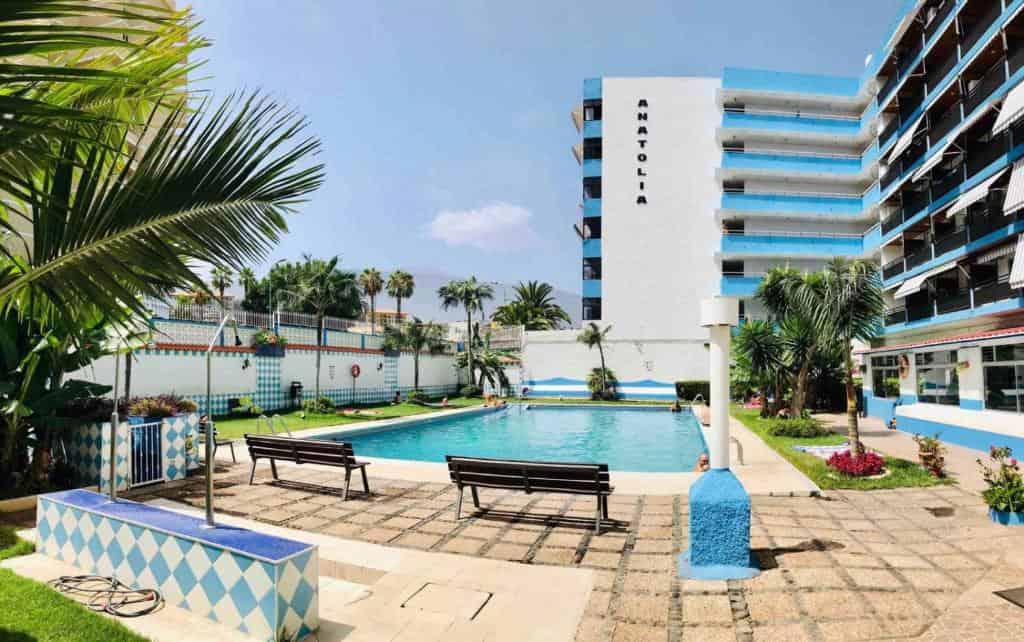 Here’s one of the black sand beaches in Tenerife. It’s located in the resort town of Los Gigantes and is well known for its tall cliffs reaching up to 800 meters. While it’s not a very big beach, only about 180-meters long, but it has everything you need for a perfect beach day of swimming and relaxing – including showers and toilets and lifeguards.

Where to stay: My Ocean – Cliff & Ocean View 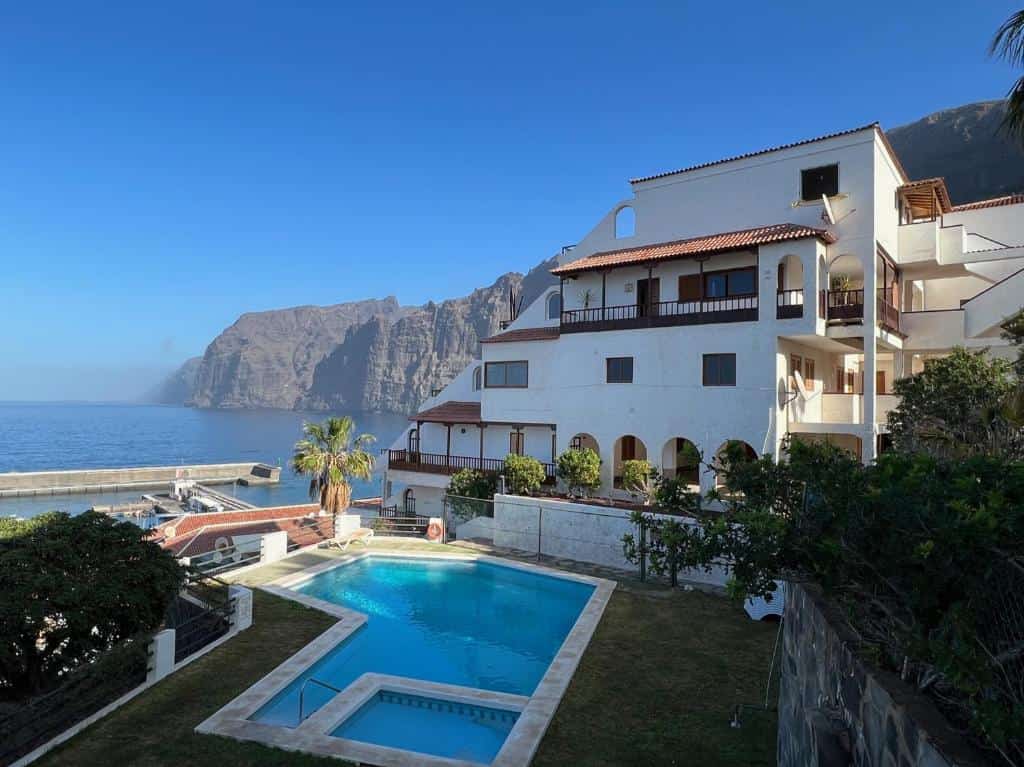 Located on the East Coast of Tenerife, this is one of the largest natural beaches on the island. You can expect soft sand beach, bright blue waters and craggy volcanic rock formations. It’s much windier here, making it a great beach for windsurfing or kiteboarding.

Nearby town, El Medano, is a popular kitesurfing town with cool bars and restaurants to chill out at.

Where to stay: Vista Roja

If you’re looking to go snorkeling in Tenerife, this is the spot to go. Also known as Turtle Bay, this is one of the quieter beaches on the island, most popular for snorkelers looking for turtles. It’s a protected territory, making it the ideal place to enjoy the beautiful nature in the area. You won’t find the strip bars and flocks of tourists here – and you also won’t find the usual beach amenities.

Where to stay: Apartamento Garza Blanca

This property is 5 minutes walk from the beach. Apartamento Garza Blanca is located in Bajamar, 300 m from Playa San Juan and 600 m from Playa del Arenal, in an area where hiking can be enjoyed.