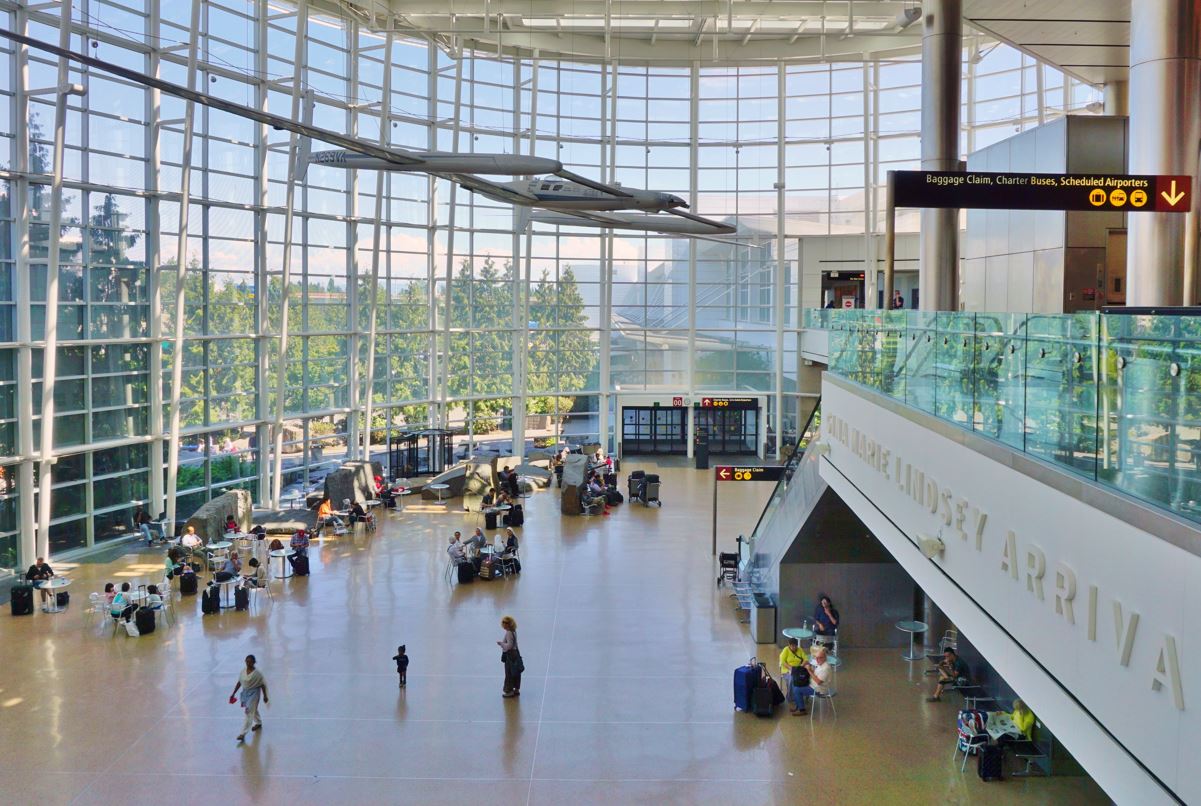 Airfare Has Increased The Most At These 5 U.S. Airports

In a time where inflation is high, and it seems everything is costing more, it comes as no surprise that airfare is also on the rise across the U.S. According to a new study by financial planning site SmartAsset, average prices have increased at all but one of the top 100 busiest airports in the U.S., but prices at some locations have grown significantly more.

The SmartAsset study looked at the average airfare at the 100 busiest airports in the U.S. across a range of metrics. To determine which airports have seen the largest increases, they looked at one-way and roundtrip domestic flights for the second quarter of 2022 and the one-year percentage change and dollar change in average airfare.

The study found that the average price of a domestic flight in the U.S. increased by 21% from the first to the second quarter of 2022. Out of the 100 busiest airports in the U.S., only Myrtle Beach International Airport (MYR) saw a decrease in average airfare

While an average 21% increase in airfare from the previous year seems alarming, it is important to remember that prices were at a historic low during the height of the pandemic. That being said, the average cost of airfare is still higher than in pre-pandemic times. What this study shows is that some airports have increased at a higher rate than others, so travelers might want to look around at alternative airports or spend some extra time searching for the best deal if their travel plans have them flying through these destinations.

With no other major airport within 60 miles of Pensacola, travelers here don’t have many options to avoid the major airfare increase at PNS. Despite the fact that average fares have gone up $157, the airport has seen record passenger numbers in recent years.

But there could be hope on the horizon for passengers hoping the prices will drop. Airport officials recently announced they are fast-tracking plans for a major airport overhaul with an expansion that would increase capacity by 50%, a move that would hopefully see more competitive fares.

With an average price increase of $140, Fresno Yosemite International Airport ranks second on the list. But a closer look at data from the U.S. Department of Transportation shows that not all destinations originating in FAT have seen an increase. Average fares from Fresno to Las Vegas decreased by 4.4%. However, the data also showed that fares to Seattle increased an astonishing $66%.

Airfares at Seattle-Tacoma International airport increased by an average of $144. SEA has seen huge growth in recent years, and officials recently authorized over $250 million in airport upgrades to help cope with the increased demand by modernizing facilities and increasing efficiency.

With the closest International airport a whopping 412 miles away, passengers don’t have many options to avoid the average $134 price increase at Bozeman Yellowstone International Airport. But that isn’t stopping passengers from flying in and out – according to Brian Sprenger, the airport’s CEO,  BZN is handling over 2.2 million passengers a year and saw a growth of 38% last year.

Unlike rural Bozeman, Los Angeles International Airport has several airports within a reasonable distance where travelers can look for alternatives to the average $133 increase. Depending on where passengers are headed, more economical options could include John Wayne Airport, Ontario International Airport, Hollywood Burbank Airport, and Long Beach Airport. LAX is no stranger to “worst airport” lists, so looking elsewhere could be rewarding beyond any potential cost savings.