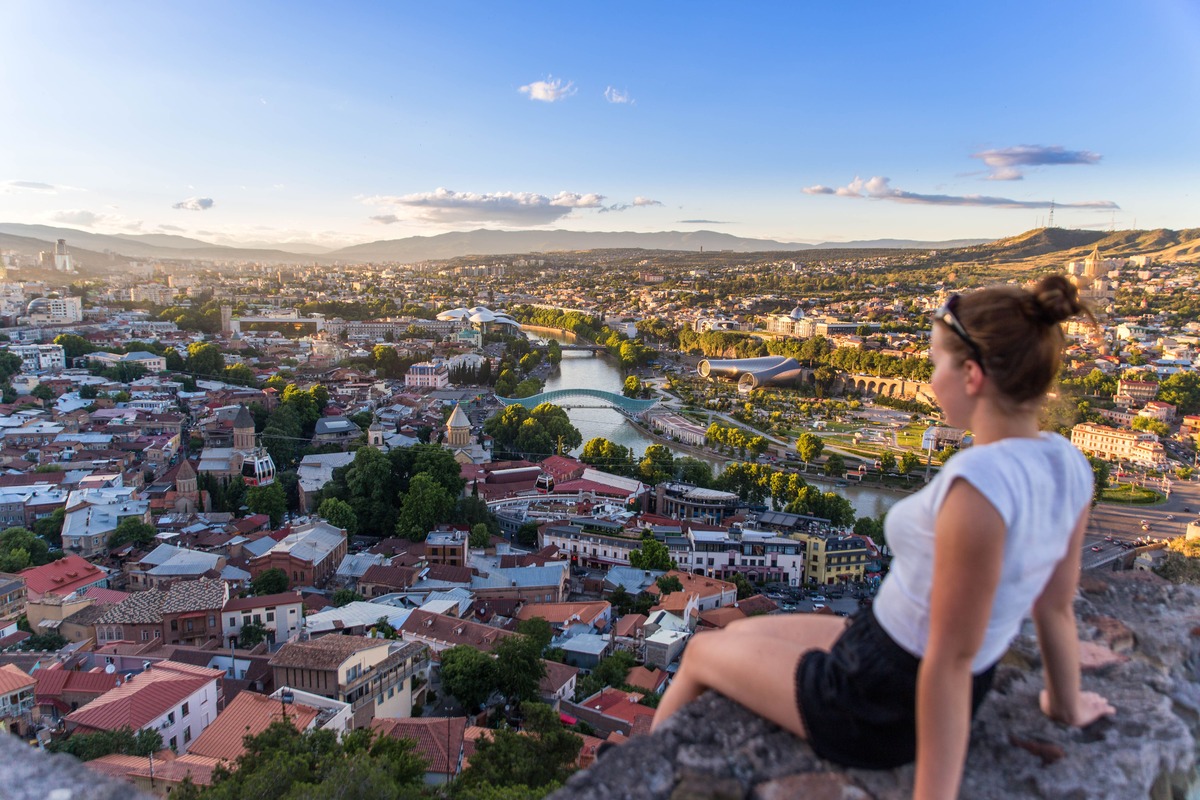 With all the craziness going on in the States right now, what with the loop of political controversies and economic upheavals, are you thinking of relocating elsewhere, even if only for a while? Perhaps somewhere far from all the culture wars and where life is not as cripplingly expensive? Well, we might know just the place… and surprisingly, Americans don’t need a visa at all to live there for up to a year.

Have you ever heard about Georgia, the country?

A Hidden Gem Nestled In The Far East Of Europe

Georgia is located in the Caucasus, an ambiguous territory marking the European and Asian boundaries, known to compile the very best of the two continents it is sandwiched in between – even then, it has been traditionally considered to be a part of the easternmost reaches of Europe. Sounds confusing still? It is located precisely northeast of Turkey, and south of Russia.

It is also one of the world’s most seriously underrated destinations. Although relatively obscure to Americans, Georgia is an incredibly ancient country, dating back more than 12,000 years. It has centuries upon centuries of History, and there is a lot to unpack here, though its exciting capital, Tbilisi, is a good place to start.

Tbilisi’s cityscape is dominated by picturesque Eastern Orthodox churches, the monumental Sameba Cathedral, a hilltop fortress boasting views of a colorful Old Town and the meandering river below, and countless museums where visitors – and long-term residents – can immerse themselves in, and learn about Georgian/Caucasian culture.

Beyond Tbilisi, Georgia has a myriad of other attractions ready to be discovered, such as the ancient cave city of Vardzia, similar to Turkey’s more famous Cappadocia, picturesque Black Sea towns with beaches that have hardly seen a massive influx of tourists in recent years, the natural wonders of the Mtirala National Park, and many more.

Additionally, for History lovers, the city of Gori in eastern Georgia is the birthplace of Soviet leader Stalin. Those are already reasons enough to consider a move to fascinating Georgia, but this is where things get truly interesting:

No Pre-Departure Visa Required For Stays Up To One Year

The country allows Americans to stay for up to a whole year without requesting a visa in advance. That means you can easily pack up all your belongings – which if you’re a digital nomad won’t be many at all – and move to Georgia with just your passport. No registration required, to Consulate appointments, no pre-issued permits. Simple as that.

For that reason, Georgia is one of the easiest countries to emigrate to. Unlike other European nations, that normally require a truckload of documents to grant Americans residence permits, Georgia is pretty lax about it. If you want to come and make it your base, whether temporarily or for a whole year, you’re more than welcome to.

On the other side, having relaxed immigration rules does not mean Americans enjoy freedom to move into and out of Georgia as they wish. It is still a sovereign country, and some rules must be respected. If they are residing in Georgia for more than 183 days, and are employed, for instance, Americans are liable to pay tax.

This includes those working as entrepreneurs, or for an American-based company while living in Georgia. Those who don’t comply risk getting fined, and although the Personal Income Tax rate is relatively high at 20%, it is still far lower than other more popular European nations like Germany, at 37.7%, or Italy, where taxing can reach a staggering 43%.

If you’re still not happy about contributing this much to the Georgian Treasury, there is an easy way to bypass the high fees: for young entrepreneurs and freelancers coming from America and other countries, Georgia allows them to register for a ‘Small Business Status’, allowing them to pay 1% instead of 20%.

The only requirements? Do not have earnings originating from consulting and gambling, and an annual turnover of less than 500,000 lari, or approximately $184,000. Not that difficult to fulfill being a full-time traveler, right? With all this money talk, you may probably be wondering: is Georgia an expensive place to live in?

How Expensive Is Georgia?

To sum it up, not at all. Georgia has long been a haven for digital nomads looking to escape mainland Europe’s extortionate prices, and according to Numbeo, a platform compiling cost of living data across several destinations, a single person is expected to spend an average $538 a month living in the country, not including rent (August 2022 numbers).

It 42.42% more affordable living in Georgia than in France, for example. When planning to stay longer than a year, or even make Georgia their full-time home, Americans have a number of options to consider, though they are advised to contact local authorities to inquire about visa extensions, or permanent residence permits.

Here are other reasons why Georgia is a great place to relocate to:

Not sure about you, but we’re taking the next flight out like, right away. To find out more about travel to Georgia, entry requirements, health insurance requirements, and long-stay visas, make sure you access this link.