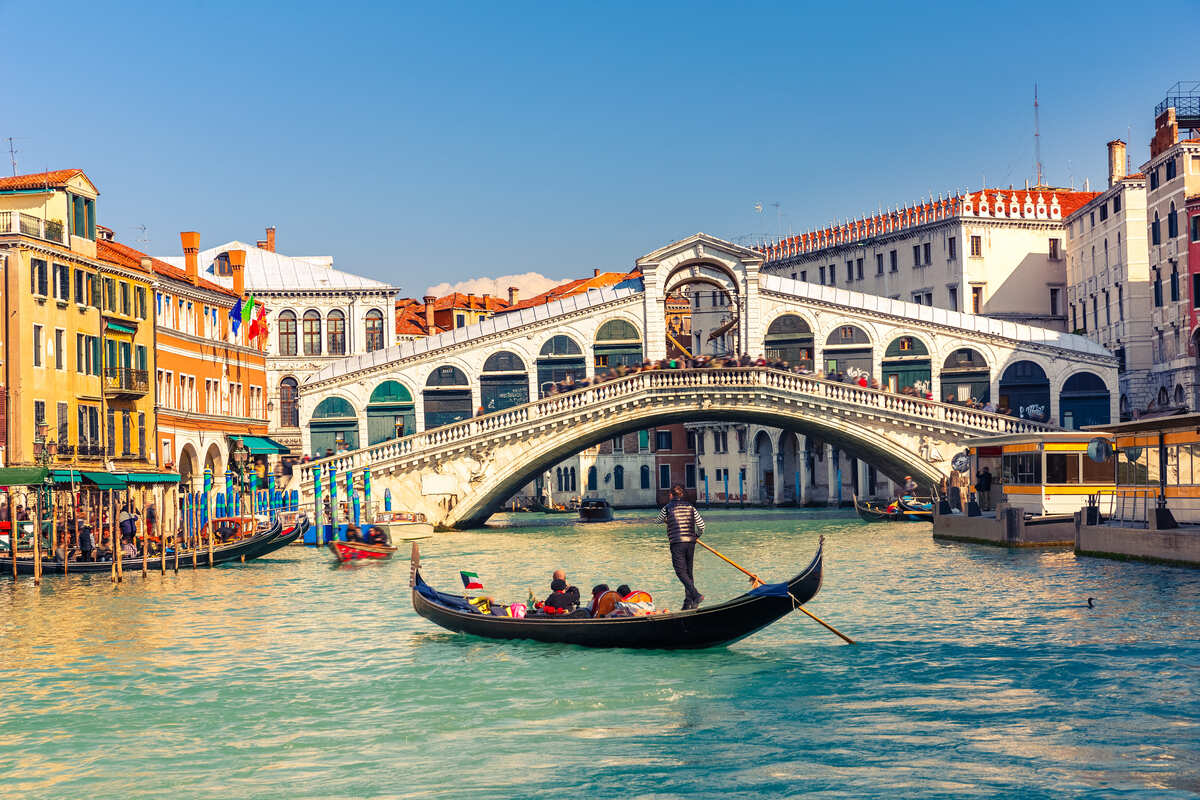 Heavily affected by overtourism, the Italian port of Venice infamously decided to introduce a ticketing system for visitors in recent years in hopes of mitigating the impacts of the crowds. Originally due to come into effect on January 16, it has now been delayed, which means Americans will not have to buy a ticket to enter the city – at least for now.

Venice is one of a number of cities in Europe ramping up their efforts to combat mass tourism. While Mexico, the Dominican Republic, and the like are looking to capitalize on the ongoing travel frenzy as much as possible and have been actively promoting themselves as tourist-friendly destinations, the Old Continent is going the opposite way entirely.

Moving on from Covid, Europe does not want a return to the hectic pre-pandemic days, and Venice’s entry fee is a strong indication of that:

In exciting news for bureaucracy-wary travelers, the City of Venice has again delayed plans to introduce a fee for tourists, scrapping the previous launch date of January 16, 2023. The new system, set to turn Venice into a literal open-air museum that requires reservation months in advance, has been described as ‘the first of its kind in the world’.

Implementation was never going to be easy, as it applies to an entire city – one of Italy’s most important – and not a well-enclosed archaeological site or park. Needless to say, surrounding Venice with sea walls like in Medieval times has never been a plausible alternative, even for the hardline anti-tourism Venetian.

As reported by Forbes, local authorities have been struggling to enact the changes ‘as they grapple with logistics‘, though more details were not given at this point. In a way, this reminds us of Europe’s back and forth with its future ETIAS requirement, a mandatory online Travel Authorization applying to Americans that will be enforced beginning November 2023.

The ETIAS, alongside its associated Entry and Exit System, is a multi-million euro project that has proved challenging to materialize, despite being years in the making already, and Venice’s own ticketing system is no exception. It involves more than simply setting up a web page for the collection of a visitor’s tax: this will dramatically change tourism in Venice for future generations.

How Will The Ticketing System Work?

Currently, the only thing tourists have to monitor carefully traveling to the Floating City is room availability. They are allowed to come and go as they wish, even as day-trippers, but finding reasonably affordable accommodation last-minute can be close to impossible. This is particularly true in the peak of summer, though Venice remains busy all year round.

The record year of 2019 saw a concerning 36 million foreigners arrive in Venice, a city of about 270.000 inhabitants only. To draw a comparison, that is the exact same number of tourists the country of Mexico has hosted throughout the whole of 2022. Looking at it from this angle, we can’t even be mad at Venetians for wanting to shut down their doors – if only slightly.

Once the ticketing system is formalized, visitors to the historic center of Venice, which comprises all the main medieval canals and points of interest, such as Rialto Bridge, St Mark’s Square, and Doge’s Palace, will need to book their visit, possibly months in advance to avoid getting locked out amid overwhelming demand.

If you’re a day-tripper, a single ticket will cost €3, though it can rise to €10 in ‘particularly busy periods’. On the other hand, those staying overnight in the city will be exempt from paying the fee as their ‘tourist tax’ will be collected by their accommodation provider, but not from booking a visit through the official online portal.

Tickets are valid for Venice itself and any of the islands and municipalities in the Venetian Lagoon, including the colorful towns of Murano and Burano. Those traveling to see family, or staying at a friend’s house, will obviously not be charged for the duration of their sejour, but will be subject to the reservation process, as confirmed by Forbes.

Tickets will be issued in the form of a QR code, that will be checked upon arrival at one of the city’s entry points by ‘ticket controllers’. At this time, we were not able to find information on the penalties for non-compliance, but we assume day-trippers not staying overnight without a paid reservation will be prevented from accessing the historic center.

So now that January 16 is no longer the launch date, when will the ticketing system start applying? This time around, the Venice City Council refrained from offering a final date, suggesting instead that the delay will be of ‘at least six months’. This leads us to believe the system will be fully operational by summer or fall 2023.

Funnily enough, the ‘under-touristed’ Trieste, a city close to the Slovenian border, is covering the transportation costs of Americans visiting for a minimum of two nights up to May 31, 2023, as long as they arrive from within Italy. If you’re feeling discouraged by Venice’s drastic measures, perhaps you should consider exploring the beautiful region of Friuli Venezia Giulia instead.