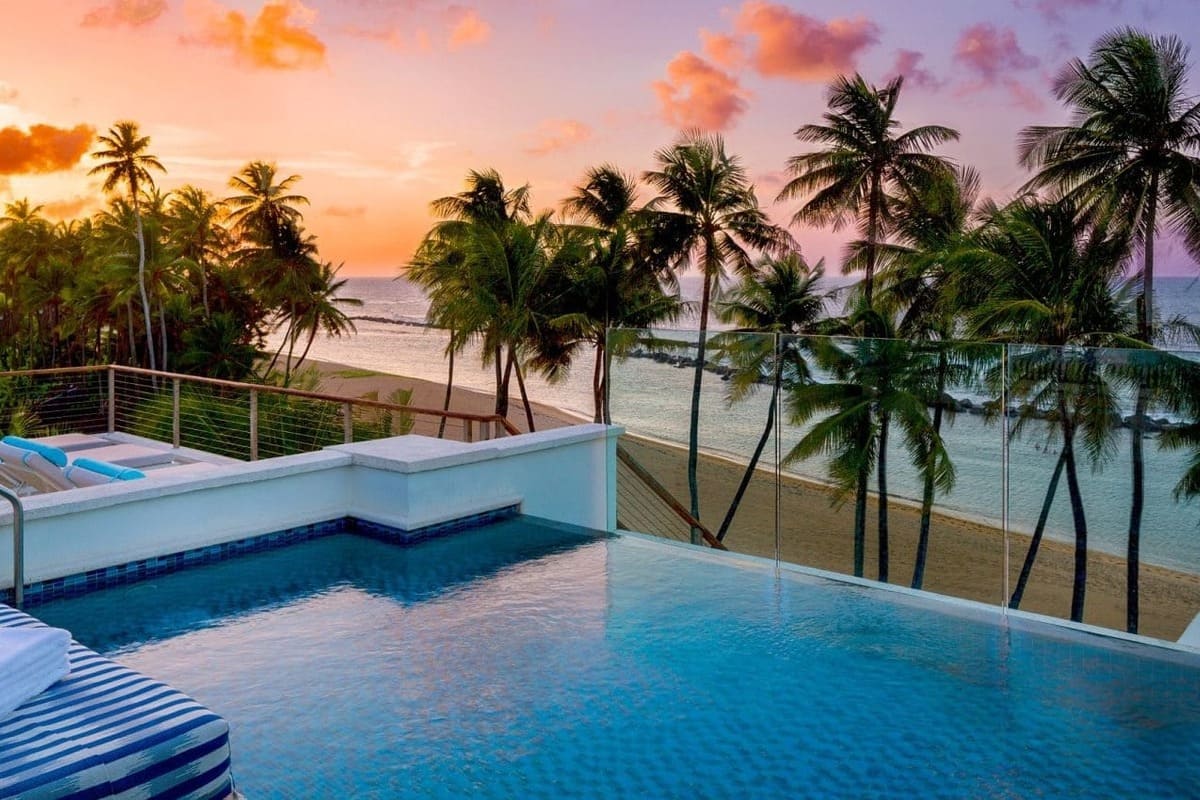 Is This The Most Incredible Hotel In The Caribbean?

The Caribbean is at the forefront of the luxury tourism trend, both due to its world-class luxury resorts and ongoing regional development. Additionally, it is a diverse collective of thirteen destinations, and picking the most incredible hotel between them can be a challenging task. Still, a renowned travel magazine accepted the challenge and named a strong contender.

As customary, Condé Nast – CN Traveler has been unveiling its ‘best of the year’ destinations pertaining to numerous subcategories, ranking both top experiences and destinations around the globe based on their greatness. Being America’s favorite sunny getaway, we guessed the Caribbean would dominate these lists, and it turns out we weren’t at all wrong.

So where, exactly, will Americans find the region’s top sunny retreat?

On October 18, CN Traveler unveiled its 26 ‘most beautiful places’ in the Caribbean, and out of dozens of turquoise-water beaches, whole nations boasting stunning nature views, and an entire Riviera Maya to consider, they have highlighted a resort. More specifically, Dorado Beach, a five-star Ritz-Carlton Reserve nestled on the northern coast of… Puerto Rico.

Puerto Rico is famous for its mixed Afro-Caribbean and Spanish heritage, evident in local customs and cuisine, colonial-era cities where History can still be lived and breathed, mountainous hinterlands, and tropical forests. It is also an unincorporated U.S. territory, which means U.S. citizens are allowed to visit whether they have renewed their passports or not.

Much like Cancun, it is a highly sought-after Caribbean hub, especially in the winter season, when sun-seeking Americans flock to the tropics for an extended beach break. This resort, in particular, is located close to the town of Dorado, Spanish for ‘Golden’, only fifteen miles west of the lively capital of San Juan, in spite of its far more relaxed vibes.

Named after the settlement, Dorado Beach is one of the first resorts to have been established in Puerto Rico prior to its own transformation into a major international destination. Originally a coconut and citrus plantation, the luxury haven gained its present shape in the early fifties, and despite redevelopment efforts that ensued, it somehow retained some of its centennial charm and authenticity.

Sadly, the same cannot be said about Puerto Rico’s number one rival, Cancun’s Hotel Zone straddling the Caribbean coast of Mexico, which fails altogether to make an appearance on CN Traveler’s picks. As read on the official website, Dorado Beach is the successful blend of a majestic ‘natural setting’ and a ‘100+ year heritage‘.

An Ultra-Exclusive Oasis With Ocean And Rainforest Views

Promoted as a ‘unique and private’ residential resort, it lacks the impersonal character of most 20-story high Caribbean hotels. Here, guests can choose from one of two types of accommodation:

Reservations for the former typically include a complimentary 4-seat golf cart, perfect for trails and beaches, as well as a ‘fully stocked premium kitchen’ and spacious common areas, such as living and dining rooms. Depending on the accommodation selected, the latter option may feature outdoor showers, Spa Botánico access, and 24-hour in-room dining.

Within the property, temporary residents have access to nature walks, where local bird species and other ‘exotic’ wildlife are routinely spotted, a water park, a spa offering massages and other body treatments, a wellness center, a gym, tennis and golf courses, up to seven restaurants and bars on-site, tennis courts and countless other amenities.

Demand For Budget Travel Is Gone, But Dorado Beach May Still Be Off-Limits To Most

As CN Traveler editor Caitlin Morton points out while arguing this is the Caribbean at its most astonishing, ‘this Ritz-Carlton Reserve takes the cake‘. Mrs. Morton was particularly enamored of the resort’s outdoor showers, mentioned above, its easy sea access, and ‘lush greenery’. The only downside? Staying in Dorado Beach may be a once-in-a-lifetime experience, but it also requires a lifetime of savings.

Dorado Beach can easily be one of the most expensive vacation hotspots in Puerto Rico, with a single overnight stay in the high season costing up to USD 2.948 booked months in advance through Booking.com. Alternatively, other Caribbean competitors can be booked for under USD 4.000 per week this winter.

They’re not as trendy, certainly not as scenic, and perhaps a bit overcrowded, but definitely much cheaper in comparison.

We know the demand for budget holidays is fading by the minute, but even the average American who isn’t concerned about money when it comes to leisure and travel will be thinking twice faced with such prohibitive rates.