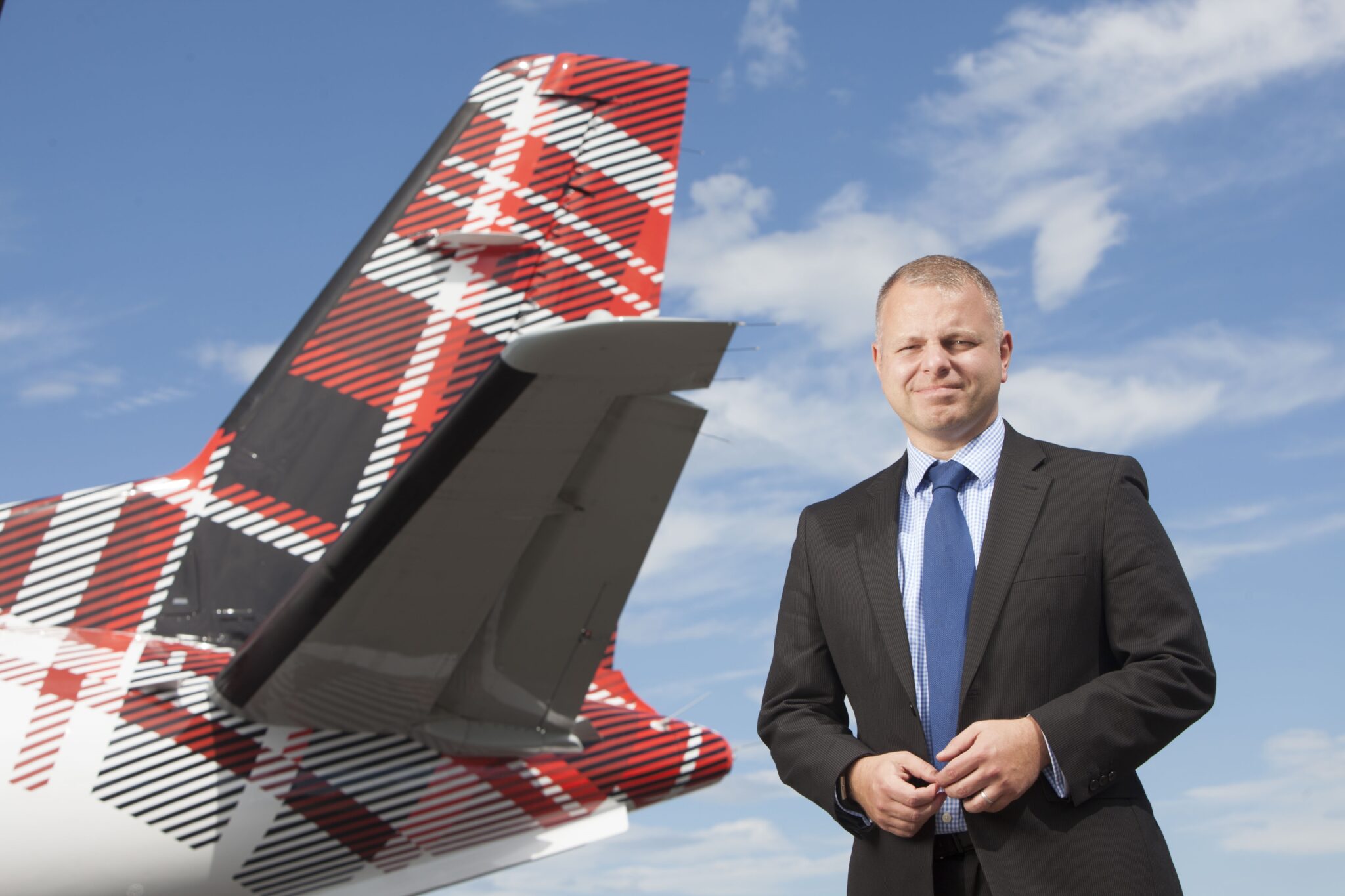 Loganair has launched its first ever podcast series, offering a unique insight into the UK’s largest regional airline as it continues to spread its wings. The show, entitled FlightLOG, is hosted on Loganair’s website and charts the ongoing development of the business, which was established 60 years ago. Three 20-minute episodes, presented by broadcaster John Mellis and featuring some of Loganair’s most senior figures, are available.

In the first episode, the airline’s CEO Jonathan Hinkles explains the airline’s industry-leading sustainability journey. Last year Loganair committed to becoming net zero by 2040, 10 years ahead of the UK government. To achieve its goal the business is implementing a range of measures including carbon offsetting, upgrading its fleet to the most fuel-efficient regional aircraft available, supporting and investing in community-led renewables schemes and helping to develop future flight technologies.

The second programme features Luke Lovegrove, Loganair’s Chief Operating Officer, who explores Loganair’s leading role in providing UK regional air services; an essential component of the country’s transport infrastructure. As part of the podcast, Luke reveals the airline’s diverse customer base including leisure and business travellers as well as its charter and contract operations, and the new routes and partnerships helping remote communities access global connectivity.

In the third episode, Head of Human Resources at Loganair, Lyndsay Kennedy, discusses Loganair’s people approach. Known in the sector for its family feel and focus, Loganair is now a business of more than 800 employees and recently introduced an ambitious new equality, diversity, and inclusion strategy to ensure all employees have a fair chance of achieving their career goals.

Jonathan Hinkles, CEO, said: “In the year of our diamond anniversary, it’s fitting that we look forward to the future of Loganair as well as back at our roots. We’ve always been a responsive and innovative organisation, but as we grow and increase connectivity across the UK, we want to share our journey with our customers and showcase the ambitious steps we are taking to be a truly global airline but with the same personal touch that people have come to expect.”

The introduction of FlightLOG follows the success of Sky High Club, a 10 part BBC reality TV series following some of the youngest members of the team at Loganair.

To create the series, Loganair provided all-areas access to camera crews from Mentorn Scotland over several months – filming from as far afield as Shetland and the Outer Hebrides to London Heathrow, as 11 of the airline’s team, ranging from Captain to Aircraft Engineer, balanced their personal lives with the busiest summer at work they’ve faced to date.