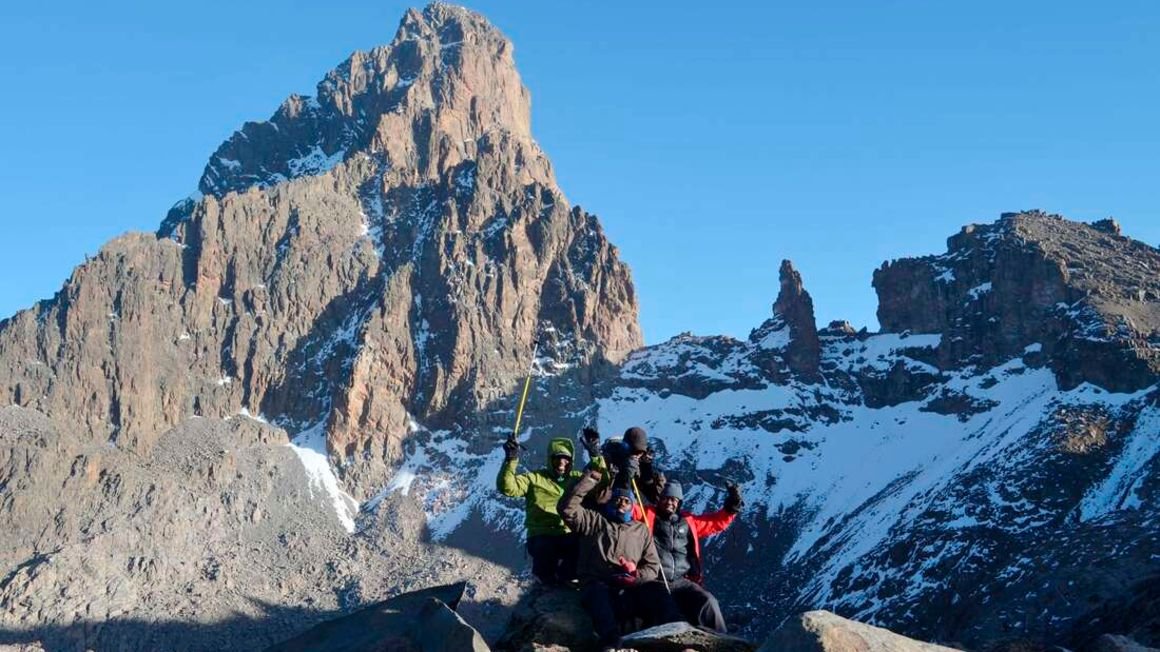 A new route up Mount Kenya has been opened, as the number of locals and international guests booking hiking holidays increase.

The rise in the number of mountaineers means that the few routes will soon be overcrowded, dampening the thrill of hiking.

The Fairmont Mount Kenya Safari Club in Nanyuki, set on the foot of the mountain, has created a new route, the fourth for those climbing Kenya’s highest peak and the second tallest one on the continent.

The route set to open in January will draw hiking guests, helping the hotel which reopened recently after two years of closure, grow its numbers.

Mehdi Morad, the general manager of Fairmont Hotels in Kenya, said hikers using the new route, called Safari Club route, will not need to travel for hours to scale the mountain.

“We have partnered with the Kenya Forest Service, Mt Kenya Wildlife Conservancy and Kenya Wildlife Service to revamp a complete mountain package,” he said.

Three main routes penetrate the forest and the moorland; the Naro Moru, Sirimon, and Chogoria routes. Each has something different to offer.

The partnership will also enable visitors to the five-star establishment to enjoy game drives and have a view of wildlife species including the rare and endangered mountain bongo antelope.

Mr Morad said part of the mountain-climbing project includes the provision of an information centre at the periphery of the forest, which will assist the tourists in finding their way to the mountain.

It is envisaged that when fully operational, the mountaineering route will create employment opportunities for thousands of youth. So far, the county has about 1,200 mountain guides.

“The communities will also reap from the endeavour by establishing their eco-tourism sites within route.

“Involvement of the community is paramount to us,” said Mr Morad.

“The hotel has also planned to build the capacity of guides and porters in to improve standards in service delivery and to add value to the tourists.”

The new route will end up joining the others as you scale to the highest peaks of Batian and Nelion. The main peaks were named after the paramount Maasai chiefs; they are Batian at 17,057 feet, Nelion at 17,020 feet and Lenana at 16,354 feet.

There is also the thrill of coming down the mountain by helicopter.

“One of the most exhilarating ways to come off the mountain is by helicopter. It takes minutes to come down what took days to go up, but certainly easier on the knees and provides a fantastic perspective. The sense of achievement and satisfaction will stay with you for years to come,” Mr Morad added.

For years now, hikers have been combining mountain-climbing expeditions with a five-day safari to Kenyan parks. For those looking to climb to Point Lenana, the Naromoru route is the fastest but not as scenic as the other two. It is also often overcrowded since it is the most popular.

The Chogoria route is the most scenic and interesting of the three. It passes the enchanting Hall Tarns and looks down sheer cliffs into the spectacular Gorges Valley and onto the beautiful Lake Michaelson.

The Sirimon route is the least used but features the most gradual ascent profile and best acclimatisation options and above all the most interesting since it’s on the drier side of the mountain. The route passes through impressive Yellowwood forests in the lower reaches and features abundant wildlife and beautiful alpine scenery higher up.

There are other four Mt. Kenya climb routes up Point Lenana but are least known and used. These are Burguret, Timau, Meru, and Kamweti routes, all at different elevations.

Most foreign tourists visit Kenya mainly for its beaches and wildlife, but the Tourism ministry is betting on experiential tourism to woo millennials who have adventurous bucket lists such as mountaineering, dining under the stars, zip-lining, bungee-jumping, walking with rhinos, scuba-diving and rock climbing.

In 2019, Kenya commenced the Magical Kenya Signature experiences where adventure offerings such as the Forest Kereita, tropic air Safaris’, cycling at the Mara and mountain climbing were highlighted as prime experiences in Kenya.

“Adventure tourism is part of the identity of the destination and we want to continue showing travellers that we have so much more. We want the country to be the ideal mountaineering destination in Africa and the world,” said Allan Njoroge, the Kenya Tourism Board Company Secretary.

These activities are expected to lift the sector that had been battered by the pandemic. According to the outgoing Tourism and Wildlife Minister Najib Balala, between January and August, total arrivals for the eight months were 924,812, up from 483,246 tourists in the same period last year.

In 2020, Mt Kenya was ranked among the top 52 places to visit by the New York Times, because it is one of the world’s last remaining tropical glaciers.

Every year, about 26,000 hikers climb the mountain, according to Kenya Wildlife Service.

Apart from Mt Kenya, the destination is also well-endowed with other hiking and adventure destinations that travellers can explore including Karura Forest, Ololua Nature trails, Menengai Crater, Mt Elgon, and Mt Ololokwe and Ngong Hills among others.

These destinations offer different experiences and therefore should be on the list of all visitors.