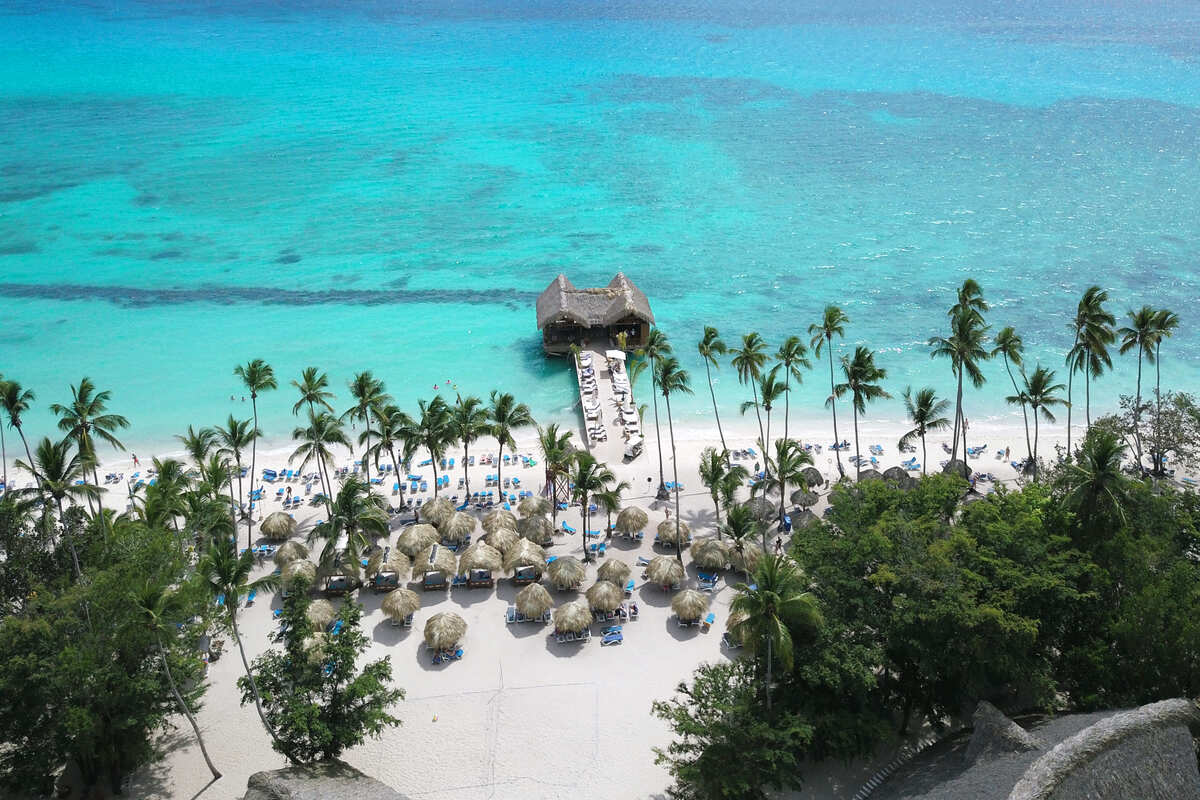 The first restriction-free summer may not have gone entirely according to plan, as an overwhelming surge in demand led to a capacity strain in numerous airports and airfares increased in response, but there might be a silver lining as we slowly approach the fall. In case you haven’t heard, an ultra-low cost airline is launching in September, and it looks set to give Spirit, JetBlue and the like a run for their money.

Ever imagined flying all the way to the teal-colored waters of the Caribbean for (far) less than your weekly grocery expenses? More specifically, for only $55? We know it’s difficult to believe, especially at a time when travel costs are exorbitant, but this will soon be a reality when Arajet, the Dominican Republic’s new carrier, finally enters the market:

In exciting news for Caribbean enthusiasts, Arajet is finally operating its inaugural flight from its base in Santo Domingo to Mexico City on September 15, connecting the Hispaniola nation to one of the America’s busiest international hubs. Initially, Mexicans and Americans living south of the border will be the main beneficiaries of Arajet’s historically low fares, but expansion is already underway.

Following Santo Domingo-Mexico City route debut, Arajet has big plans for the remainder of the season. Those include, naturally, adding flights to the United States and Canada, two of the Dominican Republic’s strongest markets. Within the next few months, North Americans will be able to fly to Santo Domingo paying as little as $55 one-way, or $149 round-trip.

The ultra affordable fees can be attributed to Arajet’s choice of deploying the new ‘state-of-the-art’ Boeing 737 MAX-8 aircraft. As Business Wire states, they’re much more environmentally friendly and consume 14% less fuel. In other words, the airline will be able to cut down on all-time high fuel expenses, and subsequently ‘pass those savings on’ to customers.

As it was expected, the lowest possible fares do not automatically grant passengers the right to bring hold luggage on board, nor feature additional in-flight entertainment. Those can be added for a fee, but on the bright side, taxes are already included in the price breakdown. This means that, when booking tickets on Arajet.com, customers will not be tricked into paying more due to hidden fees.

Which Destinations Is Arajet Serving In North America?

But when, exactly, are U.S./Canada flights launching?

According to the Arajet schedule, service from both Toronto and Montreal in Canada will be available from October, while ‘additional’ flights to the States will be added ‘in the near future’. So far, the airline’s U.S. strategy remains a mystery, though it is safe to say it will face a fierce competition from America’s own economy carriers.

This year, Spirit led the way in launching 31 flight routes within and out of the U.S., further strengthening its position in the Caribbean, including the Dominican Republic. Similarly, JetBlue is taking an aggressive stance, having announced its highly-anticipated winter sale as early as January, starting at only $29, and securing slots in all four major Dominican entry points, including Santo Domingo and Punta Cana.

If Arajet seeks consolidation in the U.S. market, it will have to rise up to the challenge. In a sense, this could very well mean a new fare war, as airlines battle it out for the most alluring offers and cheaper flight deals. One way or another, customers would come out as the definitive winners. At the end of the day, this depends on how successful Arajet’s entry into the Canadian market is in October.

Besides Canada and the U.S., Arajet is adding flights from Santo Domingo to destinations all around North, Central, and South America, including Mexico City and Monterrey, in Mexico, Lima, in Peru, St. Martin, Aruba and Curaçao in the Dutch Caribbean, Medellin and Bogota in Colombia and many more.

In total, the company plans to widen its network in up to 20 destinations, in 12 different countries, only 3 months after the first Mexico City flight. According to CEO Victor Pacheco, Arajet signals the ‘rebirth’ of Dominican aviation, as it is projected to carry more than 7 million passengers ‘in approximately 5 years’.

Pacheco maintains that Arajet will help foster American connectivity ‘at the lowest fares’, being officially the first low-cost Caribbean-based airline, and by symbolizing the first step towards converting Las Americas International Airport, the Dominican Republic’s second busiest, into a ‘premier Latin-American air hub’.