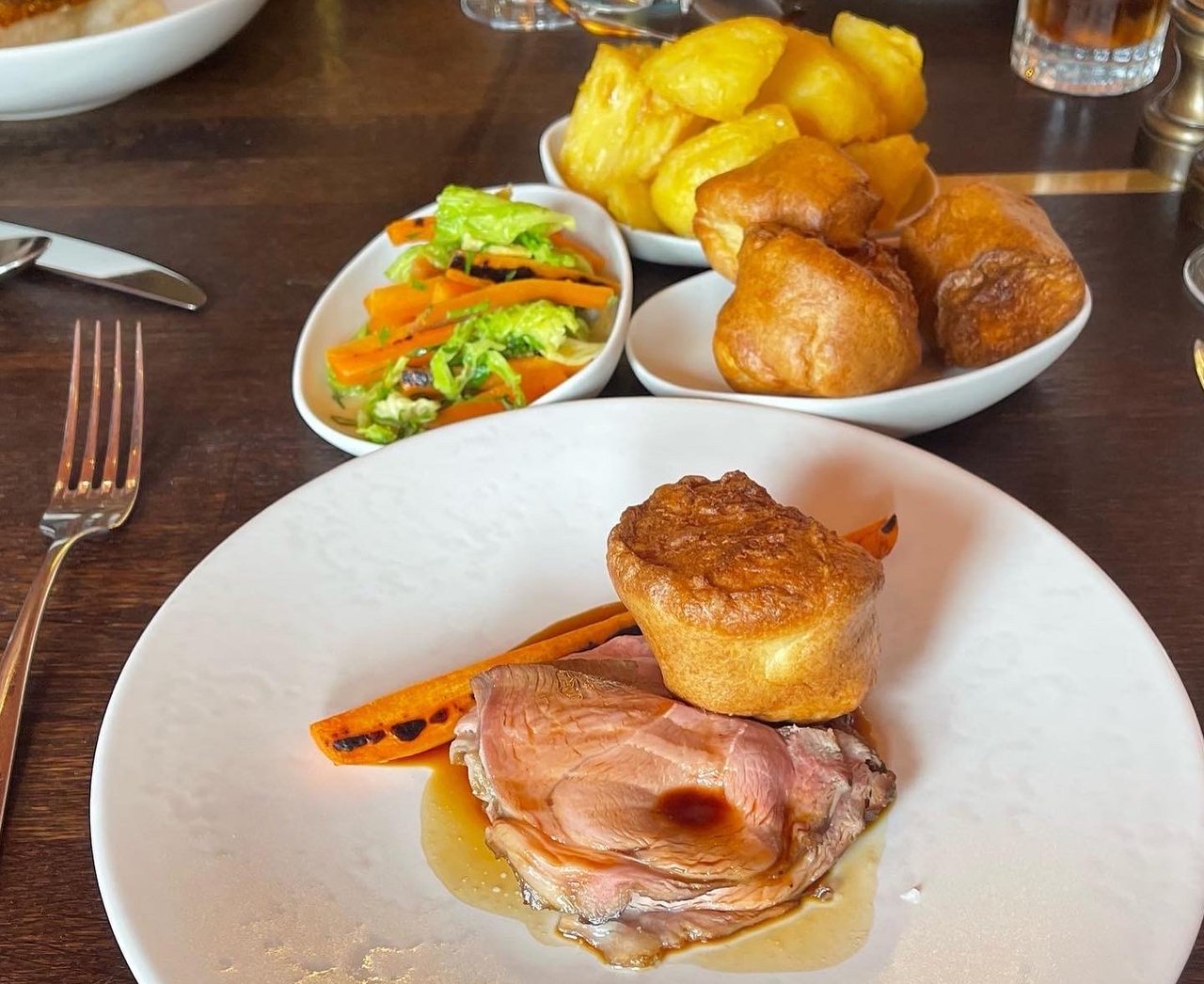 Covent Garden is ripe with interesting restaurants and eateries catering for every taste and ambience. And now there is Pivot by Mark Greenaway, where you can tuck into British gastronomy and a most delightful Sunday Roast in a cosy and calm environment. The walls are burnt orange brightened up by funky artwork, while the floors and tables are dark wood. 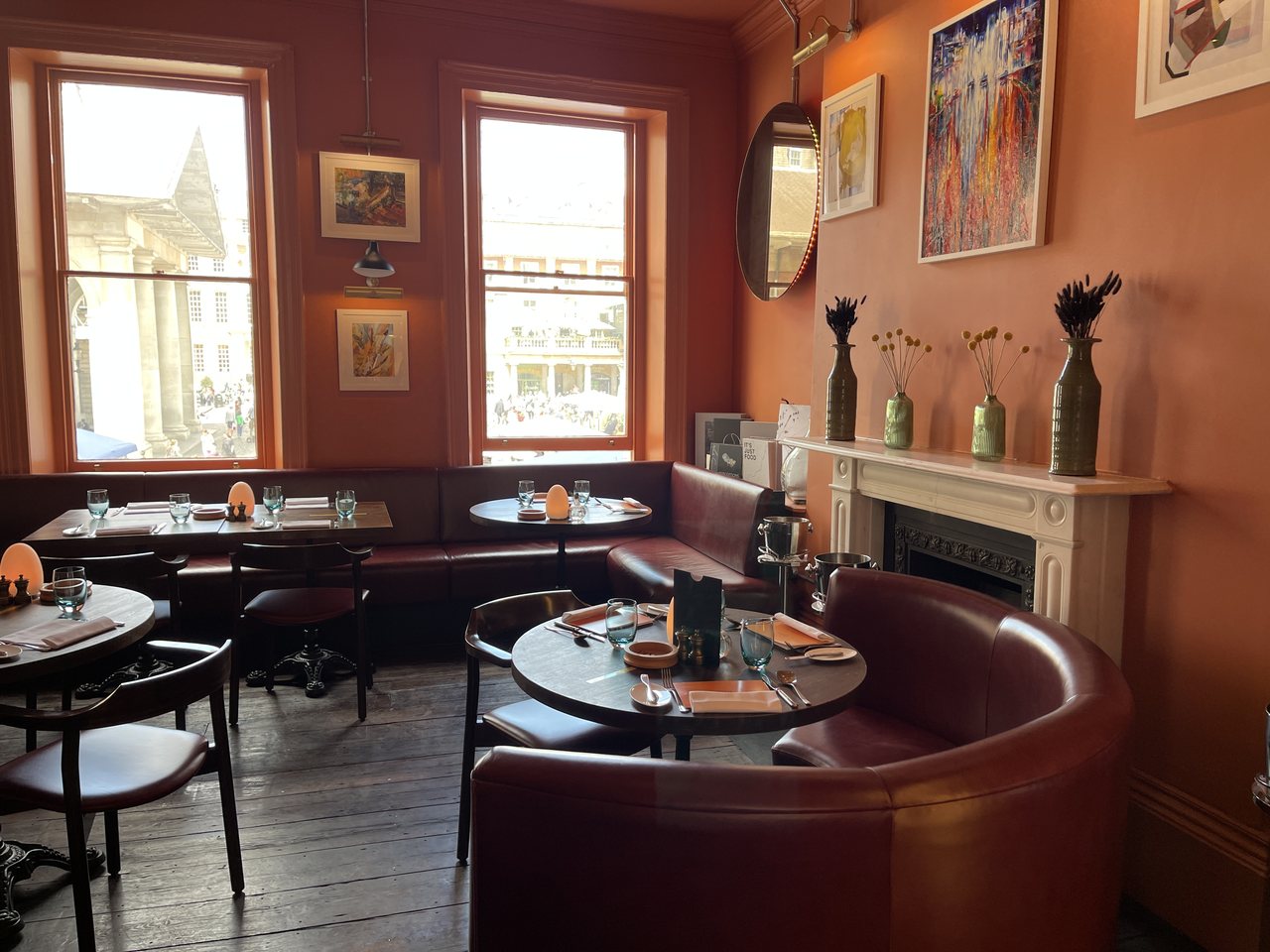 His newest venture Pivot opened in 2021. It’s a small, cosy space, with only 20 or so covers, located on the third floor of a charming 5-storey townhouse called 3Henrietta St and comes with views over Covent Garden’s central entertainment square. The food is a modern take on British gastronomy with a menu that changes monthly.

We visited though to try Mark Greenaways’ Sunday roast.

Two in our party chose the roast lamb and devoured it with gusto. The meat was succulent, the Yorkshire puddings simply perfect and the roast potatoes were crispy on the outside and superbly soft on the inside. I chose the steamed cod fillet which came with a parsley butter sauce.  (Main dishes are £21.00).

There are just two desserts, the banana Pavlova and a sticky toffee pudding (£7.00).

Verdict: The Sunday roast is the great British comfort food. Mark Greenaway brings to eat sophistication and superb textures and flavours and turns up the scrumptiousness of the Sunday Roast.

The book challenged the misconception of Scottish food by championing the world-class array of Scottish produce through fresh eyes and went on to be awarded ‘Best Cookbook in the World’ in the 2017 Gourmand Book Awards.

Perceptions Recipes from Restaurant Mark Greenaway is available hardback at Amazon for £31.72