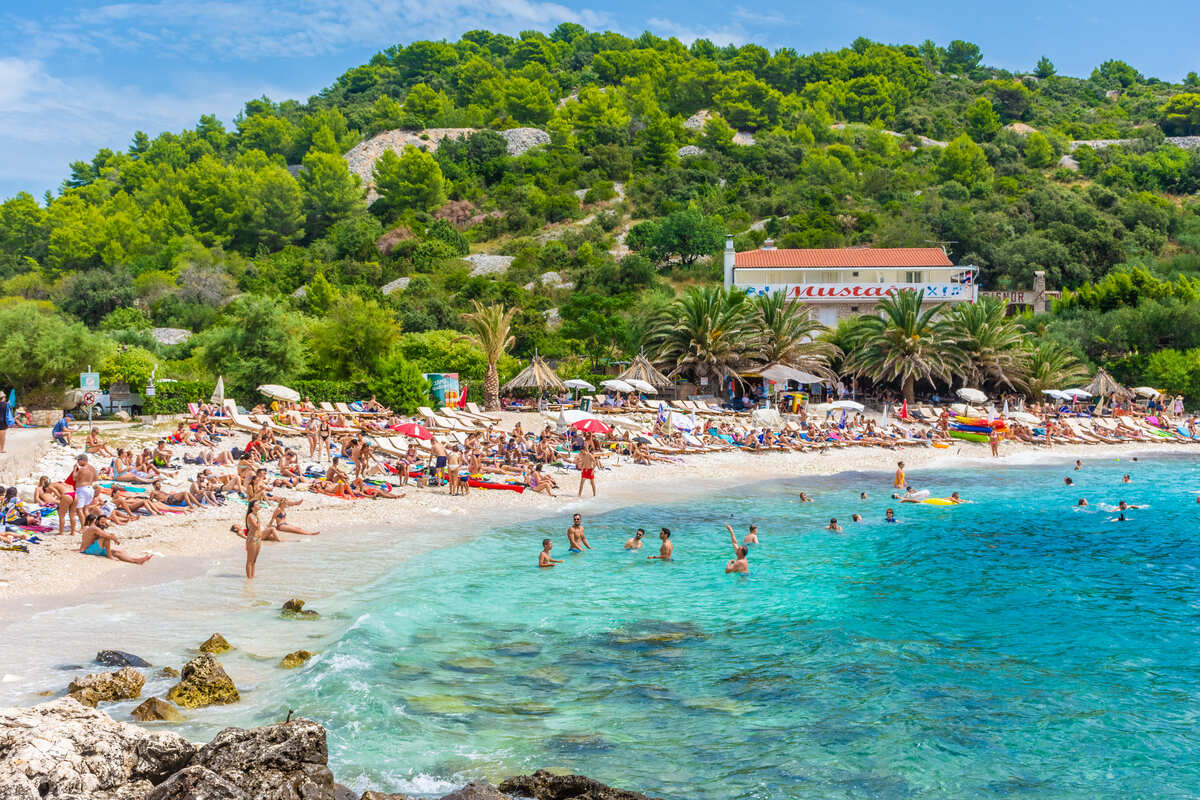 The costs associated with travel to Europe have risen absurdly as a result of the economic crisis, the ongoing pandemic, and lately the war in Ukraine. Visitors are feeling the pinch irrespective of their country of choice, whether it’s West or East, and adding to their owes, a popular sunny hotspot has seen prices skyrocket more than usual at the turn of the year.

Since January 1, Croatia has undergone profound changes that will dictate the its future as a tourist destination in the coming months. Besides joining the Schengen Area, Europe’s border-free zone, the Adriatic hub has dropped the kuna, the historical Hravastki currency, and adopted the euro: the latest nation to fully integrate into the European Single Market.

It may be true Croatia has been getting progressively more expensive in recent years, but the latest events seem to have aggravated the trend:

Nearly ten years into being in the EU, which it joined in 2013, Croatia has ascended into both the Schengen Area and the Eurozone, two select intra-EU groups it had not qualified for membership up until recently. From now on, traveling to the Dalmatian coast, travelers will notice two things are different than before: first, there’s a lack of border checks.

Having officially joined Schengen, a customs territory comprising 26 other countries, Croatia has abolished passport control and border formalities with all European states that are signatory to the treaty, such as Hungary and Slovenia, which it borders to the north. Effectively, this means any travel between these countries is treated as a domestic journey.

Secondly, there’s the issue of currency. Kunas are no longer a valid payment method in Croatia, following its induction into Europe’s monetary union. Although many hoped the price of items would merely be converted from kunas into euros, at the defunct currency’s exchange rate at the time of ‘Euroization’, this is not what happened:

The cost of living in Croatia has scaled vertiginously from January 1, as the stronger euro suddenly pushed the weaker kuna out of the market, and products, services, and transactions within the country were ‘Euroized’. Regrettably, both the transition period, which was bound to be challenging, and the EU-wide inflation have not helped ease the burden.

The market has been preparing for the swap for a number of years, adjusting prices to keep them in line with Eurozone countries, and in turn making travel to Croatia costlier than it once was in the pre-EU era, but contrary to earlier predictions, the price hikes were much more brutal than expected – sometimes, by 10 to 15 percent.

Croatia Is No Longer A Cheap ‘Eastern’ European Country To Visit

The financial strain is of course felt on a larger scale by middle-income Croatian families, but tourists were also affected: according to Economy Minister Davor Filipovic, inflation currently stands at 13.5 percent, with biggest hikes recorded across food products and non-alcoholic beverages, though other sectors were hit just as hard.

The Minister noted retail chains have been unashamedly trying to ‘deceive’ consumers by rounding fares to the nearest ten, or well above that. Needless to say, restaurants, hotels, guesthouses, and tourist attractions could see either slight, or significant increases in prices moving forward. In sum, Croatia is no longer a cheaper alternative to Spain or Italy.

The fact that 1,738 violations of the law on euro adoption were registered in only five days is not a good prospect, either. In order to keep prices from spiraling out of control, and protect Croats and tourists from abusive rates, the Minister was quoted saying ‘all options are on the table’, including black lists and a freeze on prices ‘on a wide array of products’.

If they’re looking for destinations where their tourist dollars will stretch the furthest in summer, Americans should perhaps consider going off-path and exploring lesser-known countries in Southeastern Europe where rates are notably lower than those of Croatia, or other overpriced Mediterranean destinations, such as Albania, Romania and Bulgaria.