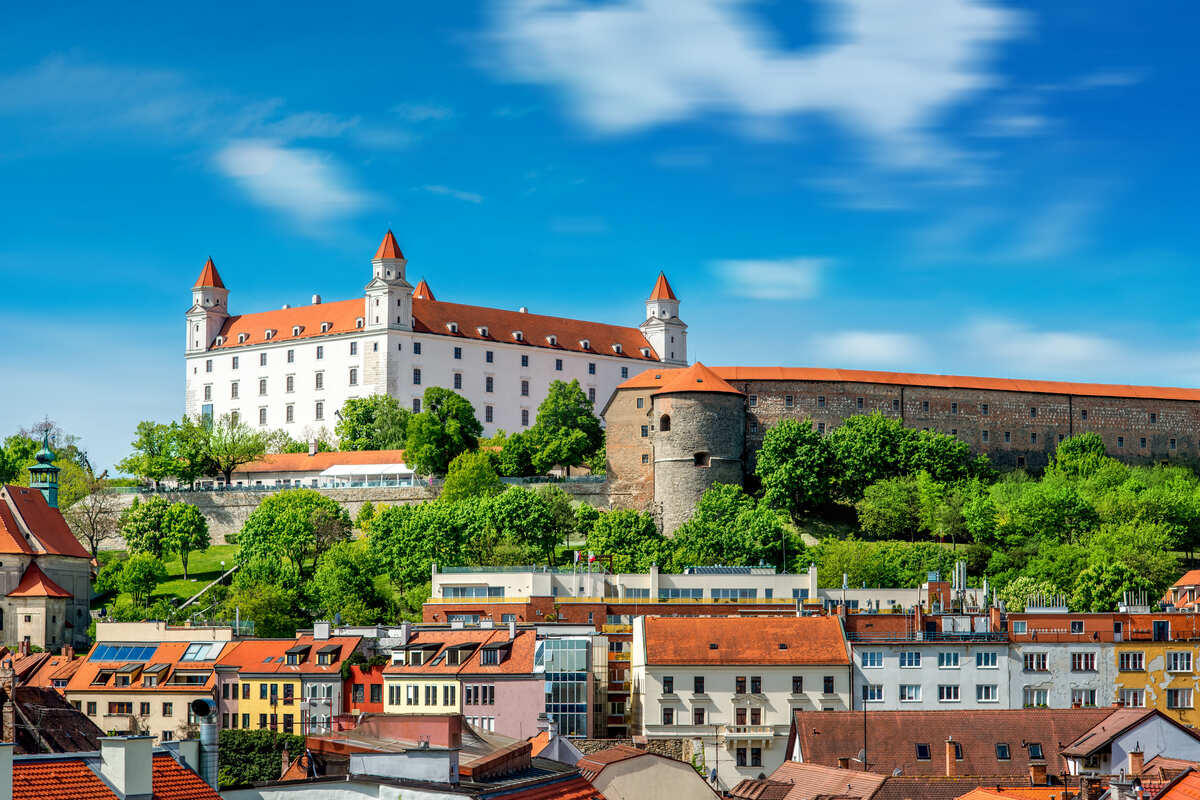 These Are The Safest Countries In Eastern Europe For Tourists

Eastern Europe is one of the most underrated, yet fascinating regions to explore as a tourist. Sadly, misinformation regarding safety levels, and the notion that Eastern countries are a hotbed of wars, with weak democracies, and where pickpockets run amok have certainly not helped their cause – but to which extent are these beliefs true? In other words, where in Eastern Europe tourists will be the safest?

What Is The Exact Definition Of A Safe Country?

According to the United Nations (UN), there are 23 countries in Eastern Europe (EE), which begins somewhere along the former Soviet border, and extends as far East as Western Russia. Out of those, 13 have been deemed completely safe to travel by the U.S. Department of State – more specifically, they were awarded the lowest-possible Level 1 badge on the entity’s Travel Advisory listings.

This means that, when visiting Level 1 states, Americans do not face heightened safety threats, or any particular health risk unrelated to the ongoing Covid pandemic. In fact, some of these destinations are much safer than the United States even, enjoying significantly lower rates of petty crimes, armed robbery and murder, and a high human development index.

Since the fall of the Berlin Wall, numerous EE nations made great strides in their quest for peace, tilting Westward, at least when it comes to foreign policy, and joining intergovernment military alliances like NATO, and the European Union (EU). Thanks to their efforts, the times when Eastern Europe was an obscure landmass where crime was rampant, and civil liberties curbed is but a distant memory.

Interestingly, Eastern countries that have assimilated into Western institutions form a majority among those classed as ‘safe’ by the U.S., with the complete list seen below:

Out of those, only Georgia is neither in NATO, nor the EU. Others like Montenegro and North Macedonia have not yet succeeded in finalizing their EU accession talks, but they have been NATO members since 2017 and 2020, respectively. All countries listed under the Level 1 category are perceived as ‘low-risk’ destinations.

Sadly, not all former Soviet Eastern countries have managed to shake off the ghosts of communism, and their dark past as easily as others, becoming authoritarian regimes where the rule of law is only loosely enforced, or at best, fragile democracies with widespread urban violence and a poor record of upholding human rights.

It’s a widely-known fact large swathes of Europe’s Far East are either engulfed by war, or facing huge democratic backslidings. This has led many tourists to wonder whether now is the right time to visit, especially when the invasion of Ukraine has shown no signs of slowing down, and tensions remain high.

That is the case with Belarus and Russia, commonly referred as Europe’s last-surviving dictatorships, and the hostile agents in the latest invasion of Ukraine. Due to the conflict, all three countries – Belarus, Russia and Ukraine – are considered no-go zones, being singled out as the only Level 4 destinations in the entire continent.

At Level 4, U.S. citizens are warned to refrain from traveling due to serious threat to life or health, the highest possible, ‘least safe’ level a country can reach. Luckily, a majority of EE destinations that have failed to qualify for Level 1 are instead a Level 2: essentially, visitors must maintain a higher situational awareness, but tourism is not discouraged:

EE Countries That Are Still Safe, But Where Increased Caution Is Advised

*Kosovo is recognized as a sovereign country by the United States, but wider UN recognition is limited; it is however included here.

Out of those listed above, Americans must do extensive research, and be particularly vigilant when touring Kosovo, a partially-recognized territory in the Balkan Peninsula, due to Kosovo’s strained relations with Serbia, which lays claim to the area. Conflicts in border zones have been known to erupt without warning, and cross-border travel between both may have its limitations.

Armenia and Azerbaijan are yet another pair at loggerheads over the status of a number of provinces, and they are extremely unlikely to re-establish diplomatic ties anytime soon. For that reason, Americans must not travel to the Armenian-Azerbaijani border, as well as the Nagorno-Karabakh region of Armenia ‘due to recent hostilities’.

Lastly, Moldova is widely regarded as safe, with the exception of Transnistria, a breakaway state sponsored by Russia, where Moldovan law and authority does not apply de facto. Most Americans visiting Transnistria will not encounter any problems, but the Department of State urges them to ‘reconsider travel’ now there’s a war in neighboring Ukraine.

Contrary To Popular Belief, Nearly 90% Of Eastern Europe Is Safe For Travel

In total, 58% of EE countries are at a tourist-friendly Level 1, while a further 87.5% are at either Level 1 or Level 2. There are no Level 3 destinations (where travel plans should be reconsiderered) in Eastern Europe, proving it is just as safe, if not safer, than these far more popular Western European hubs.

Of course, crime can still occur anywhere, and traveling abroad to countries where the culture is foreign, and the language is unfamiliar, Americans should make sure they take the necessary measures to improve their own security and reduce risks of being robbed, scammed, or finding themselves in dangerous situations.

Official advice for individual destinations can be found here.