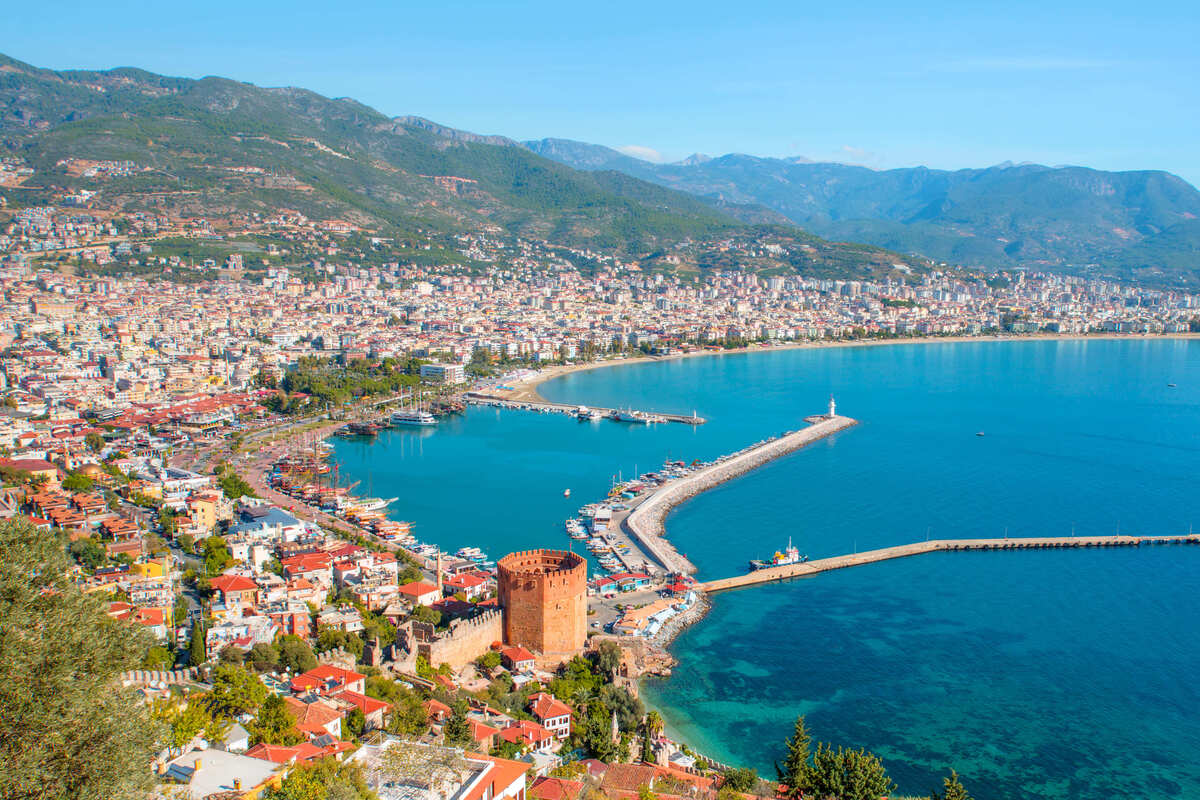 Surpassing household names like Miami, Rio, and Cancun, a beautiful coastal gem in Turkey has been confirmed as this year’s top city break. Already incredibly popular among Europeans, who form a majority of incoming guests, this emerging Mediterranean hub is yet to be discovered by the Americans.

Turkey (now renamed Turkyie) is one of the trendiest international destinations of the post-pandemic world. Home to Istanbul, the only cross-continental city in the world, the romantic valleys of Cappadocia, and UNESCO World Heritage Sites, including the historic ruins of Ephesus and Troy, it has been experiencing an unprecedented upsurge in tourism.

There may be an unlimited supply of world wonders in Turkey, but there is one gem in particular that has kept visitors coming back for more:

As customary, ForwardKeys published its yearly ranking of the top global destinations for 2022 based on recent air ticketing data. Unsurprisingly, the Dominican Republic (DR) was crowned the leader in bookings overall, thanks to a record-breaking year. Compared to 2019, it has welcomed 5% more tourists between January 1 and October 18.

In the top ten, the DR’s traditional competitors of Costa Rica, Mexico, and Jamaica all charted consecutively at numbers 3, 4, and 5. Both Costa Rica and Mexico have had a 2022 vs 2019 growth of 0%, while arrivals in Jamaica decreased by 5%, still enough for them to peak inside the top five, almost entirely dominated by Caribbean countries with one exception.

Turkey is the runner-up this year in spite of a post-pandemic growth of 0%, and this is largely attributed to the stellar performance of its biggest international sea resort: the Antalya Province. Led by the city of Antalya, the gateway to the Mediterranean coast, the region has already hosted 66% more tourists than it did in 2019.

Antalya is an ancient city first settled in 200 BC with a well-preserved historical core, comprising several Roman-era monuments, such as the landmark Hadrian’s Gate, medieval mosques, and colorful 18th and 19th-century Ottoman houses. Moreover, the area is popular for shopping, featuring souvenir shops and a Turkish bazaar.

Outside the Roman walls, you will find a vibrant, modern metropolis full of seafront resorts, tourist complexes, high-rise buildings, palm tree-lined promenades, and crystal-clear beaches. It’s precisely the contrast between the ancient polis and the 21st-century metropolis that makes it a fascinating, perfect sunny getaway.

Interestingly, U.S. sun-seekers are not entirely aware it exists. Back in 2019, Russians were the leading foreign nationality in Antalya, with over 4.7 million of them vacationing in the province. They are followed by the Germans (over 2 million), Ukrainians (762.000), and the British (623.000). Other valuable markets are France and Poland, but not the U.S.

Nevertheless, it easily claims the title of the world’s top city break this year, with ForwardKeys listing the depreciation of the Turkish lira against a much stronger dollar and the country’s relaxed Covid policies as contributing factors. Lack of promotion aside, Antalya is a very appealing alternative for Americans going abroad:

Antalya Is About 2.4 Cheaper Than A Greek Island

It is one of the most affordable Mediterranean vacay hotspots, and even though the Turkish coastline is, in some points, only one mile away from the Greek islands, prices here are much lower. In general, the cost of living in Greece is 2.4x more expensive, and tourists should be prepared to pay 3.3x more in restaurants, and up to 91.5% more in transportation.

Additionally, Turkey’s relaxed Covid policies ensured it stayed on top of its game throughout the health crisis. As Europe shut down for tourism for most of 2020 and 2021, it kept its borders open for Americans, albeit with varying rules at different periods. Then finally, this summer, it scrapped all entry requirements, reinstating normal tourism.

When it comes to Antalya specifically, it has seen nearly 11 million international arrivals in 2022 so far, outpacing not only global cities but entire countries. Acknowledging the excellent results, Governor Ersin Yazici stated ‘tourism is everything’ to them: ‘We carry the burden of being a province that generates around one-third of the country’s tourism revenue‘.

It is worth noting the wider province has a myriad of attractions within short driving distance of downtown Antalya:

Pro-tip? Ahead of booking those flights – and you absolutely should – make sure you’re read our Top 10 Things To Know Before Visiting Antalya.