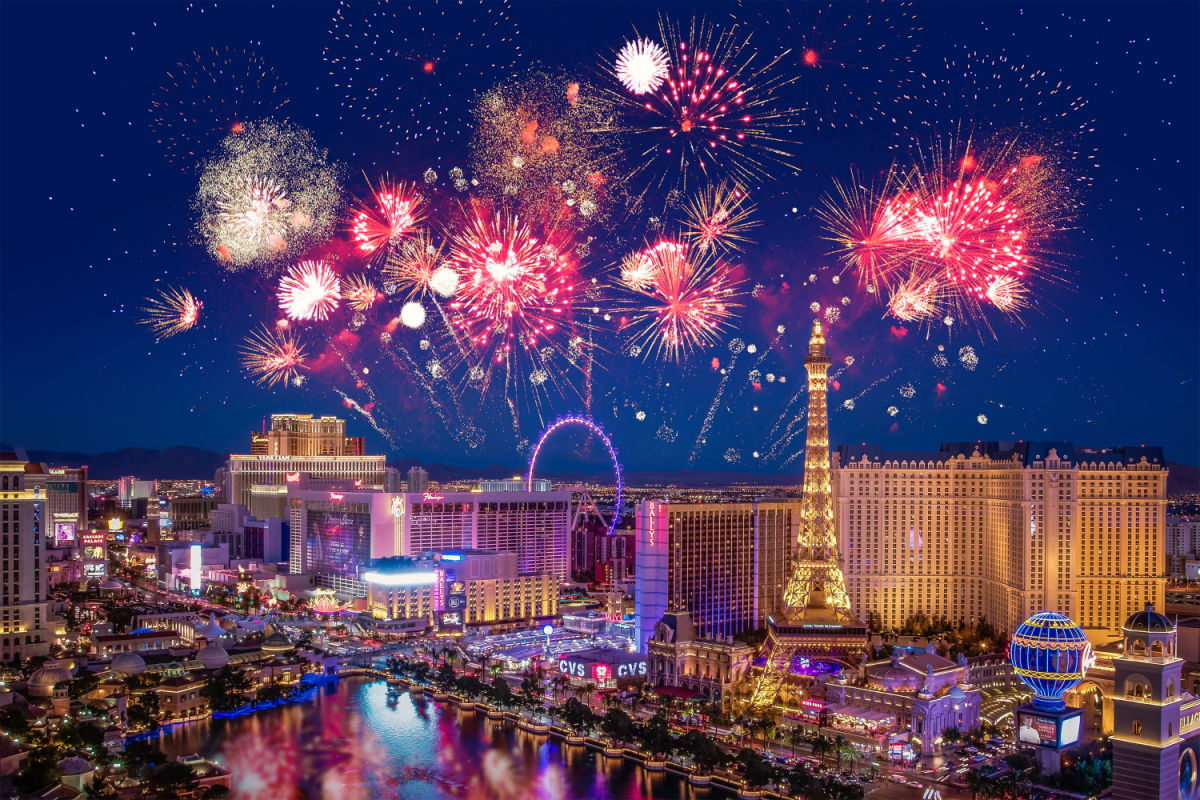 The countdown is on, and within weeks we’ll have 2022 in our rearview mirror. Nothing says end of the year like fireworks, and with travel fully reinvigorated this year, countries are pulling out their best. Residents and tourists have been waiting patiently to celebrate New Year’s Eve since most cities canceled their end-of-year celebrations for the past few years, but this year should be bigger and better than ever.

Below are some of the most extravagant fireworks displays you’ll be able to gaze at while celebrating the new year.

Party city wouldn’t live up to its reputation if it didn’t go grand on the biggest party night of the year. Vegas is considered one of the best places to spend New Year’s in the USA due to its eye-catching fireworks and live entertainment. For a special treat, the city closes its famous Las Vegas strip to vehicles and turns it into one giant block party.

At midnight, 8 major casinos set off fireworks from their rooftops in a choreographed display, while the Plaza Hotel holds an exclusive rooftop fireworks-viewing party. You’ll have plenty of options for entertainment, with popular musicians such as Usher, Maroon5, and Rick Ross offering celebratory performances at their respective locations.

This list wouldn’t be complete without the city that throws the world’s largest New Year’s Eve fireworks. Not only will you get bragging rights as the first to ring in the new year (Sydney is GMT +11 hours), but with Australia fully reopening its borders this year, the fireworks display is bound to be like no other. Millions of people flock to Sydney each year to watch this remarkable spectacle, with the main attractions coming from Sydney’s iconic Harbor Bridge and the Opera House.

Each year, Sydney hosts two different fireworks displays, one at 9 pm for families, with this year’s theme reflecting the local histories and contemporary experiences of Indigenous storytellers, and a big 12-minute finale at midnight, which is perfectly synchronized to music.

Dubai does not fall short of locations that are competing for the best displays. If downtown is more your scene, head towards Burj Khalifa, which is the world’s tallest manmade structure known to be center stage for the most extravagant fireworks with a 20-minute display.

Further south, the iconic Burj Al Arab Jumeirah, located on a man-made island, will host eight-minute synchronized fireworks over water that stretches a mile along the beachfront of Dubai. With over 6,000 fireworks and pyrotechnic special effects, guests can watch the fireworks glisten in the water’s reflection from multiple vantage points.

Other hot spots include the heritage district of Al Seef, Atlantis at the Palm, where pop princess Kylie Minogue will be performing, and family-friendly La Mer.

London New Year’s Eve is finally returning after its 2-year hiatus, which is probably why tickets to its allocated viewing areas have already sold out. This doesn’t mean you won’t be able to find other vantage points and locations to check out the show. The iconic Big Ben will ring out at midnight with UK’s largest annual fireworks display happening near the London Eye.

Take your pick from watching the fireworks on a New Year’s Eve cruise on River Thames, dancing until the early hours in one of London’s many clubs, or catching the view while dining for a delicious meal.

Edinburgh is bringing its 3-day festival Edinburgh Hogmany back with a bang which brings together live music, street parties, and incredible fireworks to lead up to the new year. Considered one of the best New Year’s Eve events in the world, you’ll find plenty of entertainment to keep you occupied.

The popular fireworks show kicks off from Edinburgh Castle, which has been designed to be watched from the street party in Princes Street Gardens — one of the locations of the festival. Although the festival is a ticketed event, there are still other spots around the city that give you a great view, such as Inverleith Park, Calton Hill, or Bruntsfield Links. Just make sure you bring a blanket and something warm since it’s quite chilly at this time of year.

Known as Rio’s second-largest party after Carnival, Copacabana Beach turns into a spectacle for New Year’s Eve, known by locals as “Réveillon.” The best part is the beach is free, which means anyone can enjoy the celebration but expect to share it with 2.5 million tourists.

Ahead of the fireworks, enjoy listening to live music along the beach, with several stages set up along the way. At midnight, a 20-minute firework display goes into action with fireworks set off from the boats and barges on the water, where you can also watch the giant cruise ships lighting up the harbor with their festivities.

Paris has more than just fireworks on display for new year’s. All around the city, famous landmarks are lit up in spectacular displays as visitors and locals get ready to ring in the new year.

The main event takes place at the famous Arc De Triomphe, where residents and tourists flock to the world’s most beautiful avenue des Champs-Élysées to catch the magical show. You can also check out the dazzling Eiffel Tower, which will be displaying a stunning light show to ring in the new year. Once midnight arrives, an incredible fireworks display takes place at Champs-Élysées as the city rings in the new year in style.