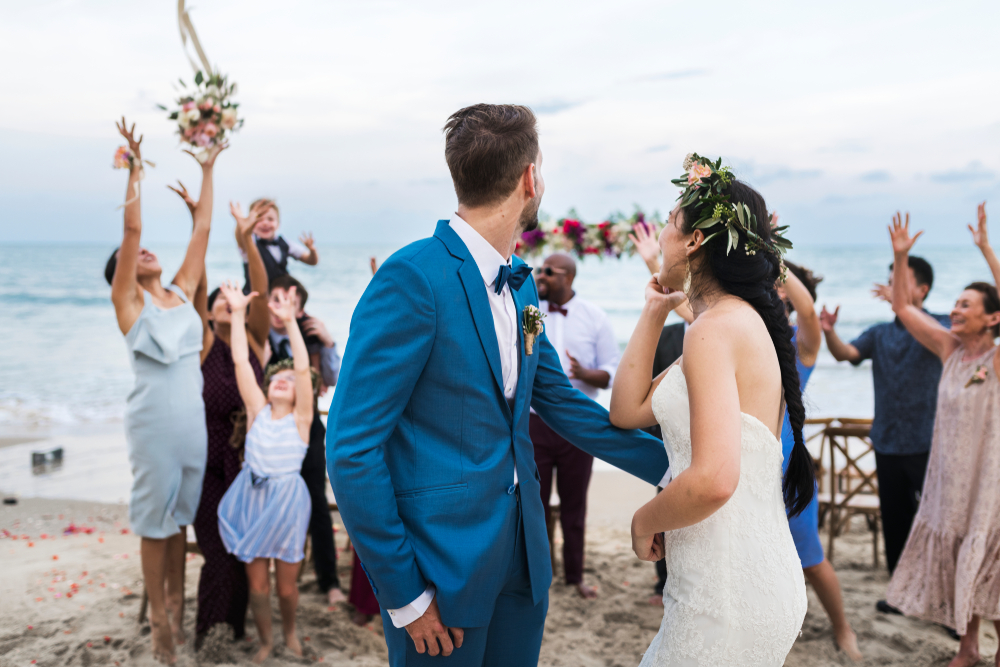 Research by wedding finance experts at money.co.uk has revealed that India is the world’s most sought-after place for a destination wedding, according to Google search data. By analysing Google search data for ‘wedding in + [destination]’ in nearly every country around the  world, money.co.uk discovered that India is where the world wants to get married the most as it tops the searches in an impressive 38 countries. Australia, Canada, Fiji, Jamaica, Mexico, New Zealand, the USA and Singapore are all among the countries searching for weddings in India the most, and it’s no surprise it is such a popular place for a destination wedding as it gives couples so many options for the backdrop to their big day. If you’re a couple of beach lovers then Goa is perfect for a romantic wedding on the sand, but if you want a more extravagant day, Udaipur is the place to be offering lakes and places as your surroundings.

Italy is the second-most Googled place for a destination wedding being searched for more than any other wedding destination in 28 countries. The countries wanting to tie the knot in Italy the most include Cambodia, France, Greece, Northern Ireland, Scotland, Sri Lanka, Sweden, Thailand, and 20 others. With celebrities like Kourtney Kardashian recently getting married in the country of love and romance, it’s no surprise that so many people want to host their wedding there, too.

Turkey and Nigeria are tied in the third position as they both come out on top in 12 countries, whilst France closely follows with 11 countries searching for weddings there. France is another place offering couples so many options for their big day – from a stunning chateau in the country to a chic-city setting – which is why the likes of Albania, Madagascar, Mali, and several others are searching to get married here more than anywhere else.

Rounding off the top destination wedding list is Greece, which is the most Googled wedding destination in Armenia, Brazil, England, Hungary, South Africa, and Wales. It is also the fourth European location to feature in the top six list, with many more featuring further down this list, including Portugal which completes the top 10 list with three countries wanting a destination wedding there.

The top 10 is completed by Morocco, the Maldives, and Hawaii, which all top the searches in four countries each.

Italy is the most desirable place to tie the knot for European countries, as it is the most-searched wedding destination in 21 countries on the continent. Scotland, Northern Ireland, France, Denmark, Greece, Norway, and Switzerland are all among the European countries wanting to get wed in the country most associated with love. The Maldives is the second-most searched place for a destination wedding, with Croatia, Cyprus, Turkey and Ukraine all Googling weddings on the stunning tropical island. Rome, Paris, Tuscany and Portugal are all tied in third place coming out on top for two countries each.

In Africa, it is that Nigeria claims the top spot with 11 African countries wanting to tie the knot there more than any other location. Botswana, Cameroon, Ghana, Liberia, Lybia, Namibia, Rwanda, Sierra Leone, Tanzania, The Gambia, and Uganda are the 11 countries in Africa searching for ‘wedding in Nigeria’ the most. France is the second-most popular place for a destination wedding for Africa, as it is Googled the most in nine countries, followed by Turkey in third place (four countries), and then Portugal, Mali, and India are tied in fourth place.

India (as well as being the global winner for destination weddings) is the most desired country to host a wedding for 16 countries in North America. Amongst the countries searching for ‘wedding in India’ the most are the USA, Canada, Mexico and The Bahamas. The next destination on the list is Turkey, with Guatemala and Honduras searching for weddings there more than any other location.

India once again claims the top spot coming out as the number one place for a destination wedding for six South American countries, including Chile, Colombia, Ecuador, Guyana, Peru and Venezuela. Italy is second on South America’s most sought-after wedding destinations list, as it tops the searches in Paraguay and Uruguay.

For Oceania, India once again comes out on top. Australia, Fiji, New Zealand, Palau, and Papua New Guinea are the five Oceania countries wanting to get married in India more than any other country. Meanwhile, Fiji is second-place, being Googled for weddings the most in the Solomon Islands, Tuvalu, and Vanuatu. New Zealand, Samoa and Hawaii are the only other countries to feature in this continent’s top searched-for wedding destinations.

Looking specifically at where the US states want to hold their special day, the research revealed India is a clear winner as it tops the searches in 42 states in total. Hawaii is the second most searched for in the States, followed by Maui which is the most Googled wedding destination in Hawaii.