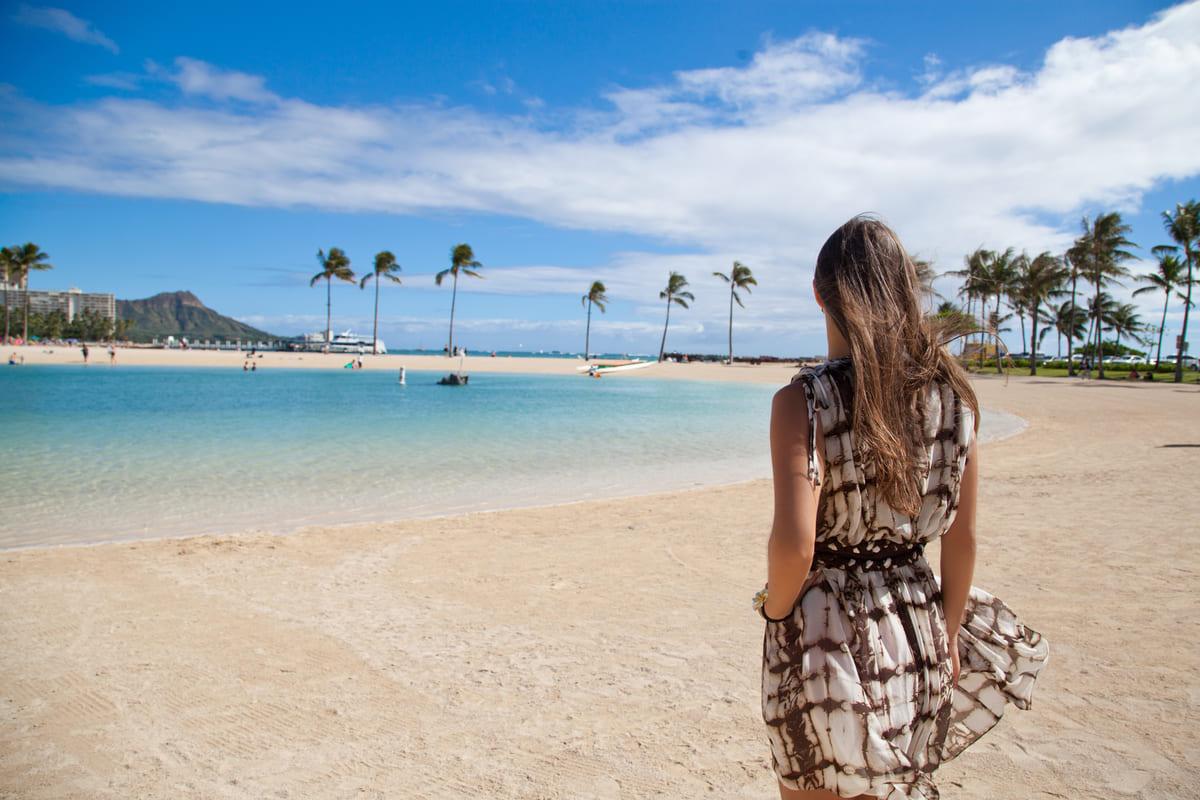 The cost of travel has increased exponentially this year, influenced by the economic crisis and the pent-up demand resulting from two years of pandemic management. Interestingly, several destinations continued reporting record revenues: one of them is Hawaii, a place tourists continue flocking into despite soaring prices.

Hawaii’s latest visitor numbers are incredibly close to reaching pre-pandemic levels, proving the population’s perceived drop of buying power has not influenced the tropical state’s performance on the tourism front. In fact, it received nearly one million visitors in July only, securing the status of America’s favorite domestic beach destination.

Taking into account the volatile scenario and the financial hurdles facing a majority of travelers, why is the ultra-expensive Hawaii still so attractive?

In the pre-pandemic years, Hawaii used to attract more tourism revenue than the busy hotspots of Cambodia, Brazil and Costa Rica combined. While arrivals notably reached historic lows in the turbulent years of 2020 and 2021, judging by its latest numbers, which signal a 92.4 per cent recovery compared to 2019, the Aloha State is now reclaiming its prestige.

July’s figures account for the highest volume of visitors the islands have received since January 2020, when the virus erupted and tough measures were brought in to curb its dissemination, including the closure of external Hawaiian borders. In total, $1.94 billion in tourist dollars were spent last month, 14.3 percent more than July 2019.

While we do not have access to data confirming this, this could be a reflection of the rise in costs, especially flight tickets and hotels, seeing that a full tourism recovery has not been achieved yet. Nevertheless, more than 90% of Hawaii’s once-shunned tourists are back, and inflated fares do not seem to be a huge concern here.

In July, hotel prices in the U.S. reached another historical peak of $159.08 on average per night, according to STR, or 17.5 per cent more than July 2019. Some destinations were particularly affected, such as Miami, where a sharp 50 per cent increase was observed. Hawaii’s was lower at a more moderate 36.1 per cent – still, it was far above the national average.

When visiting Hawaii in general, mainland Americans can expect to pay roughly $413.57 nightly, though some individual islands, like Oahu, may offer cheaper rates (17.9 increase only). Additionally, Hawaiian authorities have increased the controversial tourist tax, now 39.3 per cent higher than it used to be in 2019.

These latest hikes, placing Hawaii on a list of destinations openly discouraging budget travelers from returning, have not had a detrimental effect on the state’s growing popularity. The government reports a hotel occupancy rate of 81.5 per cent, a negligible 3.8 points lower than pre-Covid 2019. On top of that, Hawaii is already fighting overtourism only five months after reopening.

To draw a comparison, occupancy rates for the whole of the U.S. were actually down to 69.6 per cent in July following a 70 per cent peak in June, its most successful month since early 2020 – even then, significantly lower than Hawaii’s 81.5 points. In simpler terms, the Pacific retreat is more popular than it ever was.

So yes, it’s true travel demand is at its peak, notwithstanding inflation, but why Hawaii specifically?

The Answer Lies With Hawaii’s Natural Assets And Diversity

As asserted in a study conducted by booking platform Hostelworld on current solo travel trends, 74% of respondents claimed their primary goal when traveling now that the darker days of Covid are past is ‘natural world experiences’. This is partly why Central America is experiencing a boom in tourism lately, alongside other sub-regions where nature exists in abundance.

There is no state like Hawaii in the whole of the United States: an archipelago of 137 volcanic islands spanning close to 1,500 miles, this Pacific treasure is home to some of the nation’s most beautiful, and naturally diverse ecoparks, as well as a few of the world’s top-rated beaches and outdoor activities.

All of the six main Hawaiian islands – Kauai, Oahu, Molojai, Lanai, Mahui and the eponymous Hawaii – have their own distinct vibe and offer visitors unique experiences, be it luxury all-inclusives, nature retreats, or just pure beach relaxation. Of course, Hawaii is famous for its shiny blue ocean and white-sand beaches, rivaling those of popular sunny breaks like Cancun and The Dominican Republic.

Furthermore, the Westernmost state has been recognized by CNN as a trendy fall destination, with writers mentioning the rich marine life found here, whale watching and other open sea attractions. Other travel experts have also listed it as the perfect ‘babymoon‘ destination, surfing capital of the world, an LGBTQ+ haven – especially Oahu – and countless other accolades and titles.

In sum, there is a Hawaii island for every traveler profile:

Having dropped all of its Covid restrictions, including mandatory mask wearing in public spaces, and rescinding travel rules applying to those coming from other U.S. destinations, the state is one of the most welcoming destinations in the Western World right now, making it even more appealing among restriction-wary Americans… even if that means they’ll be paying a higher price for one week in paradise.