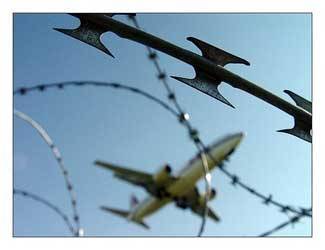 Officials in the United States have confirmed passengers originating from countries at risk of Ebola will be forced to fly to airports with screen procedures for the virus in place.

This is the first time the United States has placed any restrictions on travel in relation to the disease, and comes after days of mounting pressure to ban all travel from affected countries.

All recent travellers to Liberia, Sierra Leone or Guinea will now be subject to basic tests for fever and face questioning on possible exposure to the disease.

“We are continually evaluating whether additional restrictions or added screening and precautionary measures are necessary to protect the American people and will act accordingly,” added Homeland Security secretary Jeh Johnson in a statement.

Test provided at these locations are designed to supplement exit screenings that take place in Liberia, Sierra Leone and Guinea.

There are presently no direct flights from these three countries into the US.

However, passengers who have been there in the last 21 days and travel through foreign airports will now be required to first enter the US through one of these five airports.

“All passengers arriving in the United States whose travel originates in Liberia, Sierra Leone or Guinea will be required to fly into one of the five airports that have the enhanced screening and additional resources in place,” said Johnson.

“We are working closely with the airlines to implement these restrictions with minimal travel disruption. If not already handled by the airlines, the few impacted travellers should contact the airlines for rebooking, as needed.”
Interestingly, the news came as Rwanda announced new travel restrictions on travellers arriving from the United States and Spain.

Both countries have been hit with confirmed Ebola infections in recent weeks.

“Visitors who have been in the United States or Spain during the last 22 days are now required to report their medical condition – regardless of whether they are experiencing symptoms of Ebola,” said a statement from Rwandan officials.